I took a trip to College Pool to escape the royal wedding. Although only one person was there on arrival, there were 7 other cars in the car park when we left - as busy as I've ever seen the place! It was a strange day which saw me catch a few small Perch, before hooking up with 6 Bream.

The first was foulhooked and although I landed it, the fish did a bit of a gymnastic movement and flipped out of my shallow net and shed the hook. So, I didn't physically contact that one. The next one I had totally under control, but the hook pulled clear just as I was drawing it to the net. At that point, I figured it wasn't going to be my day!

I went on to land the other 4 Bream, but no fewer than 3 of them were foulhooked. I had been getting loads of line bites and I can only imagine the fish were in spawning mood and just moving across the baited area, but not actually feeding. Occasionally the odd one would snag up on my rig. I could probably have been quite successful with no bait on my hook today!

All 4 Bream were over the 5lb mark, but none of them topped my best for the season.
5lb 2oz 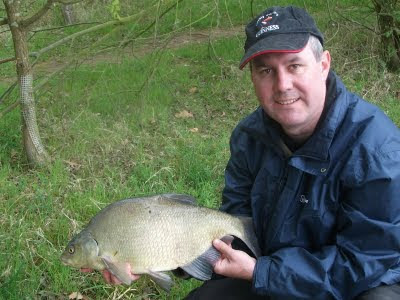 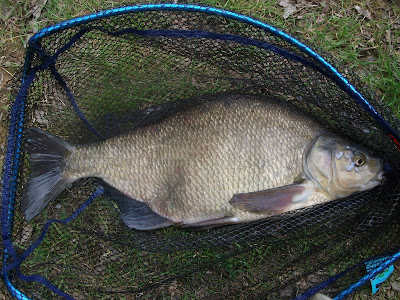 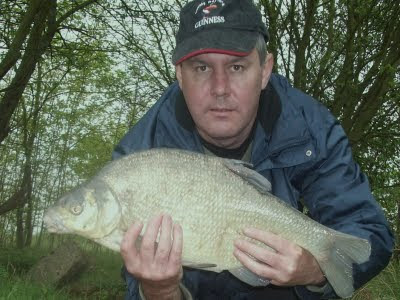 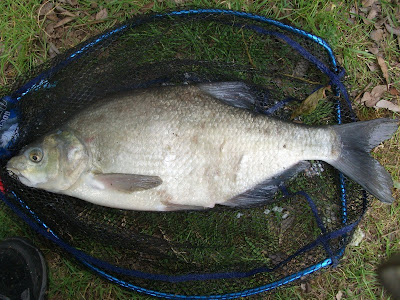 21lb 8oz in total, which I'd normally be happy with, but foulhooking so many fish is not exactly pleasurable.

Bank holiday Monday saw me make a long overdue trip to Snitterfield Reservoir. It was another glorious day and I was hoping the Crucians would show up for a few more bonus points for the challenge. Sadly they didn't read the script! 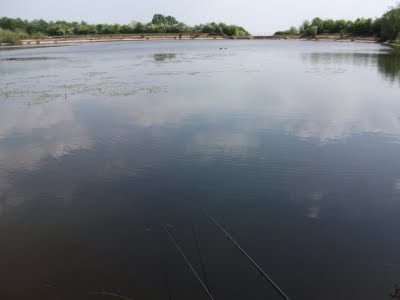 Plenty of fish showed up throughout the day to various approaches and there was always some activity in the water. In all honesty I probably chopped and changed too much and I should have just stuck to a fixed game plan, with more focus on getting the feed right. I still ended up with around 30lb of fish though, so I'm not going to complain.

A sample of what was on offer: 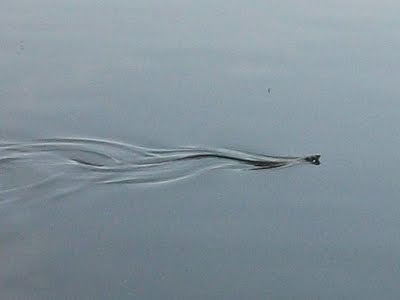 Plenty of these averaging around the 1lb mark 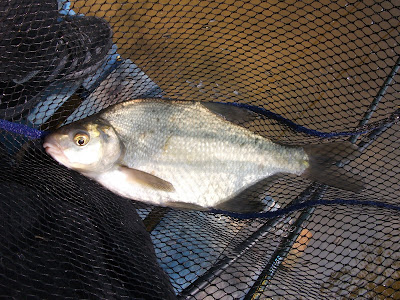 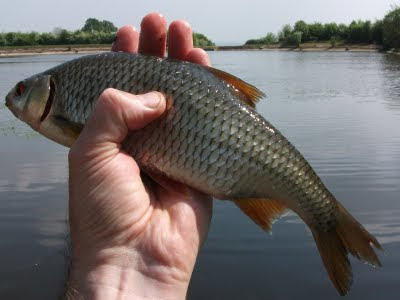 I also had a small Perch, Rudd, Hybrids and a few very small Tench - the first time I have caught any Tench at the Rese, but I'd been told to expect them by an angler I'd spoken to earlier in the day.

Towards the end of the session, I thought I'd adapt one of my rigs and have a crack at the Carp with a floater. I've never had any success with the Carp at the Rese in the past - just a few near misses where the Carp came out on top.

On this occasion I won the battles though and I managed to pluck a couple of Carp off the top using bread. Neither of them were as big as I'd hoped though, but it was good fun nonetheless and I stuck a little more on the challenge scoreboard - enough to trip me over the 200 point barrier.
8lb 7oz 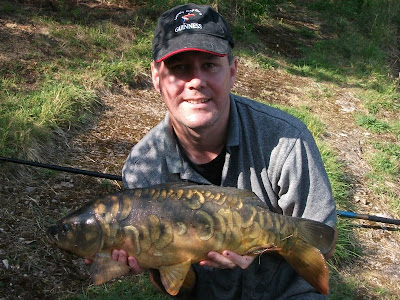 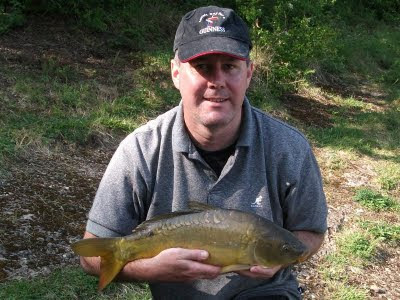 I'd been joined on the trip by an old friend, Steve, who was new to the venue. He'd had a little less luck with the Carp, having had one of his pole rigs brutalised by one of the resident lumps. He switched to a rod and line tactics, but never managed to hook another one, although he did catch some nice Roach and a few skimmers on meat instead.

Earlier on he'd caught an interesting fish that I'm still not sure about. Initially we thought it was a Crucian, but the tail is very big and it put me off. That said, I've never seen a really decent Crucian, so what do I know?! Whether it is or isn't, it was a nice looking fish that went 2lb 4oz. 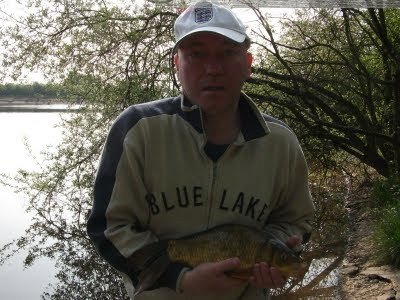 Back to College Pool for a brief morning session today. The idea was to get amongst the better Bream, as they've eluded me on previous visits this year. Usual tactics were the order of the day - ball it in at start and fish patiently over it for 4 hours with bread and maggots.

I managed just 5 fish, the first of which was a small Roach to the maggot rig. A better fish followed on the same set up, which turned out to be more like what I was after - a Bream of 5lb 13oz, which stuck over a 1lb on my best for this year. Still a bit short of my target for the year, but at least I'm a lot closer to it now. 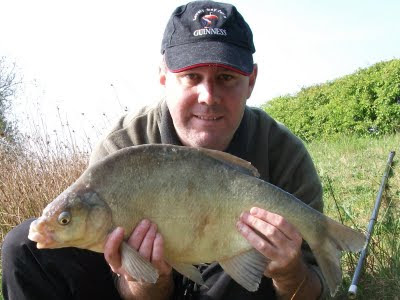 The next fish gave an odd kind of fight, which fooled me into thinking I'd hooked a decent silver fish - a big Perch I thought for a moment. It turned out to be a foulhooked small Tench! Another Bream followed later on - this time on the breadflake rig. It was a fish in the 3.5lb to 4lb range and blind in one eye, so I took a quick photo of its better side and slipped it back. The action was far from frantic though, although I'm sure a light rig fished higher up in the water would have taken plenty of silver fish. I could see a few Carp milling around at the end of the pool, so I thought I'd try for one before calling it a day.
A quick change to the bread rig and I chucked out a controller float with a piece of floating bread, which lasted barely a minute before being woofed down. As ever, the Carp here seem to fight like demons, but I won the battle to avoid it snagging me up and banked a fish of 7lb 4oz. The photo was a bit hurried! 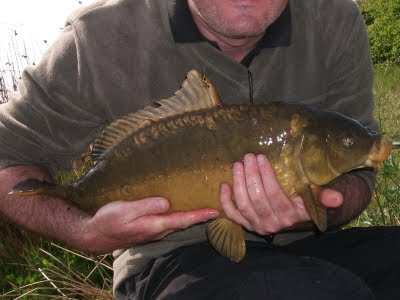 Keeping the momentum - just about!

Just a very brief session for me this weekend, as it was Grand National day and time to donate some money to the turf accountants. Brian was engaged with family removal work, so I was on my own again. With the glorious weather we were forecast, I couldn't help strolling around the corner for a couple of hours on the disused former golf course, prior to the racing.

I fancied trying the pool we refer to as Parkers, but on arrival I spotted a tent in the far corner. Initially I thought it was a knackered old discarded tent, but a few movements started to appear and it was definitely inhabited - but by what? Now, round these parts you come to learn that it isn't likely to be a group of young Scandinavian females on a field trip. It's most likely to be NEDs, chavs, tramps, or those intent on eating anything that swims.

On this occasion it was 3 NEDs. I thought I might still give it a go, as they might turn out to be quiet NEDs. Bad mistake! No sooner were they out of the tent and the music was turned on and one of them was 15ft up a tree, smashing up as many branches as possible and acting like a prize tool. I don't actually believe they were trying to upset me - this was probably normal behaviour! At this point, I made the sensible choice to up sticks and move 150 yards to the sanctuary of the Crater pool.

It took half an hour to build the swim up properly, but the pool is crawling with fish, so once you have their attention, it's a rapid fire bite a chuck thereafter. Maggots attract too many very small fish, so I tend to stick to the corn on here once they get their heads down. I was hoping to get one of the better Rudd that are knocking around the pound mark, but my best effort in the short time was 8oz, which added a few ounces to my score for the year. 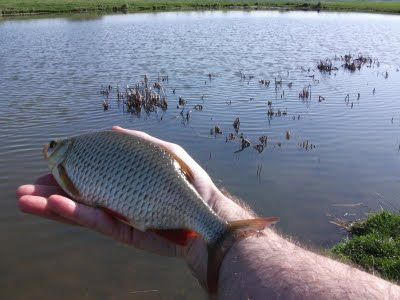 It actually looks more Roach like from that angle, but it was a Rudd. I had the usual mix of fish including a few small Roach and Perch, along with some of the interesting looking hybrids that inhabit this small water.

As always, I had the usual passer by offering advice. Why is it that no matter which of the 4 ponds you fish on this site, you always get told you should be fishing a different pool? To be fair on this occasion I think it's clear that Crater offers the least potential for big fish and I was a bit gutted not to have tried Parkers. Still, it's not too far away and there's plenty of the year left.
Posted by Sean at 13:21 3 comments:

We had a go at the unpredictable Ryton pool this weekend. I'm not sure sure what's going on with Ryton in terms of the lease with Leamington AA, although I had heard on the grapevine that the owners wanted to increase the price substantially, which may prove too much for the club to absorb.

The club website still lists the Ryton visitor centre as an outlet to purchase club books and still shows the venue map. There's no signs to indicate that fishing has ceased and no word from the club through the website or newsletters that some of us are signed up to. For now, I'm working on the theory that LAA give existing members 1 month's grace to renew membership. I don't have the 2011/12 club book yet, so I'll continue during April to work off the old club book unless something else comes to light. If anyone is in the know, feel free to comment.

On to the fishing and it was a case of persistence paying off. After a slow start which saw just a half pound Perch banked in the first couple of hours, I took the decision to ditch the float rig and go for 2 straight lead rigs fished about 3 rod lengths out over a pool table sized area I'd balled in at the off. It paid off very quickly in the shape of a long lean Tench which turned out to be the best of the day at 5lb 3oz. 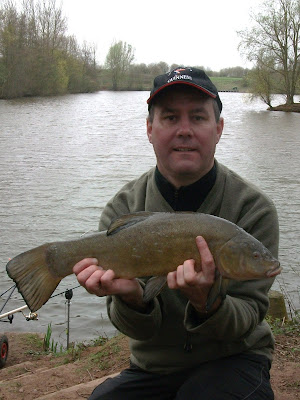 Seven more Tench followed throughout the day at various intervals, with the pick of the others being fish of 4lb and 4lb 8oz. I also managed to sneak out a couple more Perch, the best one being a rather plump looking fish of 1lb 3oz which fell to a worm/maggot cocktail. 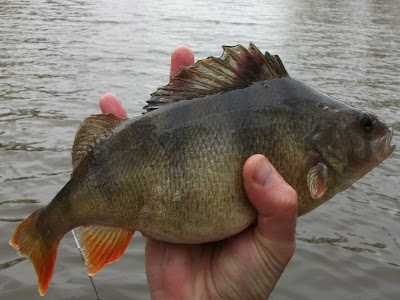 I also scored a few further token challenge points for a small Rudd of 5oz. 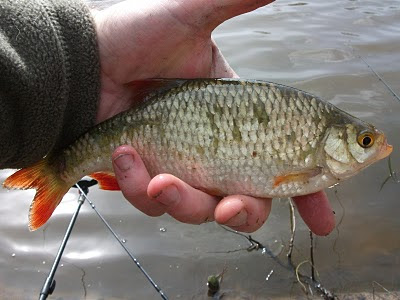 Some of the other Tench: 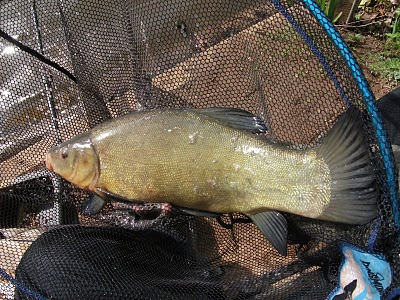 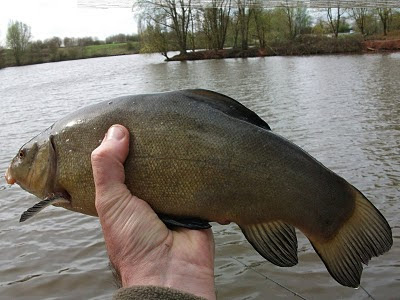 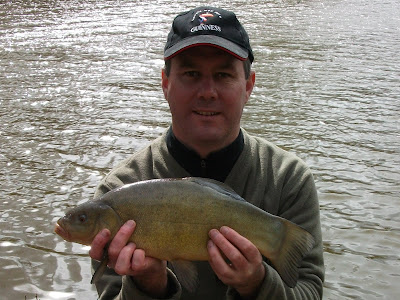 Brian struggled on the next peg and achieved his customary Ryton blank. For that reason, the day wasn't quite as enjoyable as it might have been, despite me banking almost 30lb of fish.
It's my best ever start to a season at Ryton by a long, long way. Of course, with the Ryton future currently seeming uncertain, the season there might be over soon after its begun.
Posted by Sean at 05:41 4 comments: