Time for a long overdue catch up, but don't expect to hear tales of great success. I've suffered one hell of a lean spell since the season started. In all honesty I haven't spent that much time on the bank due to various events I've attended, most of which involved a few beers and ruled out fishing the next day for obvious reasons!

The time I have spent fishing has all too often been short sessions at the wrong time of day. I probably haven't done myself any favours by stubbornly sticking with tactics and venues that were all wrong in the conditions - a fatal combination of blind hope, lethargy and ineptude on my part. I'm blaming it on the heat!

The Ashes has been a pleasant distraction though and I've got my stall set out properly when I combine cricket and fishing. I've found that my DAB pocket radio which can sometimes struggle to retain reception, works a treat when secured to an extendable bankstick: 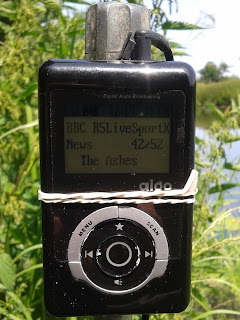 The Avon has yielded precious little for me. I really want to bag myself a decent Bream from there this year, but things haven't fallen into place yet. The water has been far too low and clear, coupled with bright days. 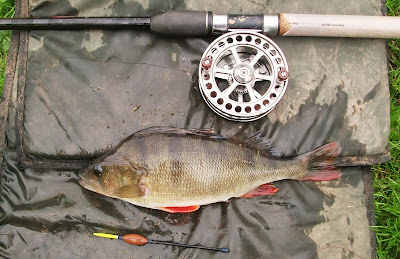 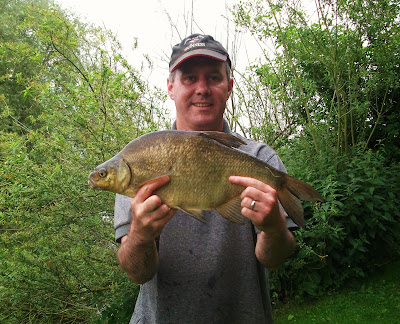 I had a bit of fun with a rather dumb Pike during the latter part of a session. It attacked my feeder and managed to grab the hookbait, duly biting it off after a brief tussle. I reached for the telescopic rod that I keep on standby for these moments. First run through with a plug and the Pike showed itself again. Time after time it appeared to show interest but it wouldn't take the moving plug.

I slowed the plug down and eventually ground it to a halt at the end of my 8ft rod - static plug fishing! The Pike got closer and closer until its nose was practically touching the plug. The stalemate ended with the Pike snapping wildly at the plug, followed by me yanking the plug into thin air!

﻿
One more failed attempt was followed by success though - again with the plug absolutely static. 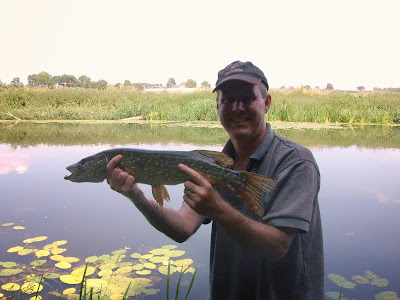 I had a couple of sessions on the River Wye also, but that was in blistering heat. The river was very low, clear and canoes were out in force on one of the days. Being on the bank very early and/or very late was imperative, but as often happens on these weekends a few beers turns into a gallon+ and bang goes the fishing. Just one Barbel to my name and a small one at that: 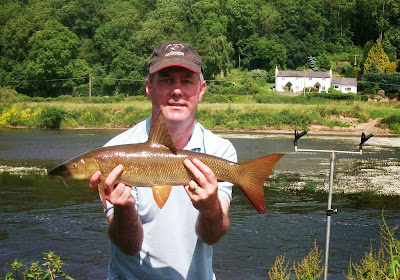 I've never seen so many swans either. At one point a continuous run of 43 came through the swim! 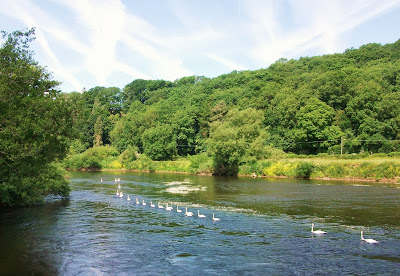 During the slow hours on the second day, I heard some loud snoring. I looked across at the next peg and assumed it was Brian, as it's par for the course for him. He'd heard the same noise though and just assumed it was me! After all we were the only ones fishing in that area. Eventually Brian realised that I was actually awake and went investigating. Behind his van (which he'd conveniently located behind his peg to act as a wind break), he found the answer:
﻿
As I write this, the heavens have opened for the second time in a few days. The downpour in my part of the city was very intense and should see a good drop of water going into the river. It's currently a few inches up anyway, but will likely be more like 2ft up on the stretch I usually fish within 24 hours.

I'm already sensing a renewed optimism for the weekend ahead and fingers crossed I'll be fishing a river with a tinge of colour and a ravenous shoal of Bream or Roach in front of me! Hopefully the season will kick off from here...

If not, I'll just sit tight, admit defeat, enjoy us bashing the Aussies at cricket and wait for the Pike season! I'm certainly not waiting for the football season - being a Coventry City follower, it's over before the season begins this time!
Posted by Sean at 13:59 2 comments: