A month has slipped by since my last post. Eight short sessions have been squeezed in and while I'd like to report a bountiful haul of fish, the truth is somewhat different.

I've acquired a ticket for an estate lake, but so far I've only managed a single visit. Just a few small rudd to show for a brief encounter and more groundwork is the order of the day to unlock whatever potential might exist. 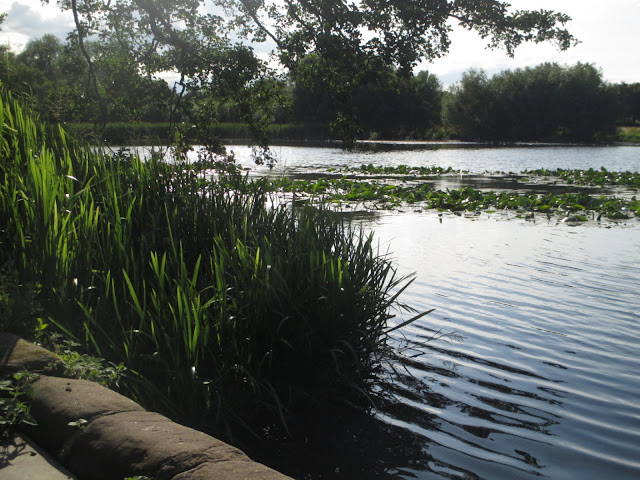 The truth is that I really have no clue what it holds and there's nothing of note mentioned on the internet either. This one will get some attention during the next closed season, but I will hopefully sneak in the odd session over the next couple of months.

An evening bream session on the Avon with a friend yielded no slabs for either of us. Plenty of dace and perch about though. It was then off to Somerset for a family orientated trip. The good news is that I get to fish a little, but always at the wrong time of day.

I could of course get my backside out of bed earlier, but in truth I like the odd week where I can really recharge my batteries and just chill out. Late to rise and a few beers before bed is the general way it works.

I tackled four different venues - Rivers Brue and Huntspill, King Sedgemoor Drain and the Bridgwater & Taunton Canal. Yes, you read that correctly - me, on a canal, by choice, during the main season.

I'll start with the canal and my initial plan was to fish it on the day I arrived. A crappy journey meant that I lost all enthusiasm to trek the extra 15 miles south from my base. Battling the masses heading for the beach or other south west destinations, didn't appeal.

So, it was a few days later when I finally reached the canal. The section I'd planned to fish was out of bounds due to roadworks. It was either a long detour or drop in closer to home. I took the easy option.

This canal bears no resemblance to my local canals. It's gin clear, very weedy and has no boat traffic to speak of. It's also stuffed with fish. Those who have been following Russell Hilton's Tales From the Towpath blog will know about its potential. 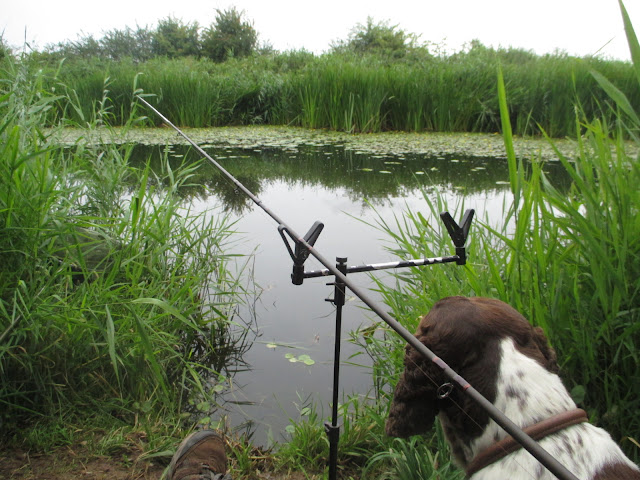 I fed positively to see if I could tempt a tench or bream. Initially all I could find was small rudd and perch, but when bubbles started to show over my baited area, I got a good vibe. Eventually I bagged a small tench of 2lb 1oz to a legered worm. I'm sure others were on the cards, but the need for food and beer got in the way. 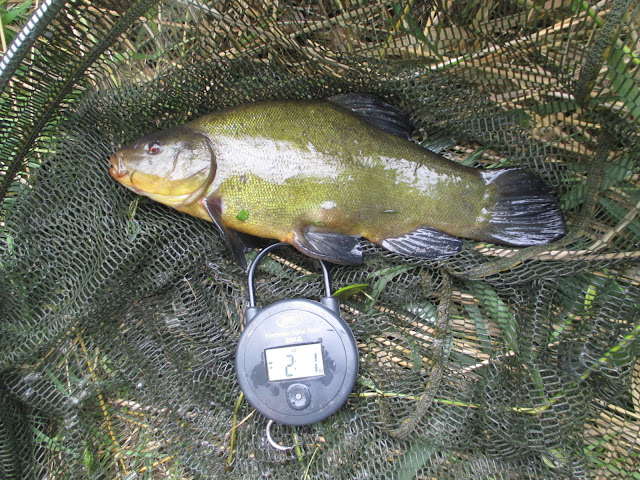 The Brue session was unplanned and replaced the aborted canal trip. It's my go to venue when I don't have any tickets. At £2 a day it's cheap and can throw up the odd surprise, but not on this occasion. Just a few small fish to speak of, while I listened to England's Ashes victory being confirmed.

I was lucky enough to be at Edgbaston just over a week earlier in the heart of the raucous Eric Hollies stand. A truly memorable day that was different to any cricket match I'd been to before (even beats seeing Warwickshire win a Lords final!). Will I go again in 2019? Try to stop me!

The Huntspill was full of silver fish and did throw up a few small silver bream to 4oz. An eel also graced my net, much to my companion's excitement. I thought it would make a pound, but having wrestled the dog away from it, the verdict from the scales was just 13oz. 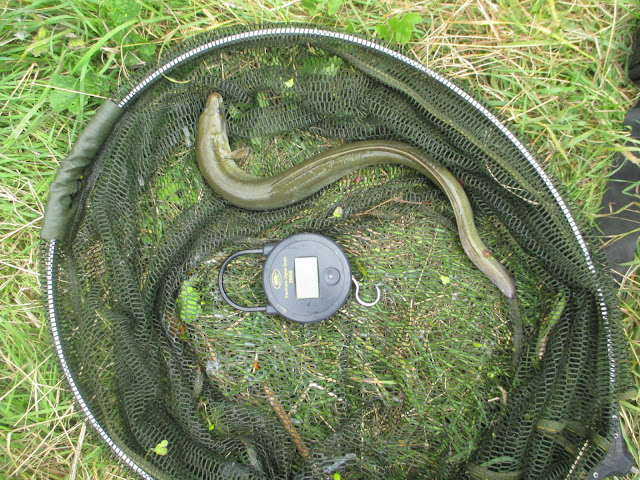 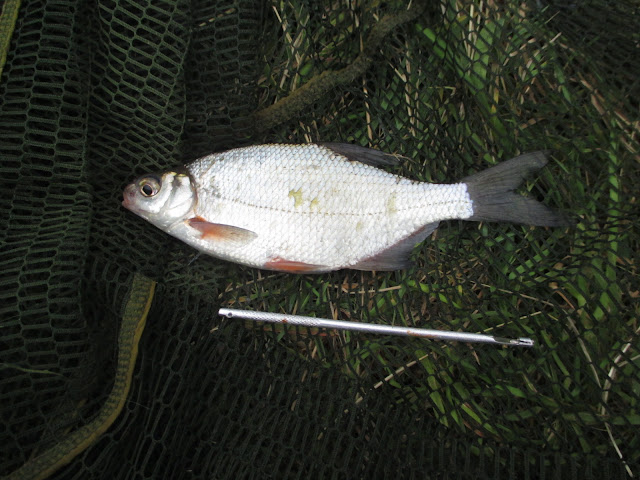 The KSD was full of roach and I had plenty of them to 6oz on corn. I did connect with a lump that I was attached to for about two minutes, before suffering a hook pull. I was only on light tackle and I never actually saw it. The fight wasn't mental enough to be a carp or tench. It had all the hallmarks of a decent foul hooked bream. 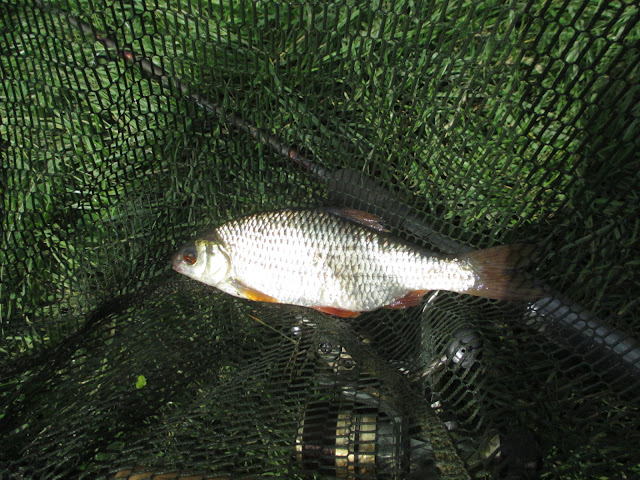 Back more locally I joined Brian for another go on the Leam. It was utterly mean. A blank for Brian and just four fish for me - a gudgeon and three perch, with the best pushing towards a pound and the other pair 6-8ozs. 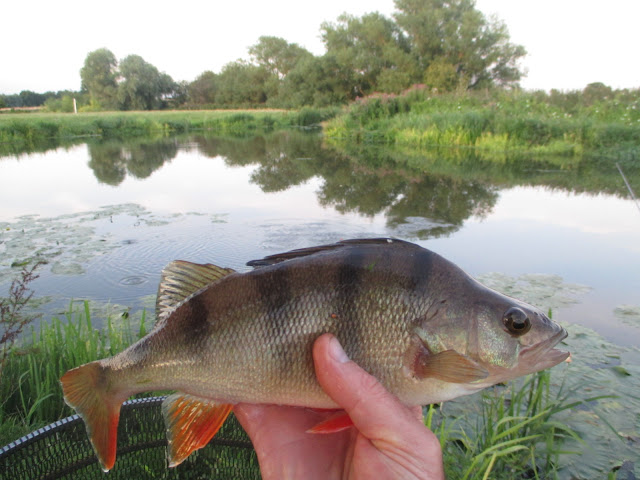 The latest session was on the Anker, which I now think has a silent W in its name! A royal blank for both me and Brian. I've rarely been so disappointed in a session for many a year. It looked bang on.

We saw the odd fish moving, but nothing would bite. Others were suffering the same fate too. The water absolutely reeked though (not for the first time), but there was no hint of fish in distress. There was a decent flow and colour too. Very strange. It's not proving to be an easy nut to crack, but when tackling new rivers you need to go through the whole season to learn how it ticks over. Maybe autumn and the first frosts will bring about better results.

Reports suggest that the Avon is probably my best bet right now. A 3lb 10oz perch came out of my club stretch recently and several 2lb+ fish have been caught this season. With the volume of prey fish present, I wouldn't be surprised if it threw up a 4lb fish soon. The pike fishing prospects look good too.
Posted by Sean at 14:46 2 comments: