I was back down in Somerset at the back end of last week to catch up with my family and to grab some opportune fishing. I only squeezed in 2 sessions, both of which were during the middle part of the day on two hot days. Not ideal by any means, but I was just happy to grab a few hours here and there to wet a line.

The first session saw me on a river that I have developed a liking for over the years - the River Brue. It's a small river that I'm sure many people very easily overlook in favour of other larger and better known natural venues in the area. I've generally found it quite reliable and there's a cracking little field owed by a farmer who charges a couple of quid a day - that's when he can bothered to collect the money. You can even park by your peg.

The reliability angle I mentioned earlier took a bit of hit on this occasion and it was tougher than normal. The water was unusually tanking through - the result of the Environment Agency pumping excess water off the Somerset Levels via the river and out to sea. The water did briefly return to a normal sluggish flow at one point and I thought I'd have a window of opportunity to make hay. It didn't take long to start tanking again as the floodgates must have been reopened! The level then dropped 4 inches in about half an hour.

Water fluctuations aside I did manage a few Chub up to half a pound, a small Silver Bream, plus the odd small Roach and Perch. The only fish of any size was a Bream of 5lb 8oz. 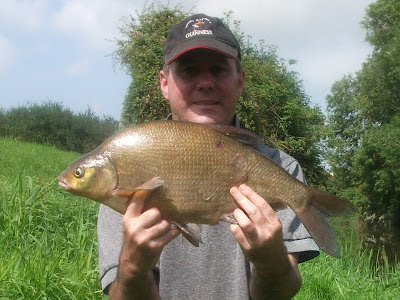 My other session was on the River Huntspill at Gold Corner. This is an area I've fished many times over the past 30 years and I'm quite fond of. It's in the middle of nowhere, albeit the end of the section has the distinctive landmark of a large pumping station. It's stuffed with fish. 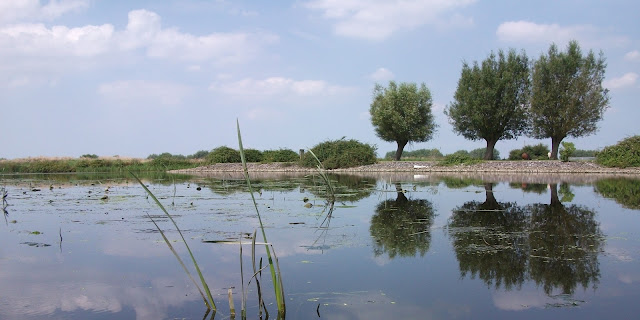 I decided to tackle the deeper water near to the pumping station and gave it a bit of stick with the groundbait to see if any of the resident slabs would show up. The picture below is not of me shaking my fist at the river in some Basil Fawlty style rant! There is a ball of bait sailing out into the distance just above the smaller of the trees. 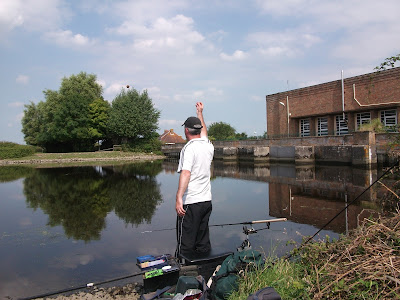 It was a fish a chuck, but nothing of any size - but I really wasn't bothered. A Perch of bang on a pound showed up. 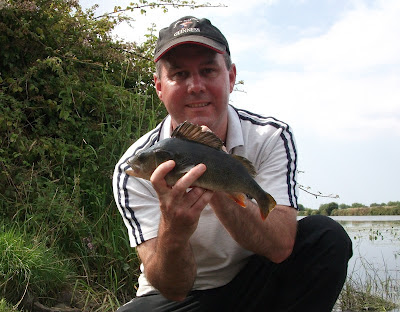 I was having loads of Pike trouble during the session - often inevitable in a water with loads of fish and loads of weed cover close to the bank. I had a couple of fish nobbled on the way in, but the Pike let go and the fish seemed to get a lucky escape. A third encounter later on in the session took a different turn and it became obvious that the Pike had got itself hooked up. I reduced the scoreline to Pike 2, Sean 1! 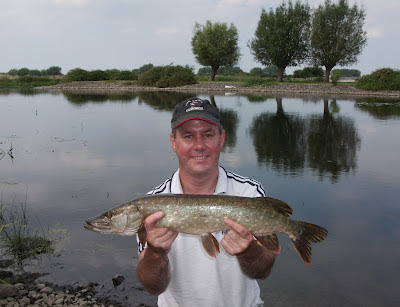 Lesson learned though - I didn't have any Pike gear on me again. I must drop some basic lures and traces into my kit for emergency summer Piking.
Posted by Sean at 13:38 1 comment:

An All Too Brief Visit

I had a Somerset engagement lined up at the weekend, but I couldn't resist the chance of hooking up with other friends who had booked in for a couple of days on the Wye. So, I took a bit of a detour and ended up in the heart of the Wye valley for a brief session before heading off down to the West Country.

It was nice to be greeted by an altogether friendlier river that was 10-12ft down on my last visit. Being fickle, a bit more colour wouldn't have done any harm on this occasion, but I wasn't going to complain.

Ever since my first visit a couple of years ago, the Wye has totally grabbed me. It's just a stunning place to visit whether the fish are biting or not. On this occasion, it was more struggles for all of us during the few hours I was there. The timing wasn't the best, as the best of the morning had passed and then it's often late evening into dusk and beyond before things pick up again. We all need an excuse! 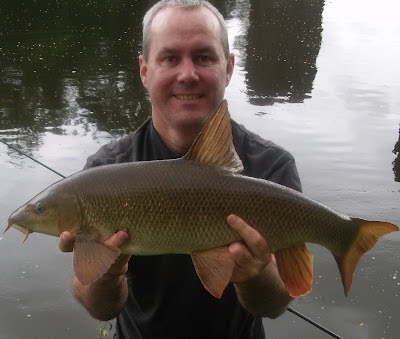