Last week was a tough one on the Avon. I went for big fish or bust for a change on a late afternoon into evening session. The result was bust! Not a sniff.

I couldn't decide where to go this week, but after much pondering the Leam got the nod. It wasn't anything to do with the prospects, but more a case of just fancying a few hours in the afternoon sun on a quiet stretch of river.

The fishing was absolute garbage. It's the first time I've really struggled to catch anything on this stretch and with little signs of fish moving, I feared another blank.

I'd sneaked in a few deadbaits just in case I fancied testing out the pike potential. I don't have any idea how many pike there are or how big they might grow to in this part of river. It does feel right though with plenty of bankside cover and some deep marginal swims. 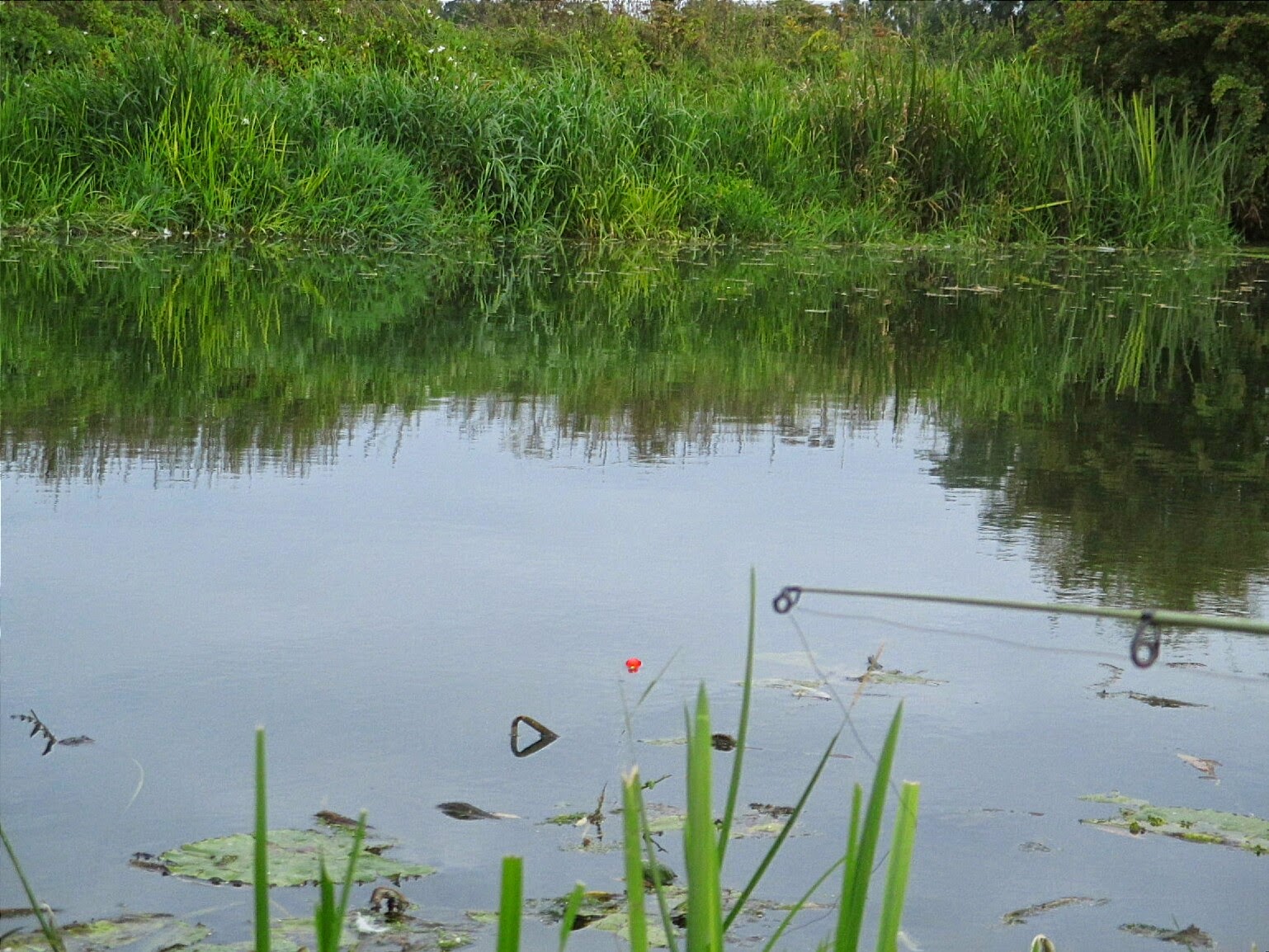 A roach deadbait was dropped just beyond the lily pads and with no weight on the rig for a change, it was left to slowly flutter down through 8ft of water. Given the general lack of activity I didn't expect anything to happen, but suddenly the float twitched a couple times.

A line bite I thought, but then it moved again and I decided to hit it. The rod bent over and I was battling my first Leam pike by design. Despite hooking it amongst the lilies it came out easily enough and it was soon in the net.

At 10lb 8oz it meant that I'd sneaked into double figures at the first attempt - and it was only really a half hearted effort at that. I'm sure there are many days to come this season when I'll be targeting them properly and I won't get a sniff. 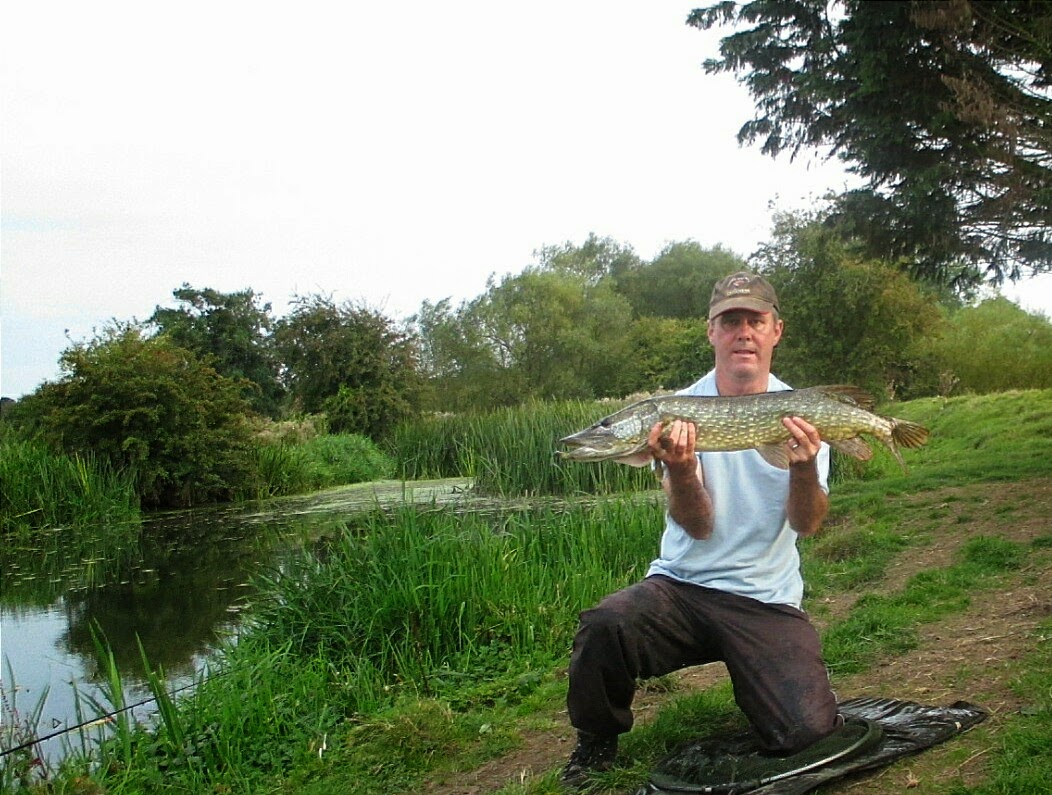 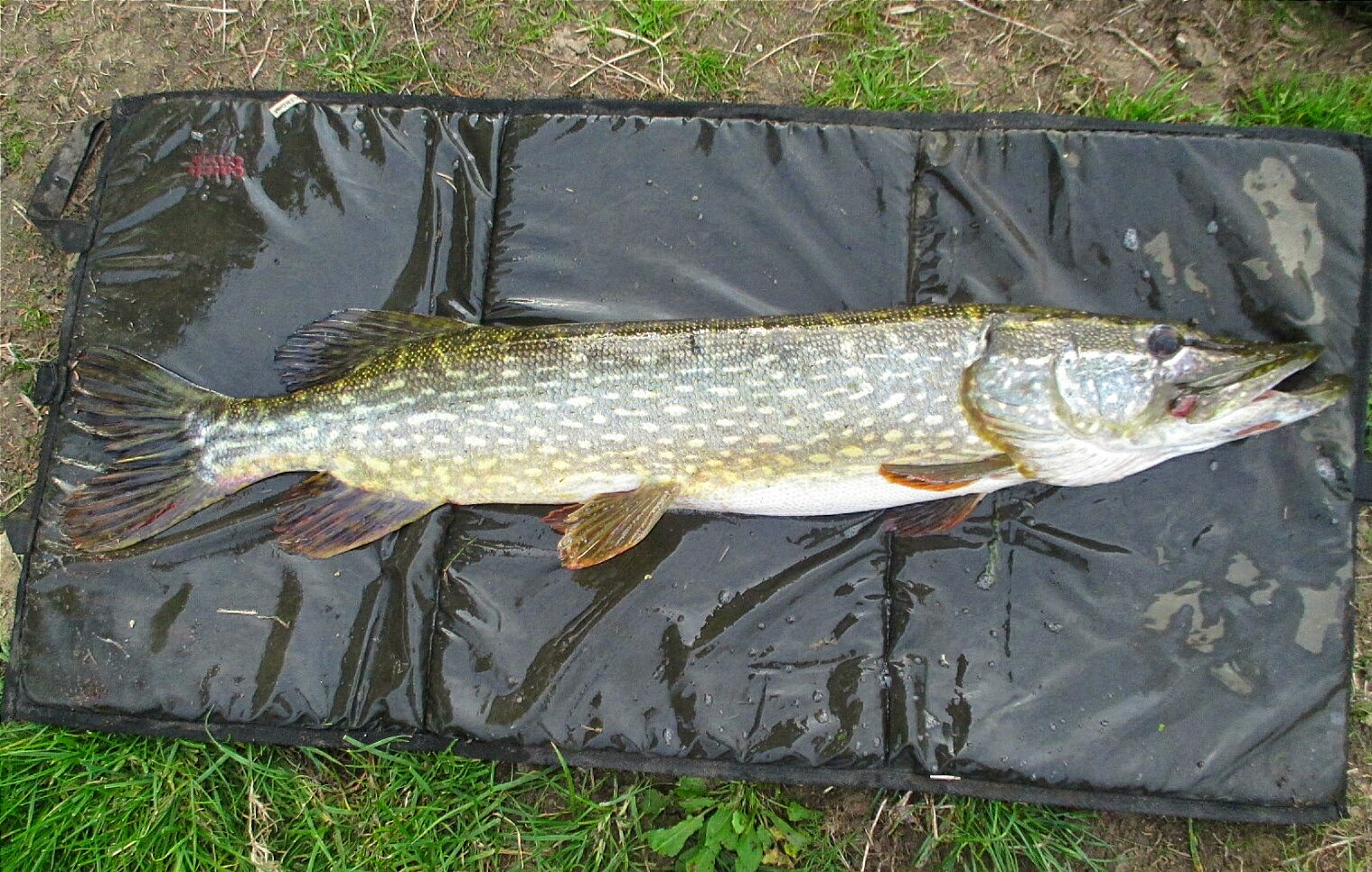 At the risk of cursing things, we desperately need a good dose of rain. I want to have a crack at the bream and roach over the autumn months, but until we get some colour in the river I'm not thrilled at the prospects.
Posted by Sean at 14:35 3 comments: