Knocking on the Door

Last week's year opening session proved to be a bit of a non event, although I did my best to make it eventful before I'd even arrived bankside.

Pulling into the parking area, I figured momentum would overcome the muddy mess at the entrance. I was right too as I glided through it with ease and sized up my spot at the end. Then, I inexplicably ignored the bleeding obvious and allowed the car to drift off the sloped hardcore and down to a low point. Not just low though, but very boggy!

After five minutes of expletive filled, gear shifting, wheel turning, mud flying, rocking and rolling, I managed to wrestle the car back to a sensible position. Job done, but at the cost of a plastered up car in big need of a clean!

The fishing yielded just a single chub, a shade under 3lbs. It came first chuck to meat and I thought a good day was in prospect. Nothing for the next 3 hours though and I took an early bath. 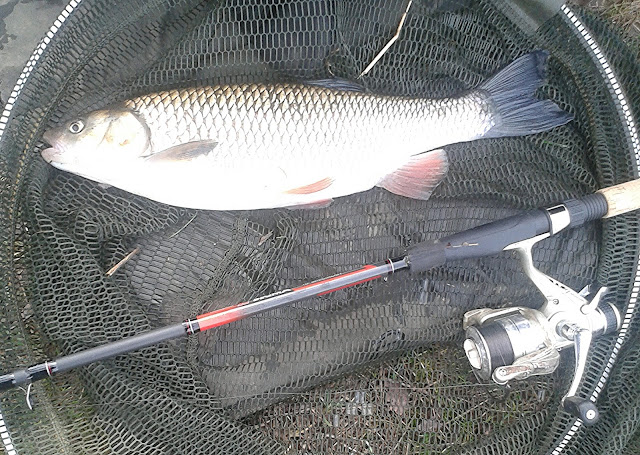 This week I was hoping we might have a bit of snow lingering, but it didn't quite drop right. It wasn't as cold as I expected either. A short morning pike session was the order of the day.

Standard tactics of working the margins for 30-45 minutes per swim with two deadbait rods. I'd also broken out the proper gear. Rods switched over to braid setups, coupled with the best of my stash of deadbait - some large smelt and sardine.

Swim one produced just a single jack as I was on the cusp of making a move. 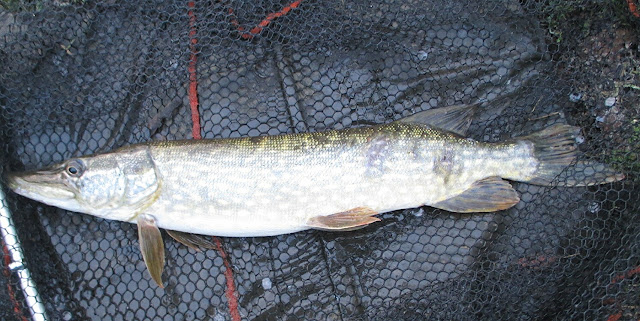 It didn't alter my plan though and I hopped a peg upstream. Nothing doing though, apart from scrounging robins. Two more moves downstream gave similar outcomes. With rain now falling. I began to start writing it off. I'd even buggered up a rod through a self-inflicted tangle and decided to retire it for the day. 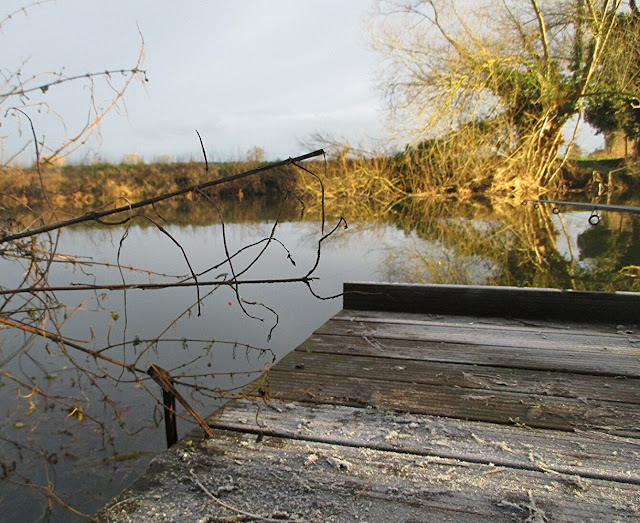 With an eye on the clock I figured on one last move back to the peg I'd started with. I engaged the free spool setting on the reel and began shuttling gear to my final destination, just a few yards away.

With two short trips completed I returned to remove the rod, but with perfect timing the float started pulling away. A strike and a heavy fish was on, peeling line off the reel and heading for a big snag that has been my nemesis in the past.

I had to crank up the pressure and hope it would turn. And it did - just in the nick of time. The fight was tense. Braid is great for making contact with the fish, but the lack of stretch makes for interesting fights. I took it as delicately as I could. Thankfully I netted it first time, as only one set of trebles were holding.

Once I'd unhooked and rested it, a quick call to a willing photographer upstream, helped me with the essentials. Not the longest of fish, but certainly well fed and a new one to me. It went 19lb 2oz on the Avons. Not quite the twenty pound target, but knocking on the door. 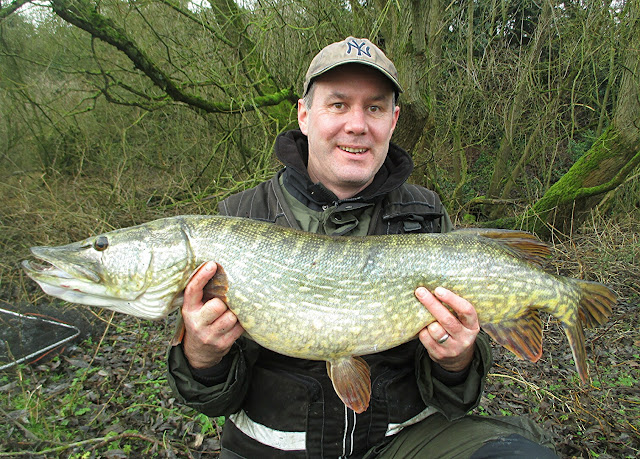 Thanks to Martin again for the photos. It's becoming a pleasant habit!

Once again, it demonstrates the fine line between success and failure. If I hadn't given it that extra couple of minutes while moving swims, things would have been a whole lot different. Perseverance, stubbornness or luck? The truth lies somewhere in between I guess.

With the season now pushing towards it's final phase, I'm hoping to put a few longer sessions in soon. Still a few targets to try and nail down. Let's hope the weather stays kind, as it has for most of the season so far.
Posted by Sean at 10:35 7 comments: