Return of the River

Finally after a 10 week nature induced lay off, I was able to get back on the river. After such a long break from running water, it almost felt like June 16th all over again! The only difference was that I don't have any thoughts of pike fishing come the opening day in June.

I was torn in two minds - predators or silver fish. Which one would be more willing? I hedged my bets and proceeded to take a ton of gear to cover every eventuality. It wasn't helped by the fact that Christmas and a birthday have come and gone since I last graced the river and I had some new kit to try out. The apparent need to try it all out as soon as possible, probably meant that I didn't really get my plan of attack right.

I really wished I'd travelled lighter. The banks were treacherous and muddy, which meant that I was restricted to a few pegs that were easier and safer to get to. The river was looking good though - about 6 inches up and nicely coloured. 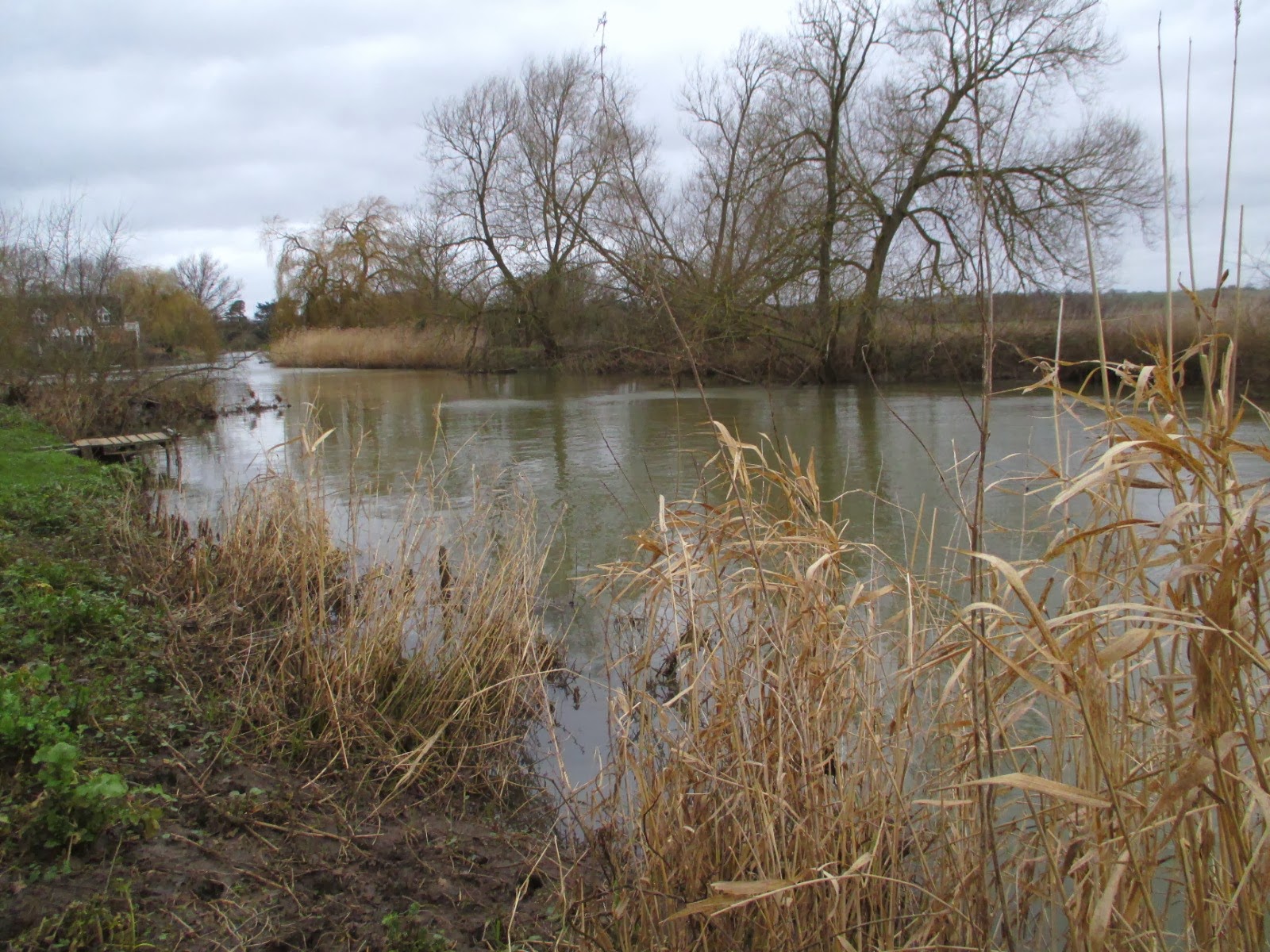 For my pike rig I opted to leger a deadbait for a change, rather than using a float. I also ditched the mono for a 30lb braid mainline. The starter bait was my personal banker choice of smelt - no change there!

The first cast saw a fish on the bank, which came as a relief because I hadn't seen any fishy indications. It weighed in at 8lb 11oz. 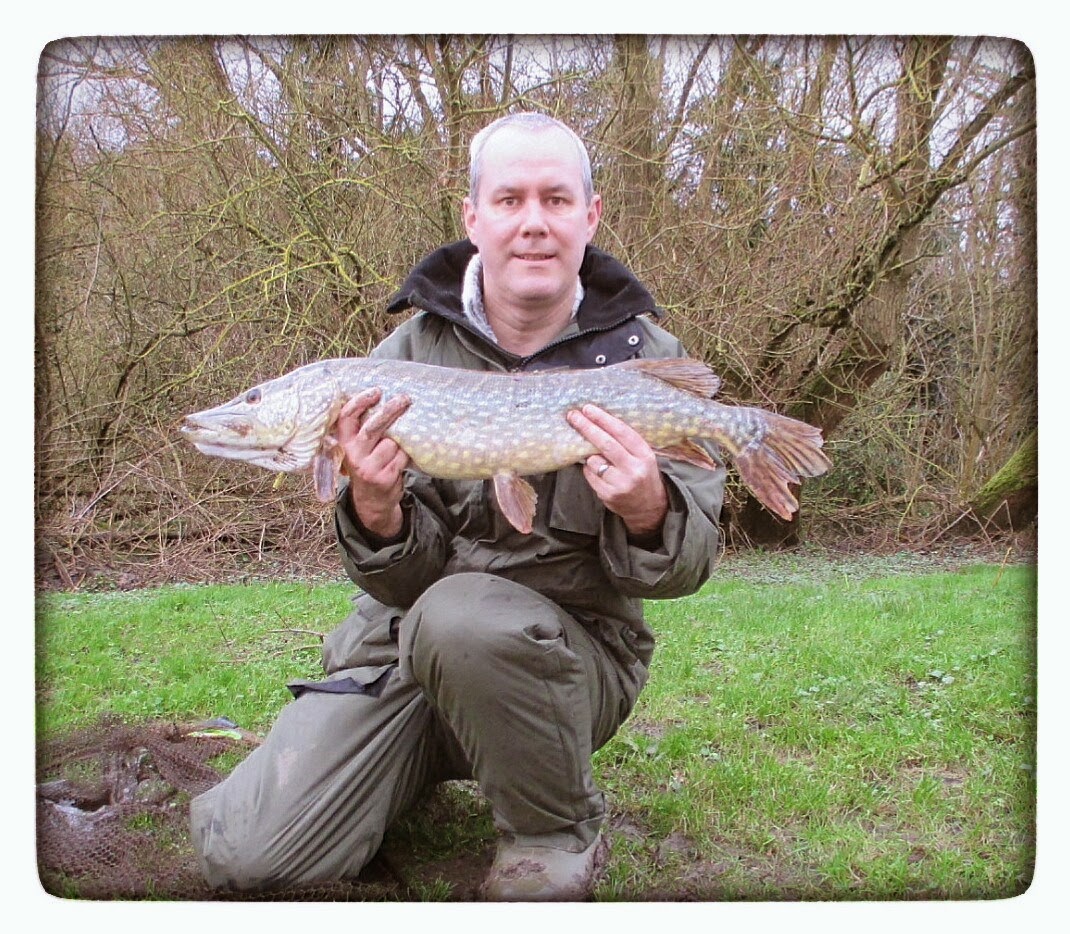 I set up another leger rod for silver fish, but to be honest I never really gave it a proper go. I was too preoccupied with the pike. I had a few roach and dace though, but missed loads of bites. I'm sure a good bag of silver fish was on the cards if I had gone all out for them on the stick float with lighter gear. It's something I should really do more often because the roach are definitely there to anyone tackling it in the right manner. Bags to over 25lb have been reported in the recent past.

The pike continued to oblige throughout the day and I ended up with five in total. A couple were around 6lb, with the other pair going 8lb 13oz and 11lb 14oz. I have a new camera and I clearly need to do some work on the settings - hence some pretty awful shots on this occasion. 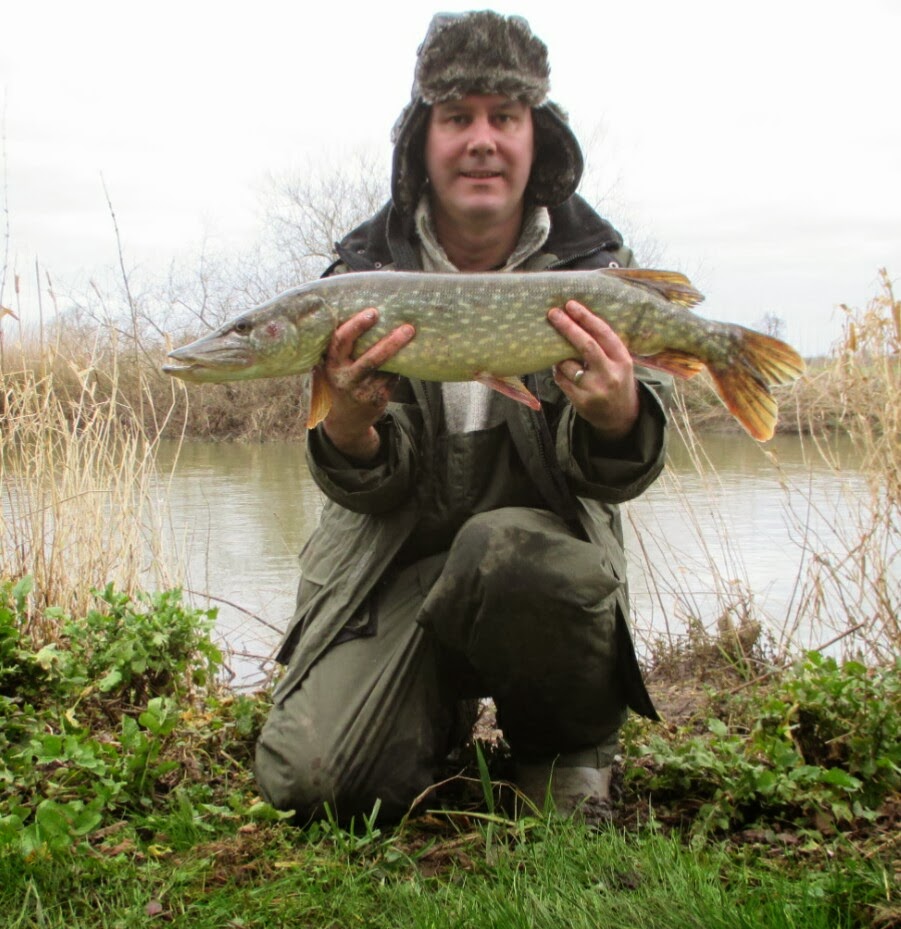 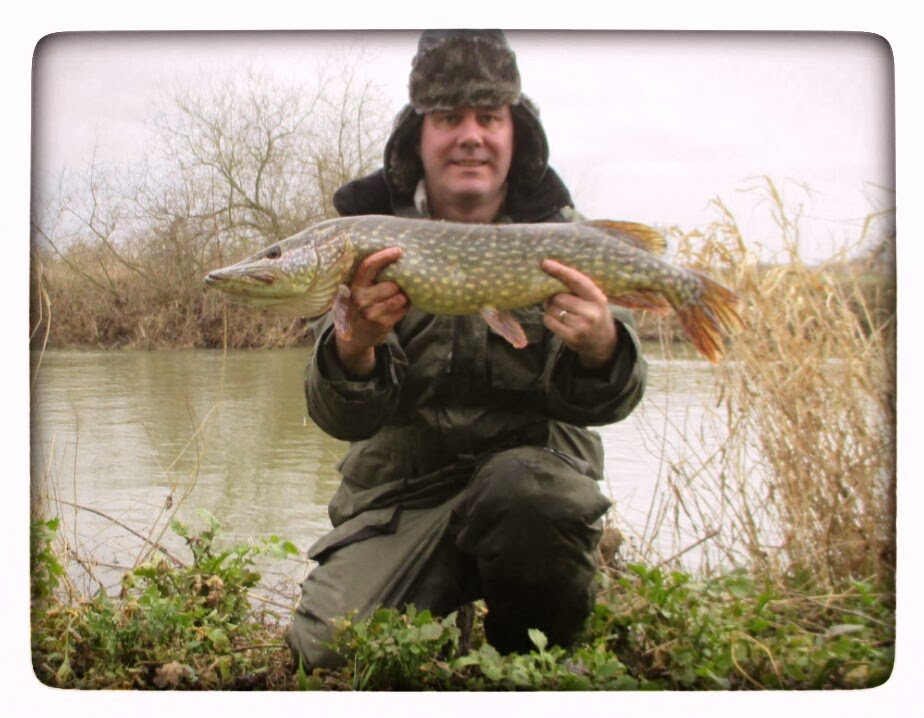 I had a wander down the section to assess the damage of the floods on the pegs that I'd repaired during the last closed season. Fortunately only one peg had been damaged and even that wasn't catastrophic - it just needs a little realignment. I'll leave it until the spring now though.

Thoughts are already turning to next season now and I'm hatching a few plans for some new waters (running and still). Some of my existing memberships will have to bite the dust, but it's time to tackle something different for a change.
Posted by Sean at 14:47 1 comment: