December seems to have flown by and for once, I managed to grab my fair share of sessions. Returns have been bizarrely consistent, albeit somewhat sparse too. 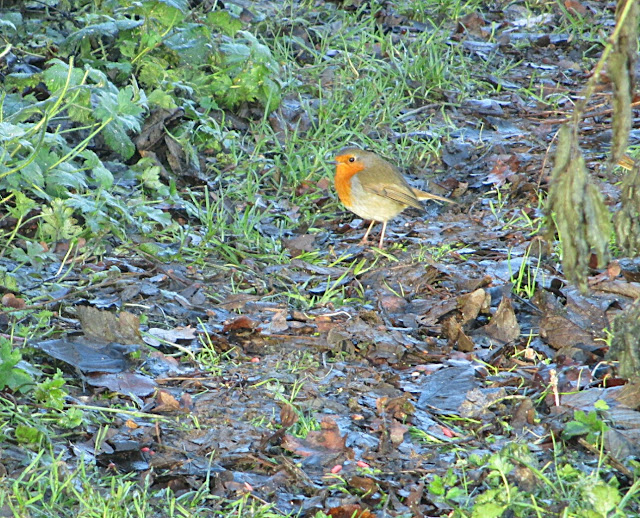 No blanks (always welcome!), but I frequently can't seem to negotiate my way past small pike, or a count of one! Indeed, it was only in the last of the six sessions where I hit the heady heights of two pike (also losing a third at the net).

Sessions were split between a small deep stillwater (2) and the Avon (4). The stillwater is still quite new to me and proved a useful option when the river briefly slipped over its banks to less than ideal levels. 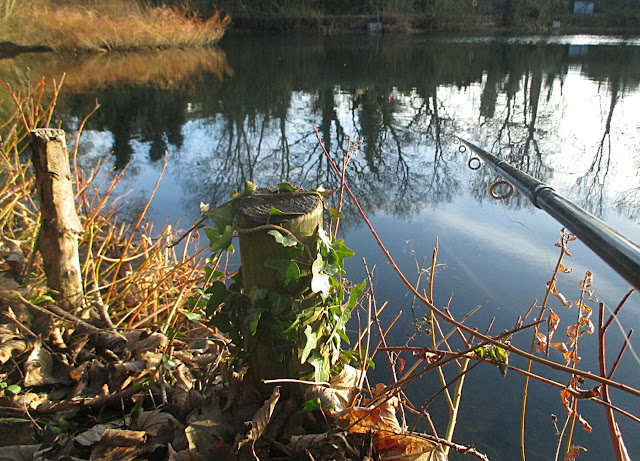 Being quite urban, it's not my normal kind of venue, but as it contains the odd pike to 20lb+ and near double figure zander, it was worth suffering noise on the odd occasion I'd need it.

A bailiff popped by and gave me a tip off for a swim where a zander had shown  earlier in the week. It was on my "to fish" list anyway, as it was on my route back and just looked fishy with lots of overhanging branches and deep water close in.

Blanking with half an hour to go, I suffered a hook pull on a jack and began to wonder if I'd be left fishless. Fairly quickly and to my relief, I put the blank to bed with a jack through. 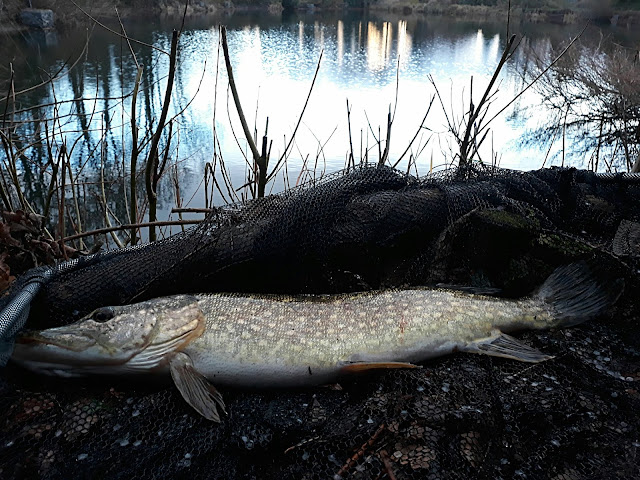 With light levels dropping I decided to stay put and see the session out in the same swim - and I'm glad I did. With a small ripple present, I was struggling to see every twitch on the float in the ever fading light. I started to think I was imagining things, but I felt sure something was cagIly working my smelt hookbait over.

Then I got a decisive dip and clear movement of the float, followed by a fight that didn't feel pike-like. As suspected, it was a zander and it popped nicely into the net and instantly shed the hooks. Phew! Not a huge fish at 5lb 6oz, but respectable enough and my first from a stillwater. So, a pb of sorts I guess. 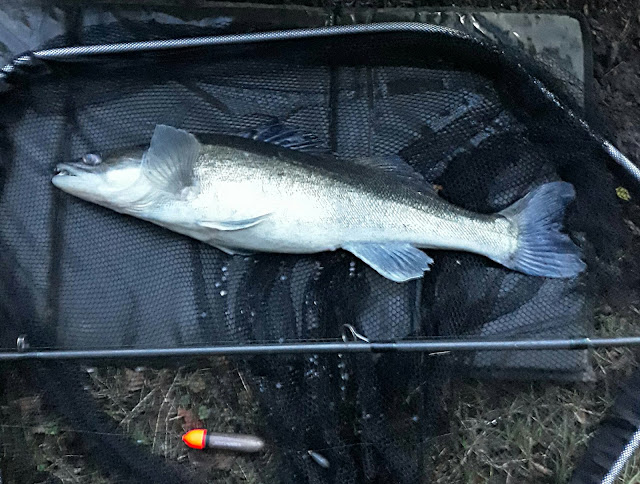 The return a few days later was a bit trickier and threw up one bite and one jack.

Now the Avon hasn't really been kind to me in predator terms for a couple of seasons now. As mentioned, I'm avoiding blanks this season, but largely with single jacks. It's just a case of plodding on though and hoping things drop right. Pike can be notoriously fickle creatures - seemingly stupidly easy some days, but rock hard on others and often with no obvious indication which way it's likely to play out. 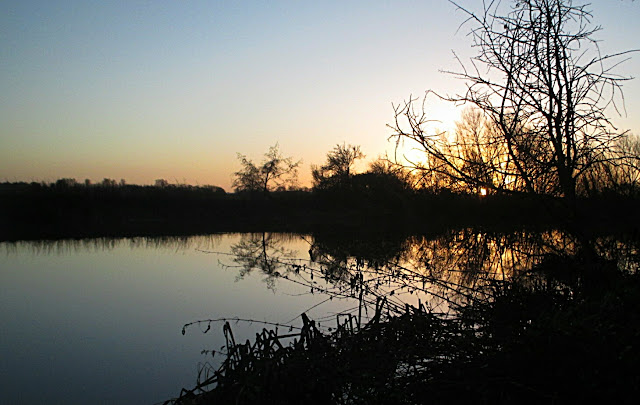 The highlight of the December Avon sessions was the last one of the year. Nothing to do with extra fish, but for the entertaining demonstration by a real professional angler in the shape of a kingfisher. 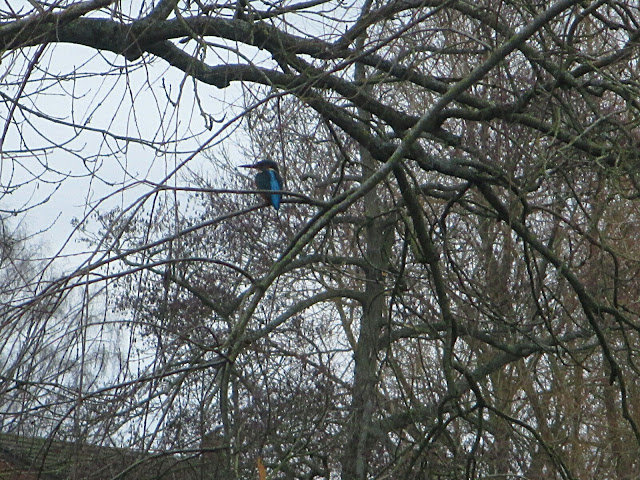 It popped by several times and even plundered my swim!


Christmas brought a few fishing related gifts - mostly bags to replace those that are now showing signs of wear. A special mention goes to a net handle that was a bit of a blind punt.

I love quirky or compact tackle and the Korum Opportunist 1.8m telescopic handle caught my eye online. I have all manner of net handles ranging up to 4m, but I wanted something compact and stronger than the normal offerings. The 1.8m version I already had was quite weak in its feel and only suited to small light pan netc, 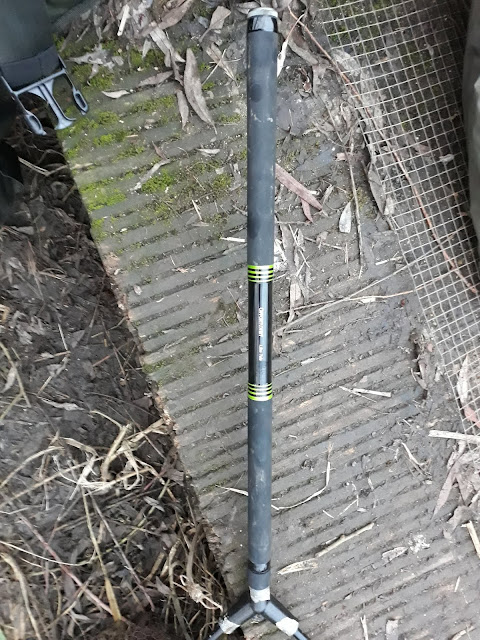 This Korum version is a lot more sturdy and I've pleasantly been able to use it with a specimen triangular folding net with no issues so far (which is beyond what I expected of it). Obviously there are more suitable handles for use with such larger sized nets, but this little version is definitely a useful backup and can be left in a net bag permanently for when needed (it folds to less than 2ft). Or, it's a great tool for those opportunist family breaks where fishing kit space is limited (easily hidden in a suitcase!).

On that note, 2019 will more than likely see a reduction in my fishing, due to a new addition that's due to check in to our household in late April. Exciting times ahead though and I'm sure the rewards of parenthood will offset any lost bankside hours.
Posted by Sean at 14:50 No comments: