Last week's mishap left a bitter taste in the mouth. There was little doubt in my mind that I had to attempt to seek some form of redemption on my next outing.

Tactics would be similar, but I wanted less distractions. The second rod was banished from the quiver, leaving just my 10ft Shakespeare Sigma Specialist as the lone option. I bought this rod a couple of years ago, purely because it has a threaded top section to take a swing tip.

I briefly dabbled with the swing tip in the summer, but it struck me that the rod might be quite suited to barbel or chub fishing. Bites aren't usually delicate, so I figured that the rod tip would be fine on its own. No need for a more delicate quiver tip really.

I contemplated painting the tip, but I decided to try out some luminous tape instead. Secured in place with a bit of whipping and a layer of yacht varnish, it does the job nicely. Should come in useful for those evening sessions.


I've since bought a second of these rods when I spotted a great deal on eBay recently. I have some other (crackpot?!) ideas for expanding its uses. More to follow on that in due course, but for now this cheap little rod is proving more versatile than I originally expected.

Back to this week's fishing and the rig was once again a simple running leger. Luncheon meat cubes about one inch in size were fished on a short hair. Most of the hook was embedded in the meat, which had the corners roughly shaved off to give a more rugged appearance.

Another lazy midday start. I prepped the swim with a few handfuls of groundbait. It was mainly liquidised bread, but with a bit of added meat. Three hours later and it was looking bleak. Just a couple of taps on the tip to show for my efforts. An obligatory eel, perfectly lip hooked for once, was all I'd banked.

With the wind blowing and rain threatening I decided to call it off at 4pm if prospects didn't pick up. An extension was called for though, when I had a proper pull on the rod tip in the last half hour. I didn't connect, but it gave me renewed confidence. An hour's extra time was ordered and I'd have to put up with a spot of rain.

Shortly after 4pm I got the indication I'd been waiting for. A proper tug on the tip and line was soon peeling off the reel as the fish made a powerful downstream run. Once I'd managed to apply the brakes and turn it, the rest of the battle went without incident. No mysterious snags this time!

I thought on length alone that it was a scraper double, but when I placed it on the mat for unhooking, it was a very deep bodied fish. 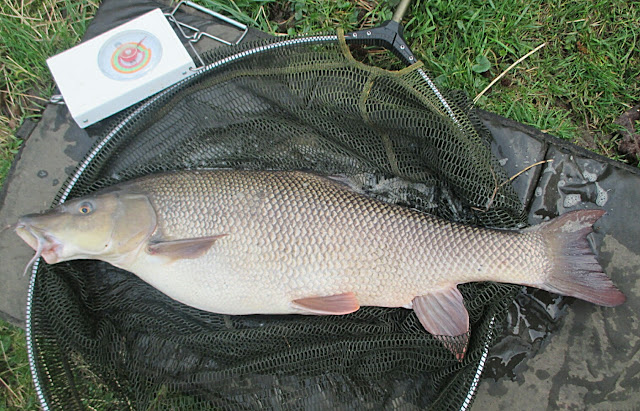 The Avons returned a verdict of 11lb 13oz. A new PB and last week's failure firmly put to bed. 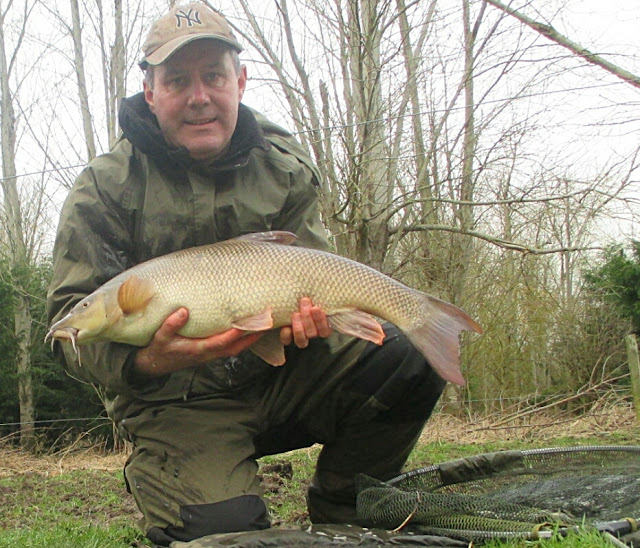 A few extra points for my challenge scorecard, which now reads:

It's taken me a few weeks to get around to tapping out another blog post. Time on the bank has been limited and action has been anything but frantic. I've managed four sessions in that period. Some rather chilly and wet, but it has turned a whole lot milder and more promising recently. 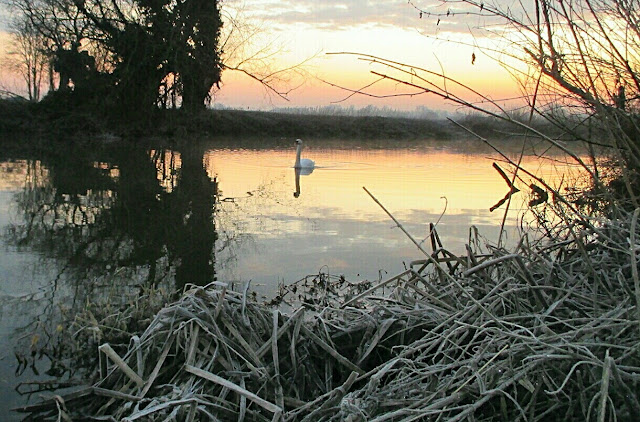 Predator fishing was the order of the day for the first two sessions. A couple of jacks was all I managed in the first outing though, despite plenty of endeavour. 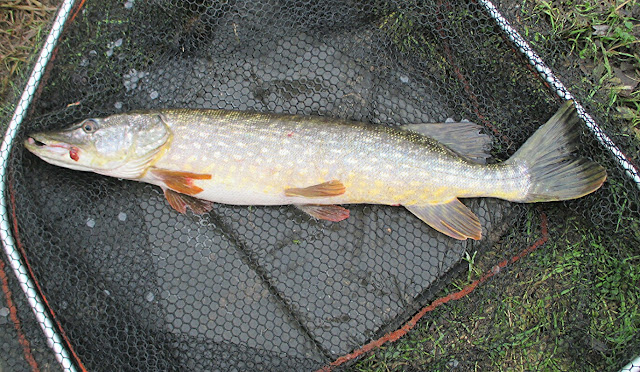 I did connect with a couple of small zander on the next brief visit, but both slipped the hook. Some promised persistent rain curtailed the session. I can take my share of the wet stuff but not when it's freezing and the fishing is dire. Starting some decorating made better sense!

Next up was a session with a cool north-easterly breeze, but the river had received some extra water earlier that week. Crucially it emanated from a brief milder spell and I quite fancied my chances of a few fish.

The pike were conspicuous by their absence. Not a sniff for me, so that was 50% of my attack nullified. The other rod managed a few roach and a couple of bream to save the day. 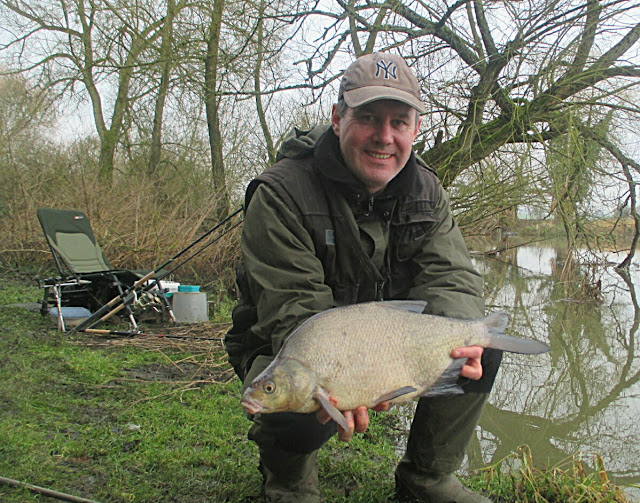 And then there was more decorating! My window of opportunity the following week coincided with more poor weather. Reluctantly I took the sensible option and started attacking the last of the remaining wood-chip. Thrilling!

On to this week and things looked distinctly bang on. A healthy, almost unseasonal, temperature and the river was dropping nicely following a good rise earlier in the week. Pike gear banished. Barbel / chub gear out!

I headed back to the peg where I started the season. I just felt confident it would deliver, although in fairness I think that optimism could have applied to any number of other pegs too. It was a lazy start just beyond midday.

I've consciously gone back to basics with my approach to barbel and chub. Still the same running leger rig that dominates most of my on the deck attack, but using large chunks of luncheon meat rather than boilies or pellets. I've also shortened the hair.

First cast and I took the opportunity for a quick photo with the rod tip as the focus. With camera in hand there was a sharp tap on the tip. Then it banged round and the freespool kicked in. Just a small chub though. 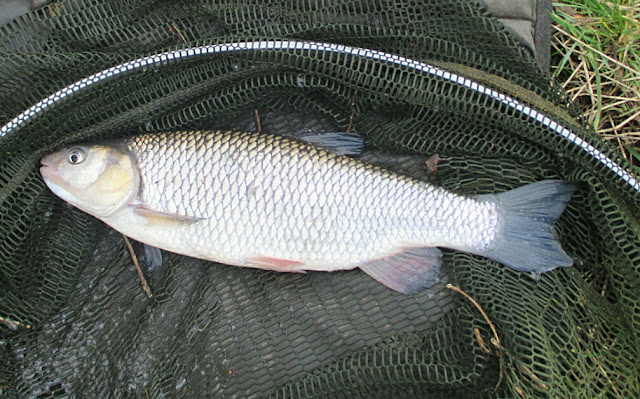 Next up was the main event around an hour later. A solid bite and very stout resistance. The initial run was powerful and I had to concede plenty of ground. Luckily the fish stayed clear of a downstream snag and I began to gain control gradually and patiently.

Another five minutes or so of give and take and I assumed full control. With the fish now directly in front and in clear water, I got the net ready. One more powerful run was stemmed and the prize was there to be grabbed...

Then it went solid. Just like being attached to a parked car. From nowhere it managed to find a snag that I didn't know was there. A fair and honest fight (that I was about to win!) had suddenly turned dirty!

We parted company and I was left gutted. It was certainly a pb shaker and maybe something even more special. Certainly the toughest battling fish I've been attached to all season.

A series of odd unhittable bites followed, but the slimy perpetrator slipped up eventually. 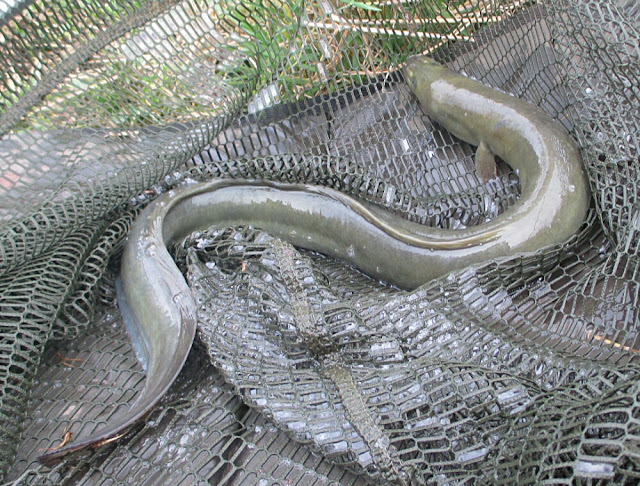 Two further chub completed the day. The last one being the best of the bunch at 4lb 1oz and a degree of consolation. 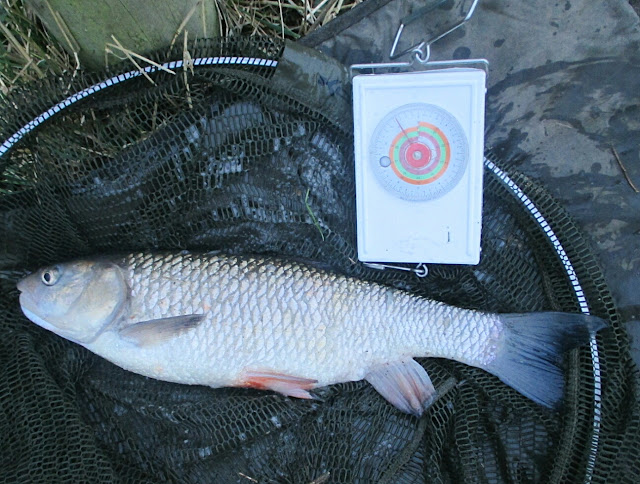 No progress towards my river challenge scorecard and I can't seem to get past low 4s with the chub. Time is running short, but I'm feeling more positive for the last few weeks of the campaign now.
Posted by Sean at 14:43 3 comments: