I've had a couple of short sessions in the past week. The first one took me to Jubilee Pools, where I decided on the Horseshoe Pool.

I decided to hedge my bets, using two straight lead set ups - one for a maggot/corn approach and the other with pellet. The Perch took a liking to the maggots and they began to do my head in. I did manage a skimmer amongst them though, as well as a more mature Bream of about 4lb. No photo of it though, as it performed a backflip out of my net, shedding the hook in the process!


As I moved into the last hour of the session I started to see ever increasing volumes of bubbles appearing over the area I'd baited up at the start of the session. It felt like something better was around the corner and I was constantly getting line bites. When the bobbin shot up and stayed firmly in place on the pellet rig, I thought my moment had come. The resistance wasn't quite as hard as I'd hoped for though.

After a brief "battle" I landed a Roach which was bang on 1lb. It had taken a hair rigged 12mm pellet on a size 12 to 8lb bottom - a classic Roach set up! 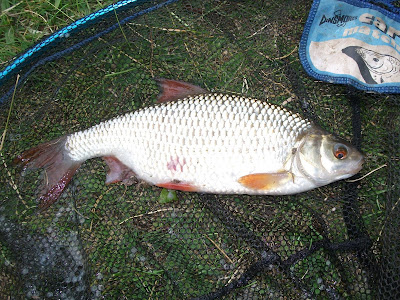 My other session was on College Pool, which was more by accident than design. I had planned to target Coombe Pool, but when push came to shove, I aborted that idea.

Initially I gave College Pool similar treatment to the approach used at Jubilee. The Perch were an even bigger menace though and almost without exception, whenever a maggot was used on the hook, a Perch was there to snaffle it. The shoals of Perch were vast and whenever I threw in a few maggots, hoardes of fish appeared out of nowhere, competing in a frenzy to get there share of the food.

As a result, I quickly banished the maggots in favour of bread flake, while the other rod had a pellet set up. Apart from foulhooking a Bream of about 4lb, nothing really happened on the straight lead set ups. I'd spotted the odd Carp at the end of the pool, so a quick conversion of the pellet rod, saw me trying to fool a Carp with floating bread. I'm not a lover of Carp fishing and it's something I rarely bother to attempt. Stalking fish with floating bread is something I can make an exception for though - I just love the thrill of watching the take.

The first cast wasn't quite as accurate as I'd hoped for, but a little drift with the wind helped the bait into the right area. Up popped a pair of lips, the bait disappeared and then all hell broke loose. As anyone who's fished the pool knows, the Carp in there aren't massive but they do seem to pack one hell of a punch. Fortunately, I gave it sufficient stick after the initial take to clear it from the snags and then it was just a case of being patient. I eventually won the day and banked my best Carp so far from this pool of 10lb 15oz. 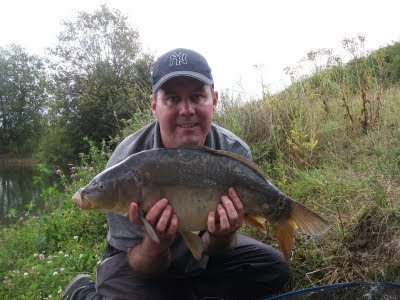 The Carp have really done well for themselves since being stocked in there a few years go at around 3lbs. I managed a further one on similar tactics towards the end of the session. I didn't weigh or photo that one, but it was in the 6-7lb stamp.
Posted by Sean at 11:49 1 comment:

I haven't had much to report recently. A fortnight ago I suffered a poor session on the Avon with Brian and last week I accompanied my better half to Silverstone for the Grand Prix. Needless to say I was itching to get fishing again and I sniffed a chance to end the working week at Friday lunchtime for once.

I only had a few hours to play with and after tossing a few thoughts around in my head, I opted for a very lightly fished, slightly mysterious stillwater. The idea was simply to remember what catching fish felt like again and to have a relaxed afternoon, making the most of the glorious weather. I'd seen the weather forecast and it seemed that any further weekend adventures would be somewhat wetter and windier.

The fish obliged in numbers - as they always do on this pool once they realise some bait is going in. Nothing big showed up, but I had a mix of Rudd, Crucians and lots of Perch (of which quite a few were on corn!). The best of the bunch were: 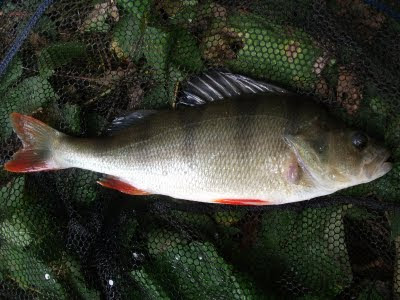 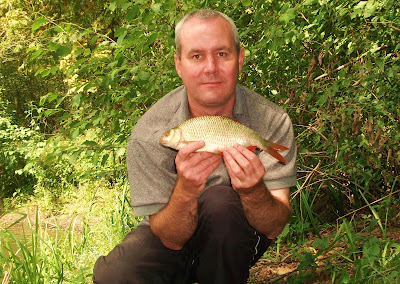 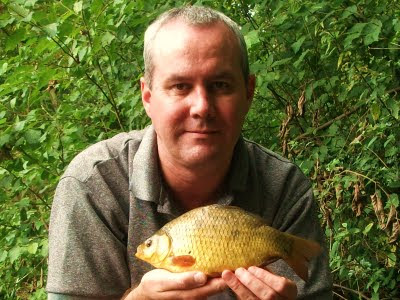 The Perch and the Crucian were bang on 1lb, while the Rudd tipped the scales a smidgeon further to 1lb 1oz - a personal best.
Posted by Sean at 13:28 1 comment: