Another short Saturday afternoon session this week on the Avon. The changing of the clocks signals the end of this routine for me, but it also means that some dedicated predator sessions are just around the corner (when it eventually gets cold).

I always like this transitional period. Dace and roach that were often hard to come by in the heat of summer are now eager to feed hard ahead of the winter months. It's like a different river and the silver fish are easy to catch in big numbers. 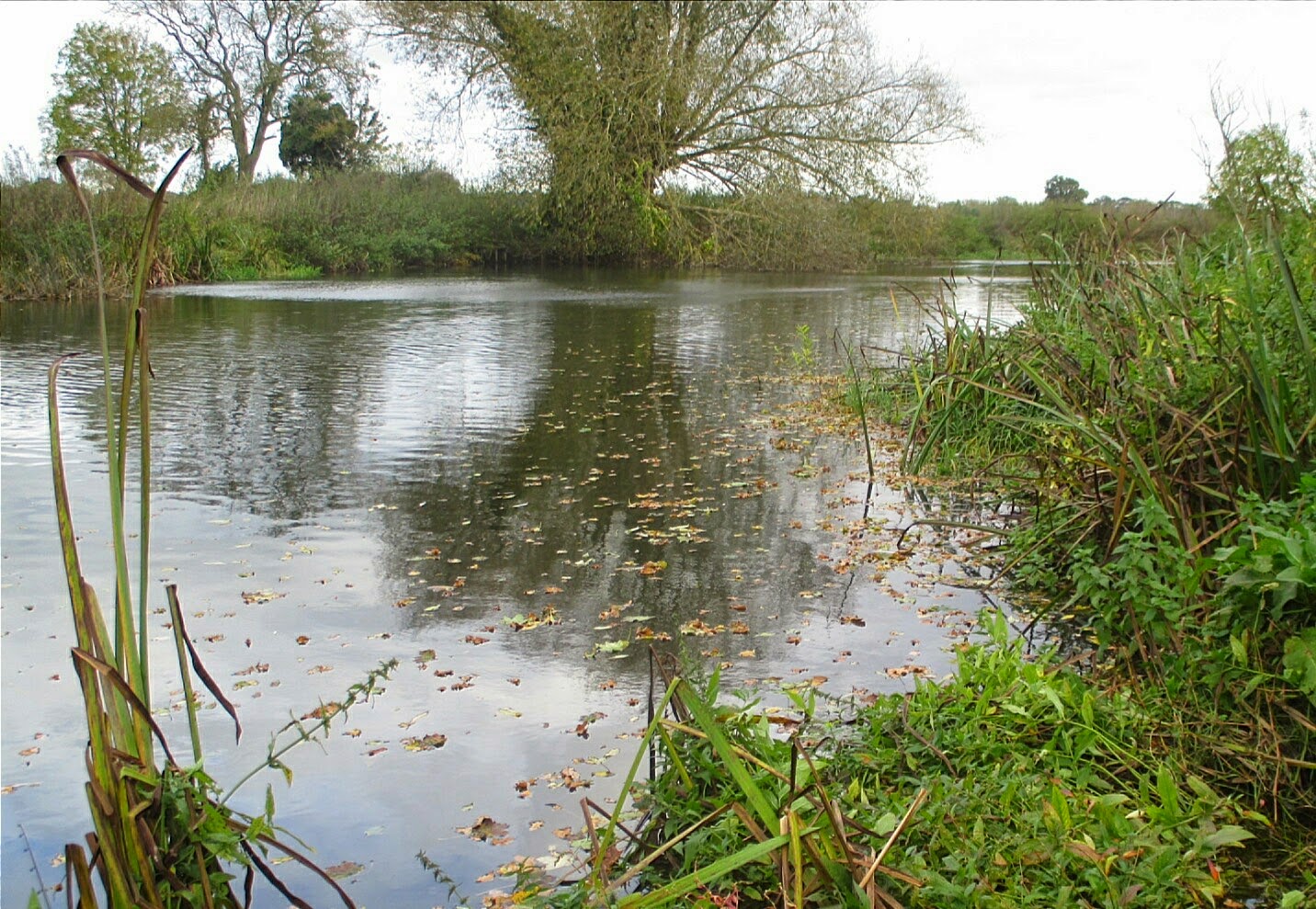 That's how it started this week anyway. It was great fun just trotting a couple of maggots on a size 16 below a home made Avon float, teasing it through the 6 feet deep swim with a centre pin reel.

Bites came instantly from both roach and dace. Four runs through yielded four fish and then came the all too familiar washing machine impression beneath my feet as the fourth fish went back.

It was a sure sign that a pike was in the swim. I didn't think I'd get through the day without seeing one and I came prepared to sieze any opportunities like this. Out with the pike gear, on with a smelt and wait patiently for the perpetrator to show up.

It took all of one cast for it show its hand. A small jack was bagged and taken away a few pegs upstream to clear the path for the silvers again. 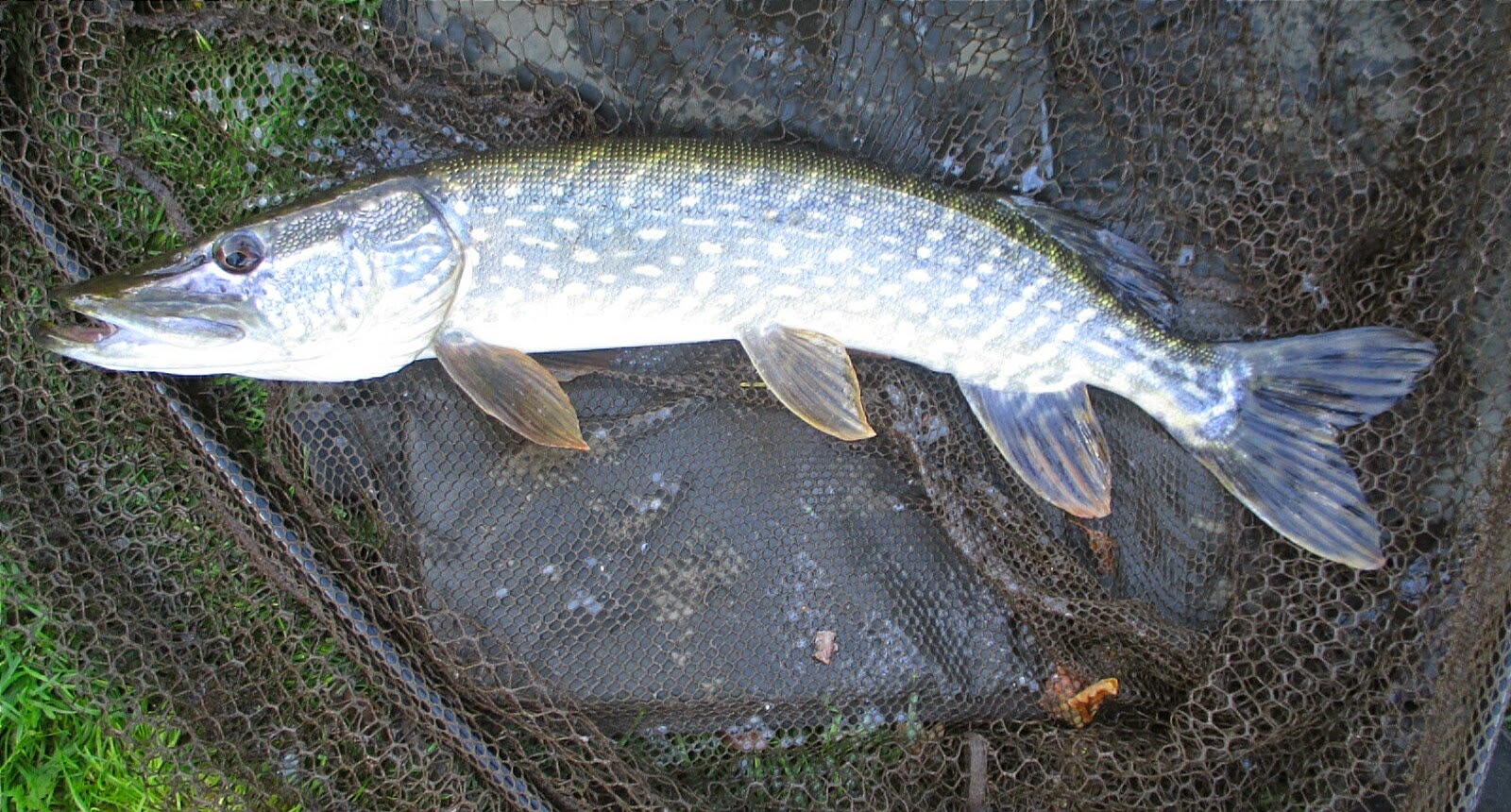 And that pretty much set the tone for the day. Catch a few roach and dace, excite the pike, catch pike and start again. I had a dabble at the perch in between with worms and even a bit of drop shotting (a new one for me), but it wasn't a success.

I had a further 3 pike, but they were all jacks. 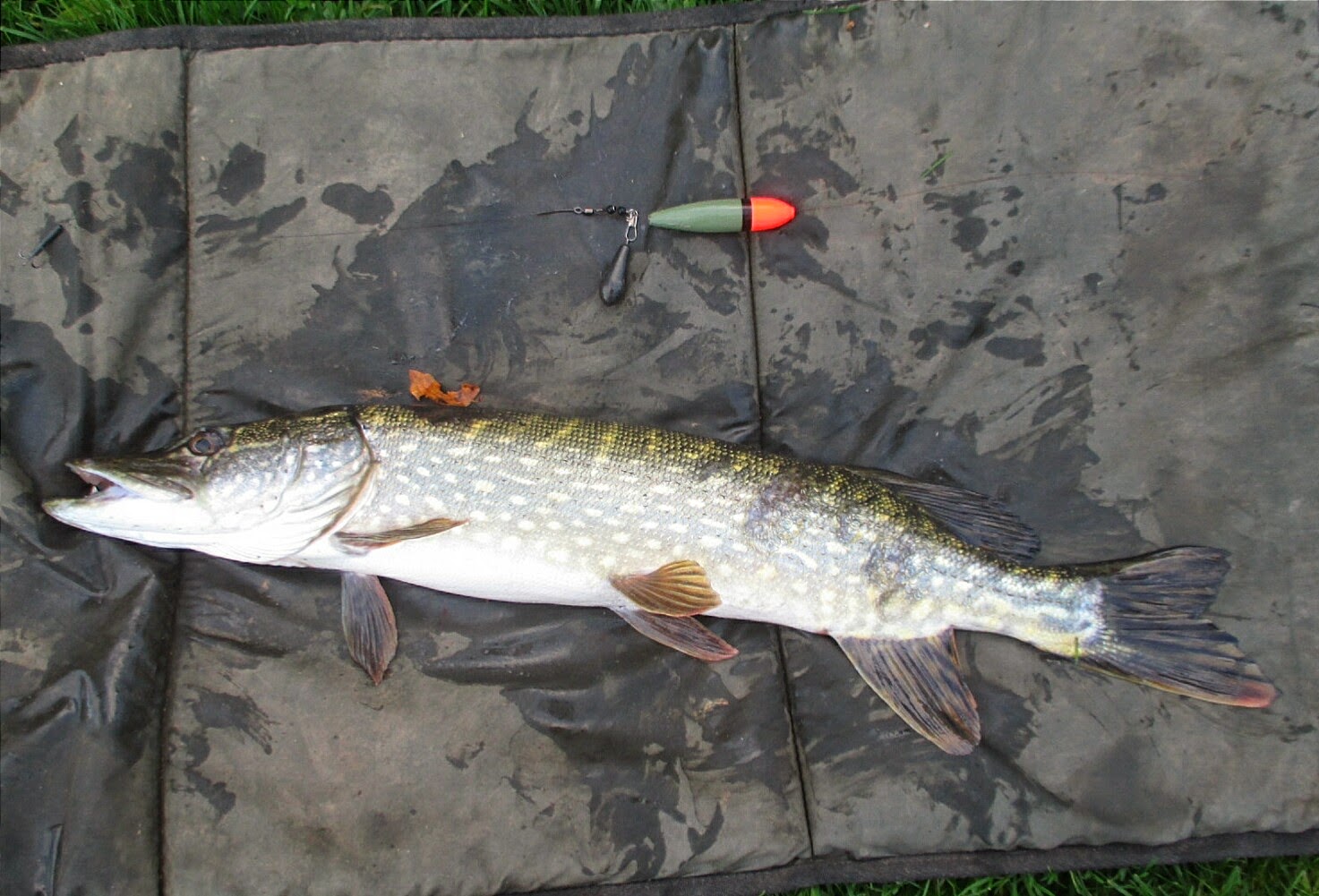 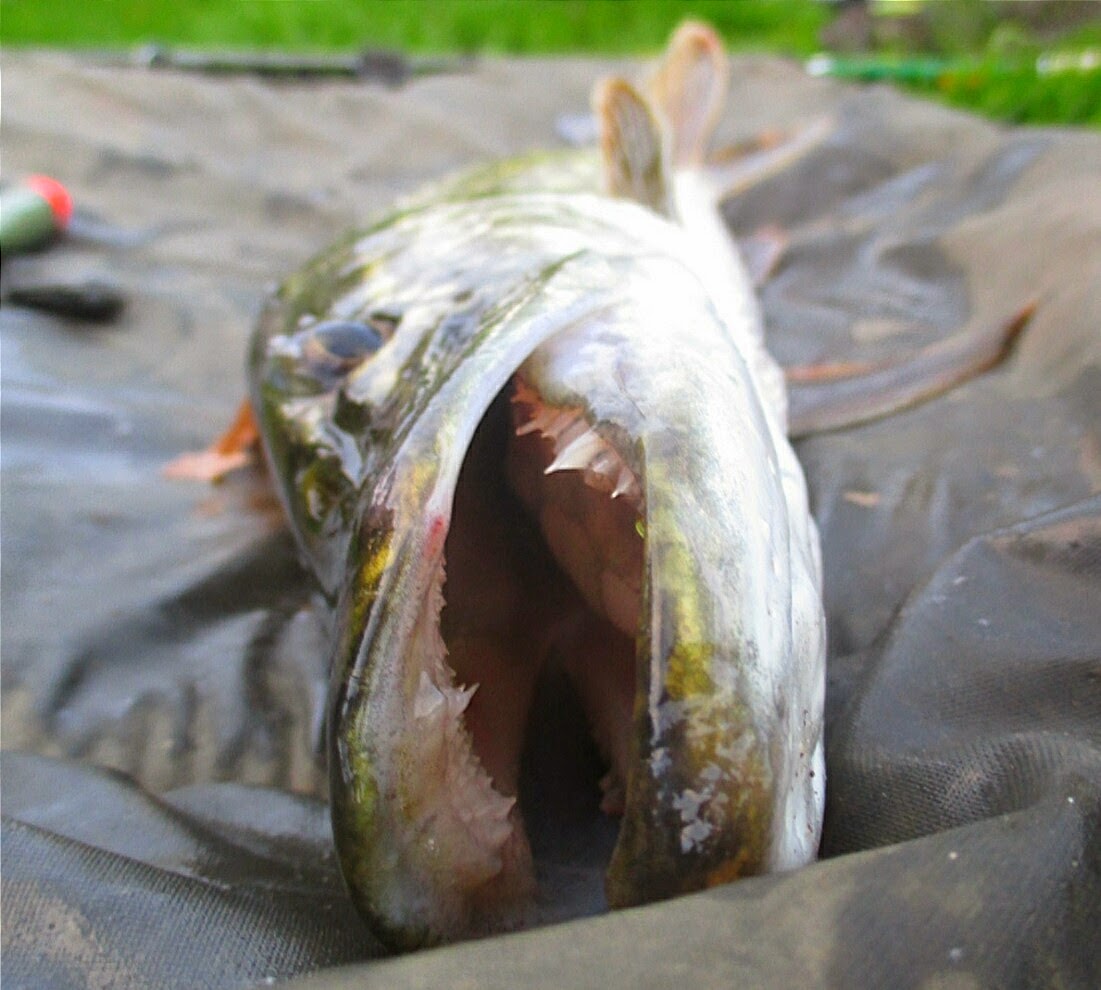 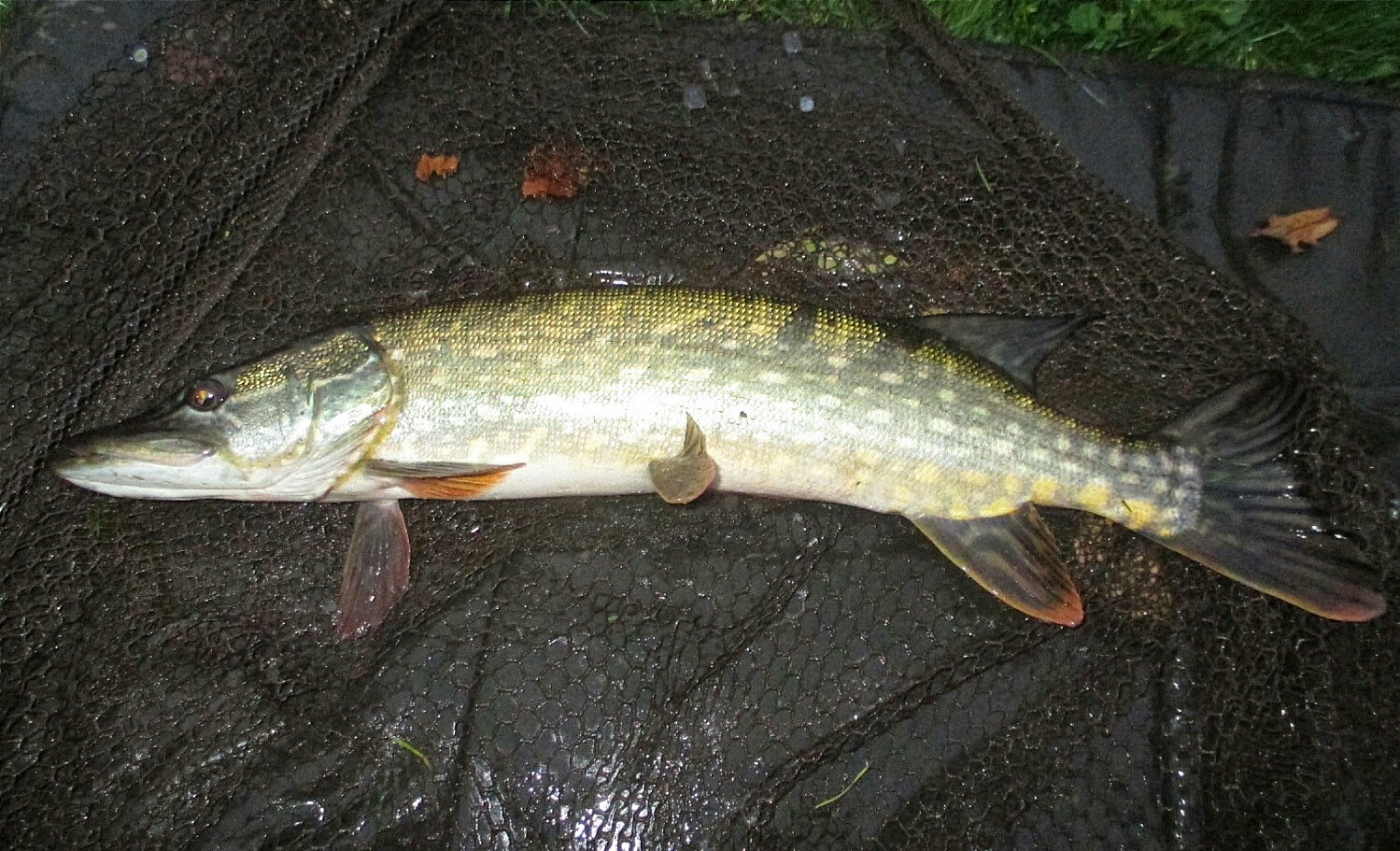 The final one was marginally the biggest and also fought very hard. It came at last knockings and I could barely see the float. After a bit of dentistry by headlight I called it a day as an owl begin to hoot in the background - too spooky for me! 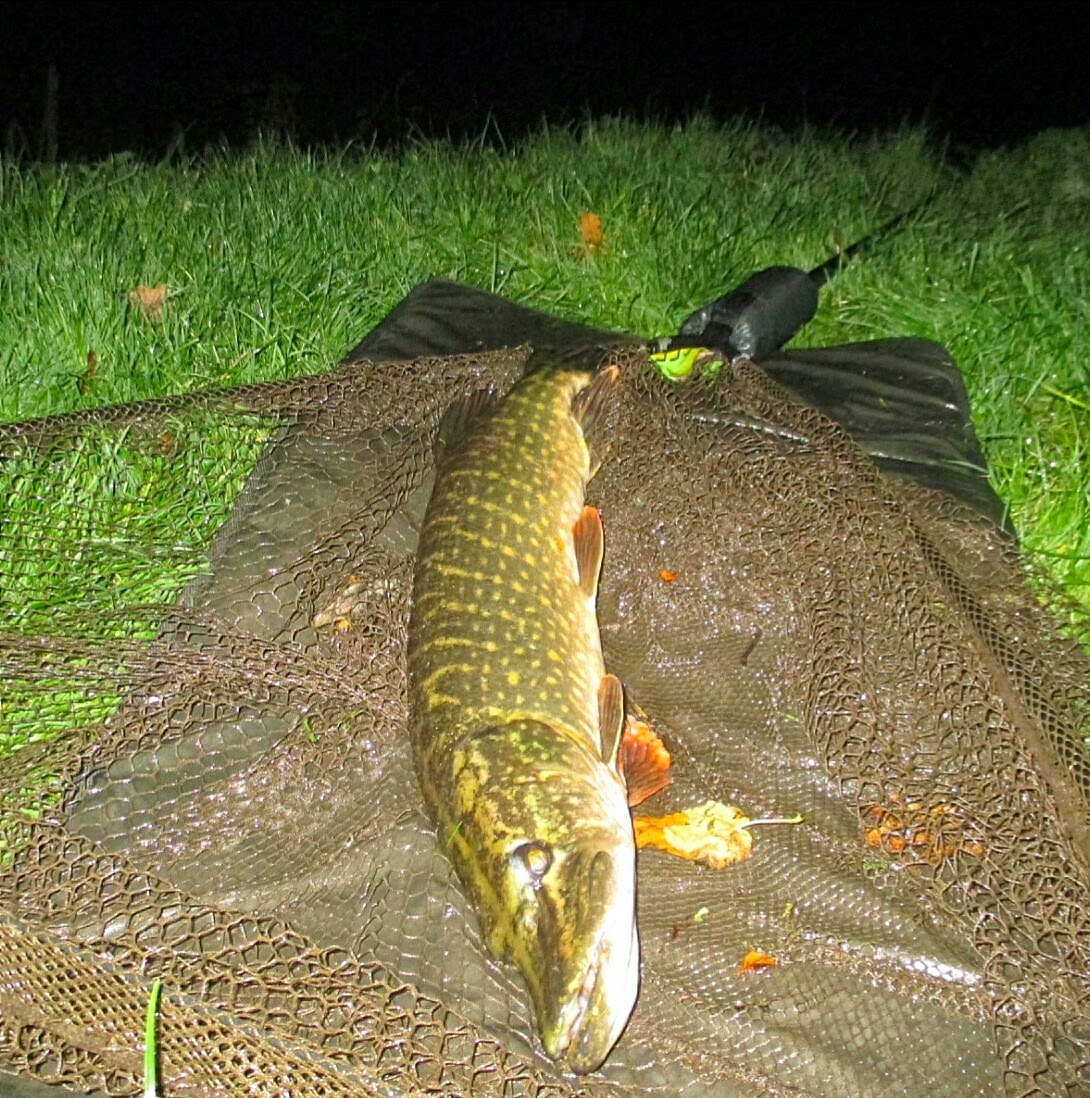 It's amazing what a difference a few weeks makes. Three weeks previous I spent 4 hours solely fishing for pike across 3 swims (including the one i fished this time) and totally blanked.

This week I only had a deadbait in the water for maybe an hour in total and bagged 4 fish from the same swim, all from a similar area close to the bank.

I do feel that by feeding up a shoal of prey fish and having them regularly flapping through the swim as they are caught and then swimming back through it after release, is a kind of pre-baiting for the main course. It's the best of both worlds for me. I get to catch fish on the stick, all the time improving the pike prospects.

No big girls on show just yet though but I've learned that you just have to be patient and wade through the jacks. They will show up in time.

Next week sees us with some unseasonably mild weather again with southerly winds picking up and taking over at the back end of the week. Until we hit a proper cold spell I'll continue my two pronged attack I think.

It's always nice to stumble on something really useful by accident - even more so when it's right under your nose.

I'd left it late to collect a few worms for my fishing session, so I wanted a quick solution. My usual panic method involves digging up whatever spare piece of land is available in my vegetable plots. During the main growing season this is impossible because all spare land is quickly planted with more crops.

Now, I did have a small free plot available on this occasion, but I tried something different. I'm an avid bird feeder and during the year the birds get clumsy and drop lots of seed from the feeders. This accumulates over time and begins to germinate, creating unwanted growth in my borders. When I've cleaned it out in the past I found lots of small worms.

The first shock was just how thick the growth was. From absolutely nothing, there was a thick, lush covering about 3 to 4 inches deep. A Hebe had been totally swallowed up! I pulled out a section of the green mass and amongst it were stacks of clean, immaculate worms of all sizes, including some big old lobworms. A positive worm bounty! 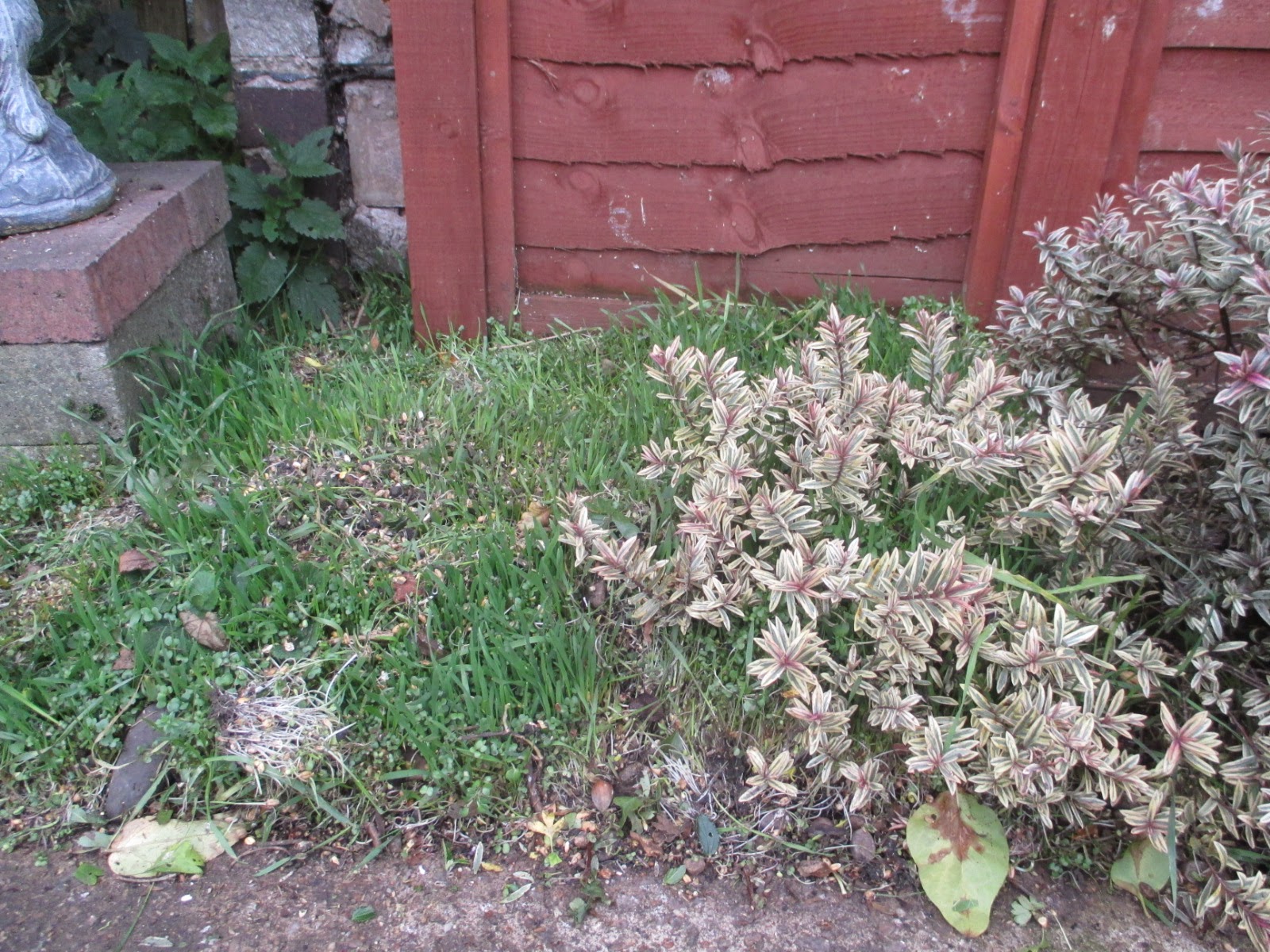 I pulled up a few clods and filled my tub with wrigglers, then patted it all back into place. Very easy, very clean and the most amazing quantity of worms in such a short space. I don't know if it will last, but for now I'll suffer a slightly scruffy section of border for this great cause. I'll monitor it over winter and see how it goes in the colder weather. 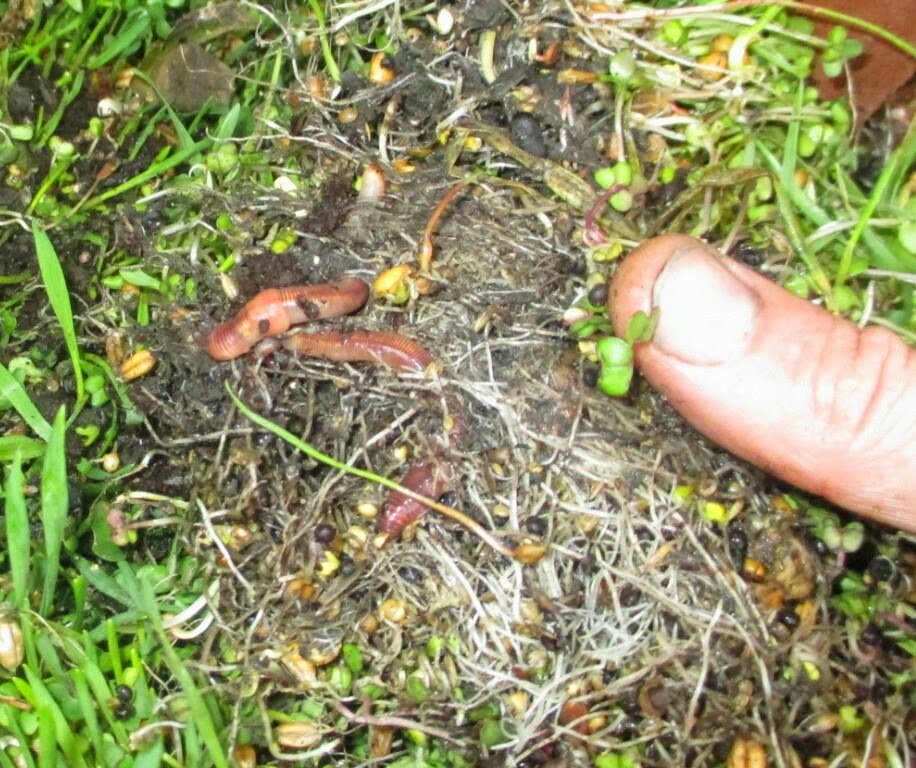 I guess it makes a bit of sense because we associate worms with lawns and between me and the bird life we've effectively created a small section of new lawn. The difference is that I can't dig up my main lawn in the name of fishing, but this little worm haven can be ploughed up whenever I need to.

On to this week's fishing and I headed off to the Avon for a short afternoon session. After my previous hopeless pike session I left the predator gear at home and concentrated on bream. The river was carrying a small amount of extra water, but had a nice touch of colour for a change. 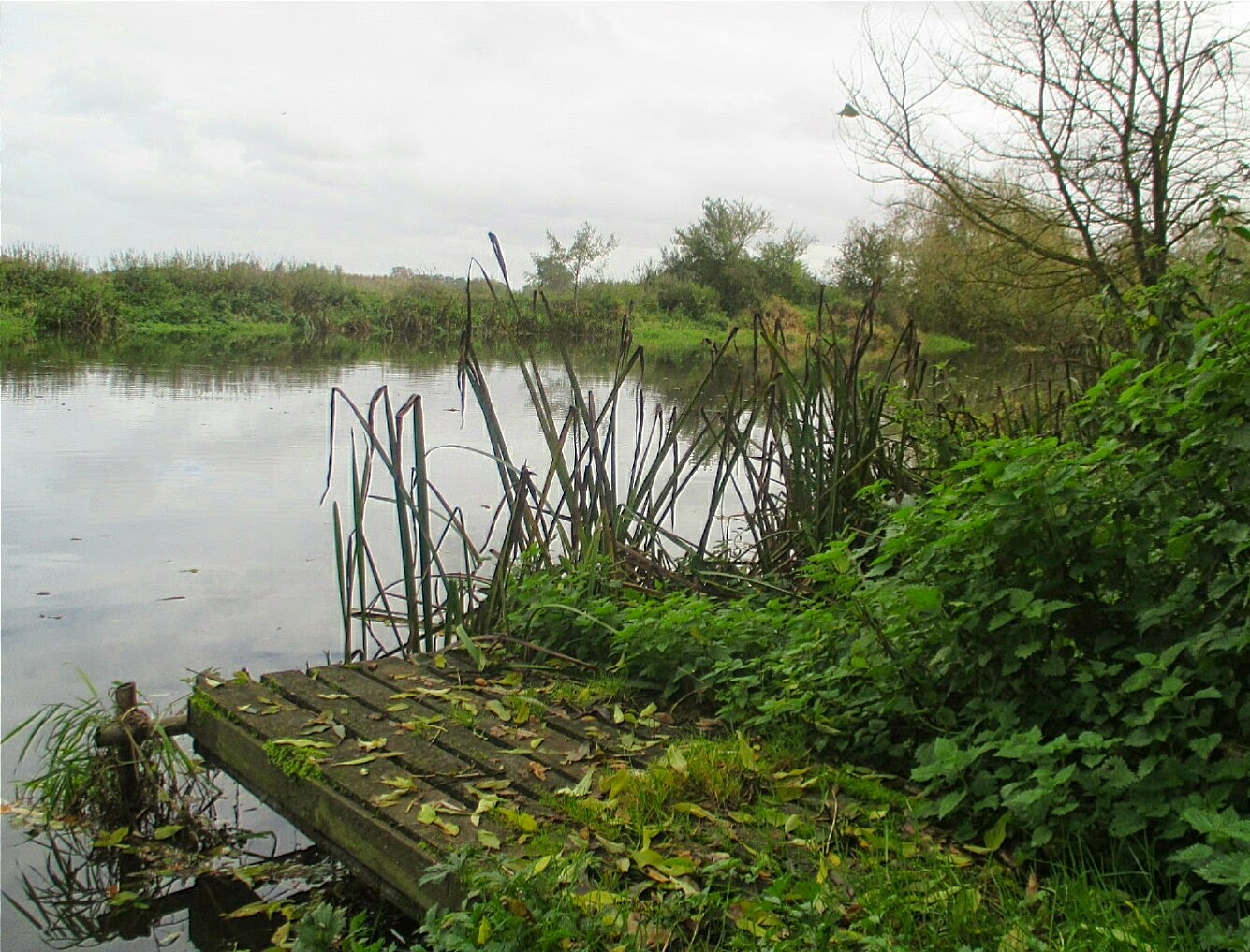 I boshed out a few balls of bait and attacked it with red maggots to start with. I went with a braid mainline to help with hitting the bites. Initially they were easy to come by from small dace and chub.

A switch to worm brought a bream of around 1.5lbs straight away and I thought I was in for a few of them. A couple of perch to about half a pound followed but then a more spirited fight turned up something I wasn't after on this occasion - a pike. I very nearly landed it but the hook pulled clear as I went to net it. 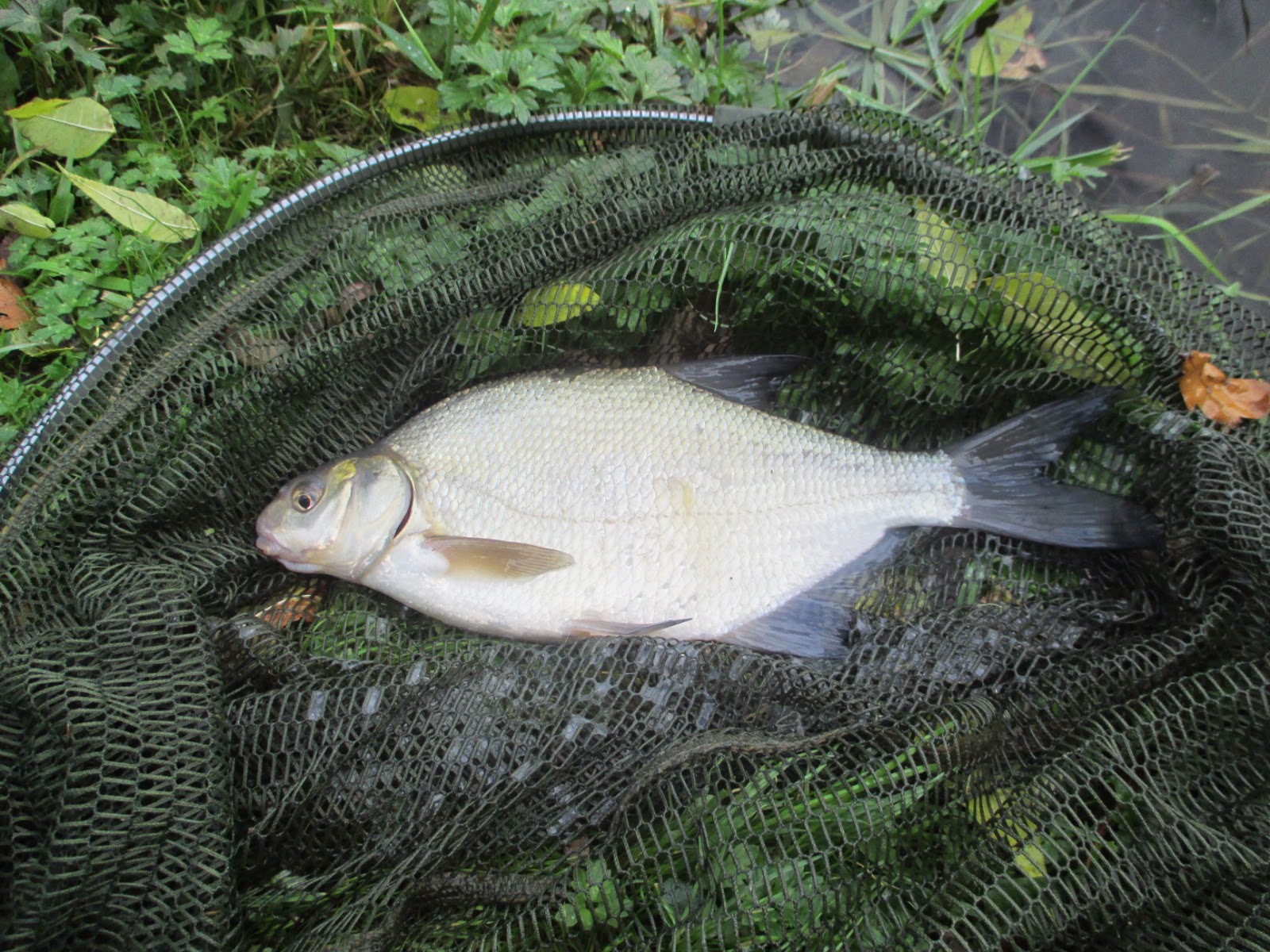 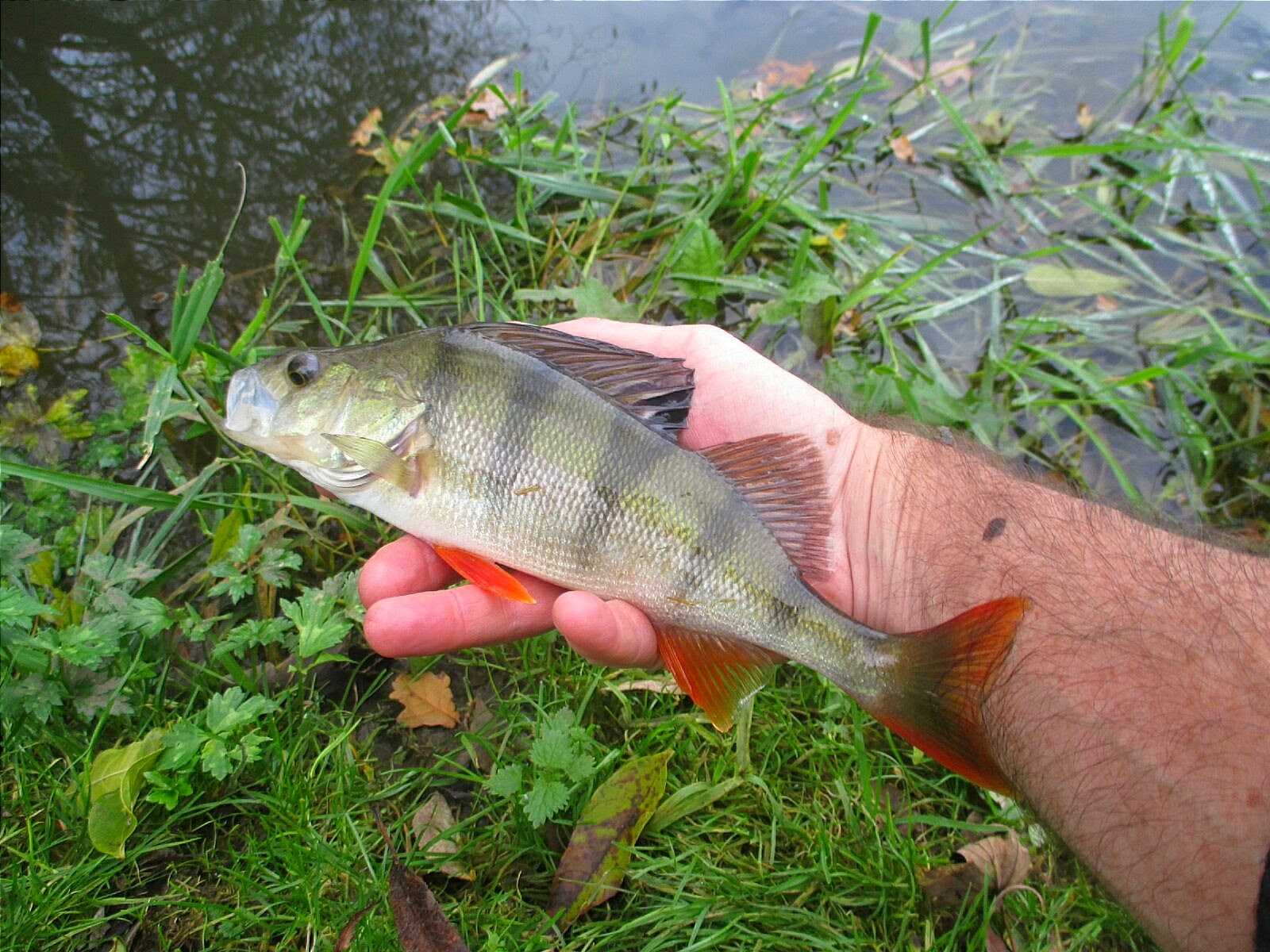 From that point on the fishing seemed to change. Bites were harder to come by and I was plagued with leaves and debris fouling my hooklength. A few roach started to show eventually though and a surprise eel showed up at last knockings. 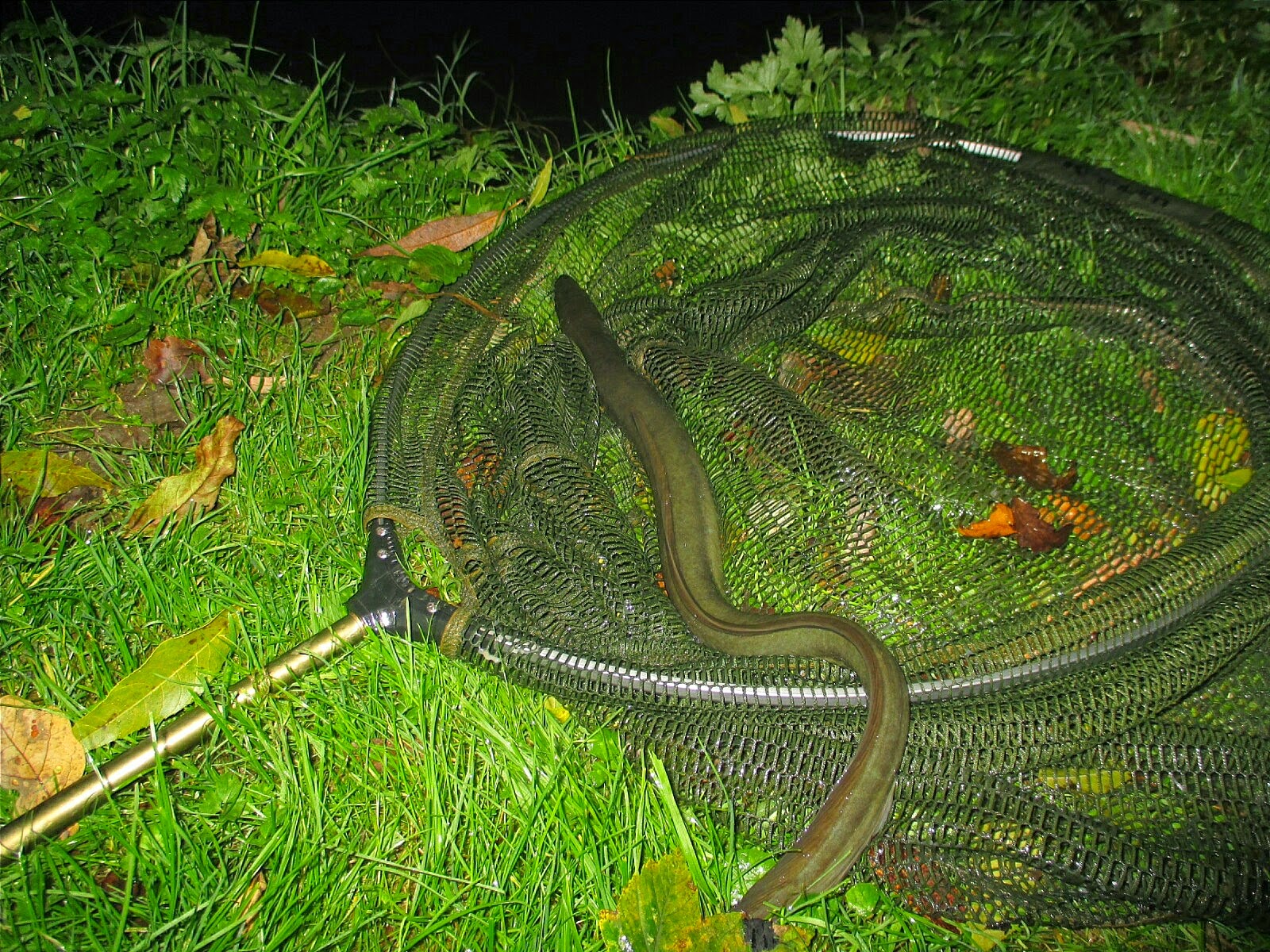 Not quite the session I'd hoped for, but with half a dozen species banked (and nearly seven!) it was a pleasant enough encounter.

Lots of wind and some rain due this week, but still no sign of any real cold weather setting in.
Posted by Sean at 13:07 1 comment:

Fishing has been few and far between for me recently and what bits I have done, have been mostly forgettable.

A couple of weekends were wiped out by a holiday to Croatia. My return to the river last week was a short session after pike from mid afternoon into evening.

I alternated smelt and roach deadbaits beneath a float for 4 hours across 3 swims. Not so much as a sniff on a low clear river. On an adjacent peg a new club member was wobbling a sprat and suffered the same fate. For an area that holds plenty of pike it was hard to believe that they'd all shut up shop. 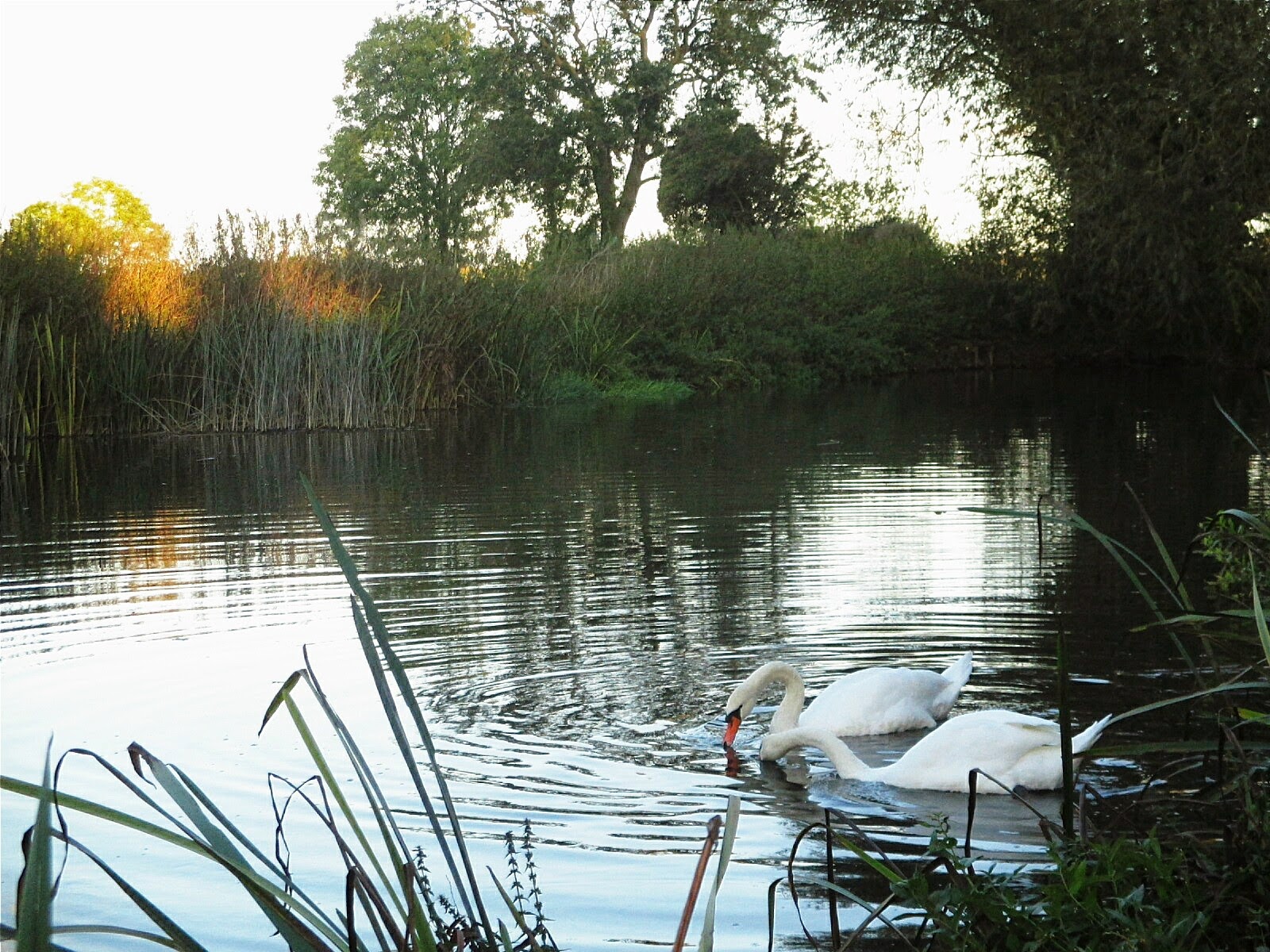 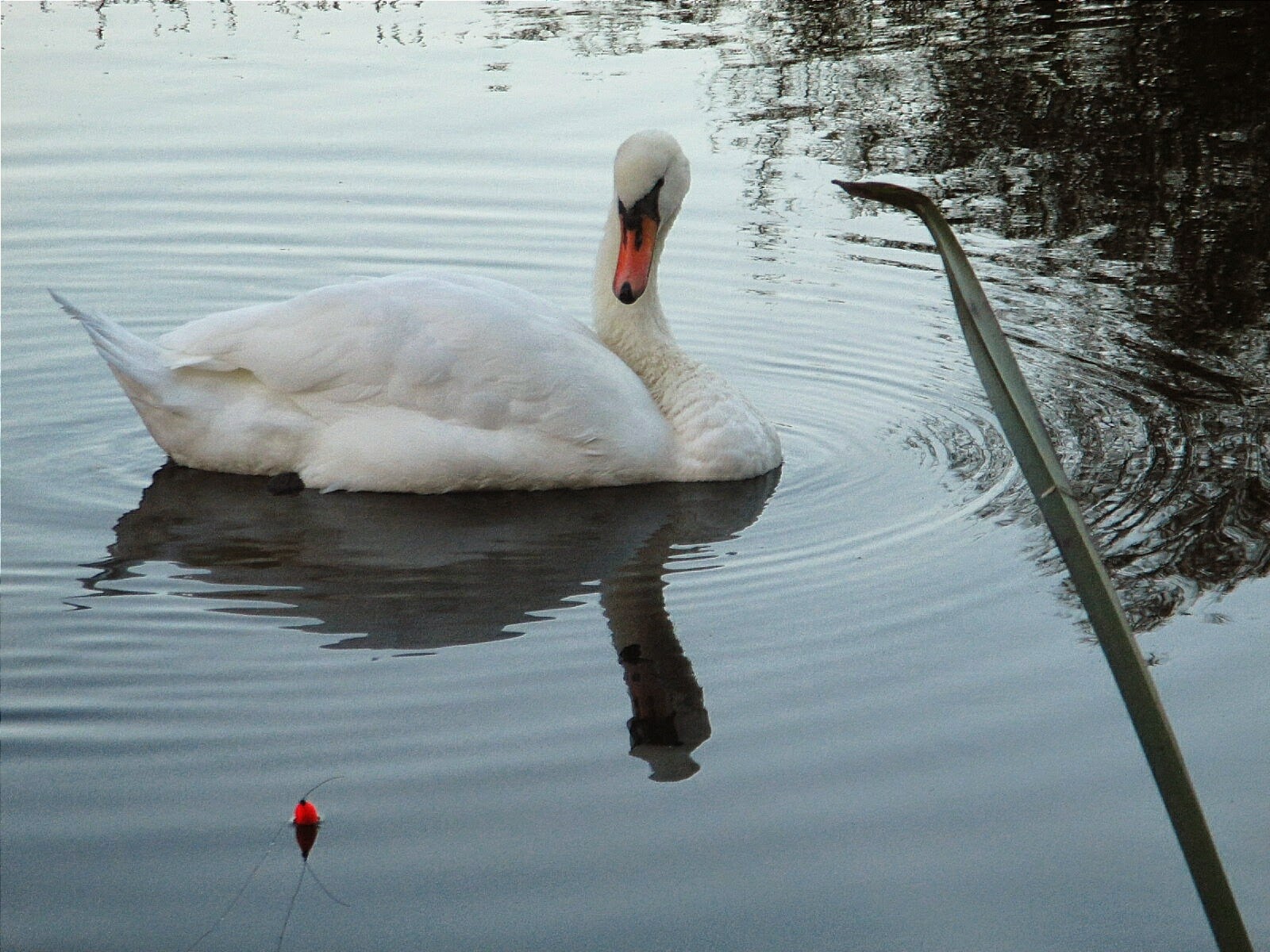 On to this weekend and I headed off to Herefordshire for another weekend away. The Wye looked spot on with a bit of extra colour and water. 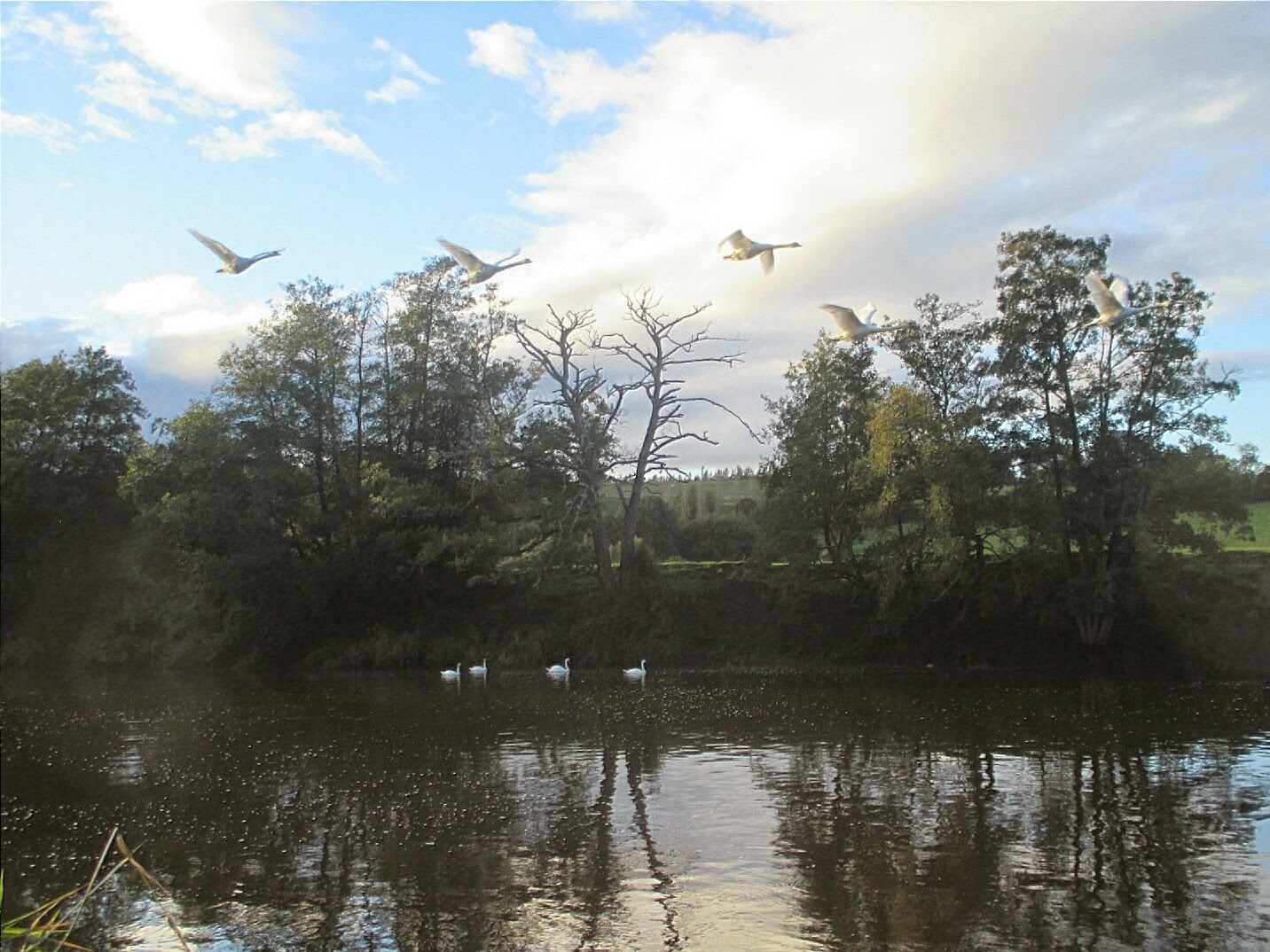 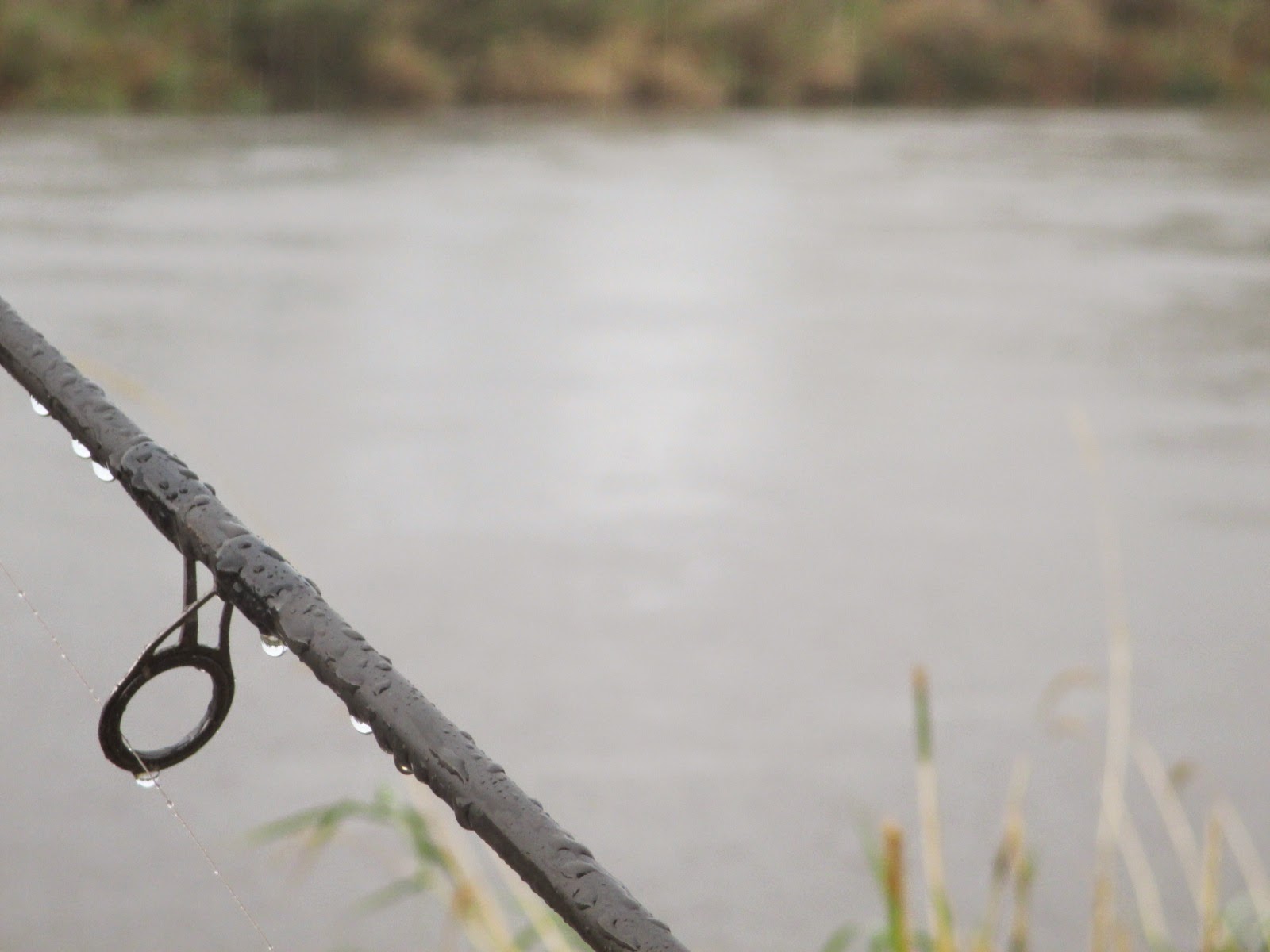 Small fish were plentiful to maggot and stick float tactics, but the barbel proved more elusive. Between three of us only two were banked and they fell to the same rod. Beautiful scenery as ever though and a welcoming host.


The next day saw us on a small shallow estate lake chasing carp and silver fish. A cold foggy morning greeted us, which wasn't exactly ideal. We toiled hard but for little reward on a moody lake. One carp, which did a great torpedo impression, was hooked and lost. Some roach offered a smidgeon of sport. Once again a lovely setting, but lacking in fishy activity. 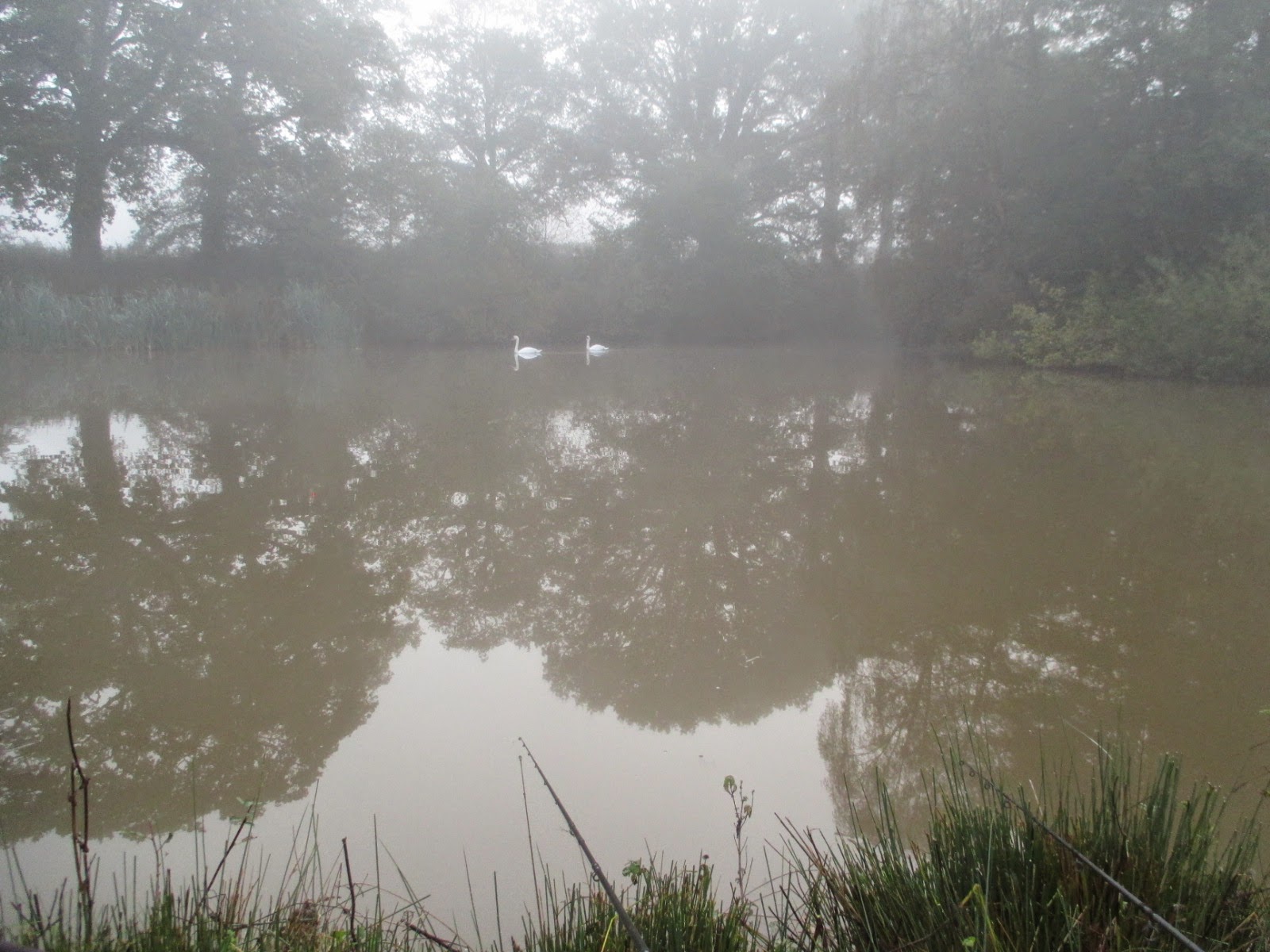 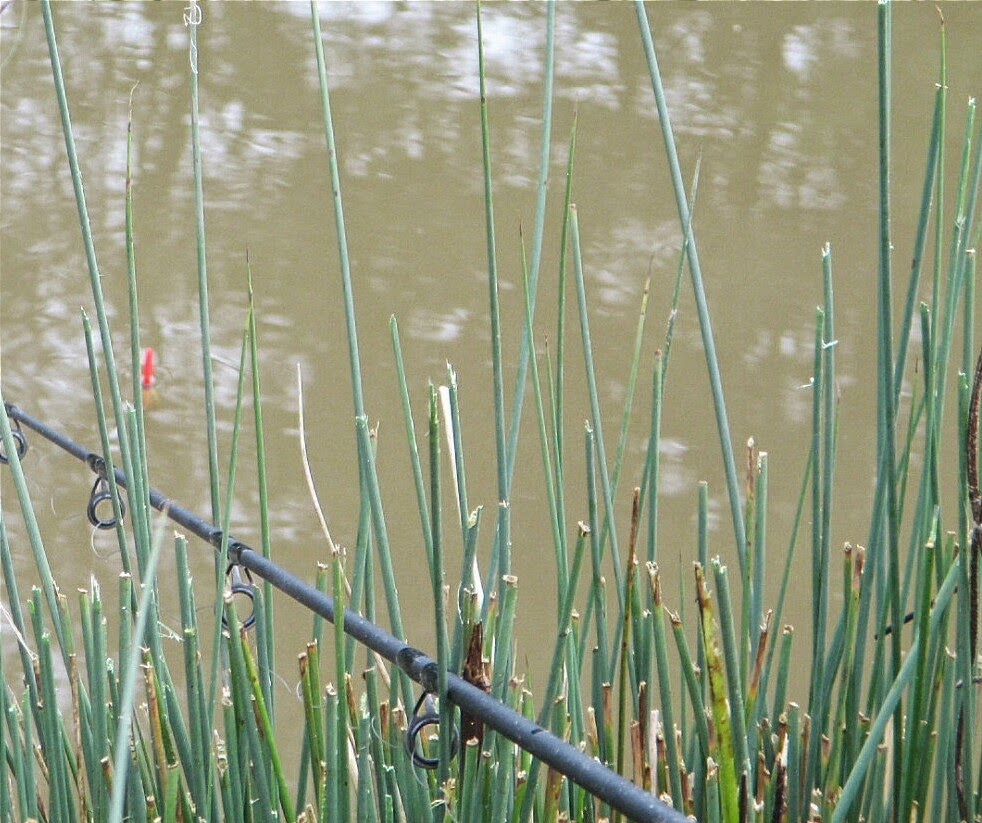 I need a change of luck sometime soon. There's only so many swans and floats I can photograph! Maybe the wet stuff lashing down outside as I write this, will herald a change in fortune. Last week's rain did very little for the Avon but hopefully this week we'll have a more sustained downpour.

Temperatures are set to rise towards the weekend and I'd like to think I'll be tackling a river with a nice tinge of colour next time out.