Three hours to play with, so I headed back to the easy access Anker stretch for my chub fix.

Donning my waders for a change, I positioned myself mid river and fired out some bread to see what was at home beneath the cover. Nothing! Not a sausage.

What I thought was a safe distance and a good ambush point, obviously wasn't. I'd clearly spooked them, as I had them taking bread earlier when I threw freebies from the bank. Lesson learned.

I left them to regroup while I went downstream for a spot of trotting. Plenty of bites for an hour so from mainly perch and chublets, with a roach and gudgeon.

Back to the chub and I stayed bankside this time and plopped in a freelined flake offering. The first run slipped across the flow and outside the killing zone. Second run I got it right and held it back slightly.

It didn't take long to become attached to a decent chub. After a spirited battle in the shallow water the prize was banked. A venue best for me at 4lb 2oz. I'm sure there's scope to push the bar higher and hopefully beyond the magical 5lb mark. 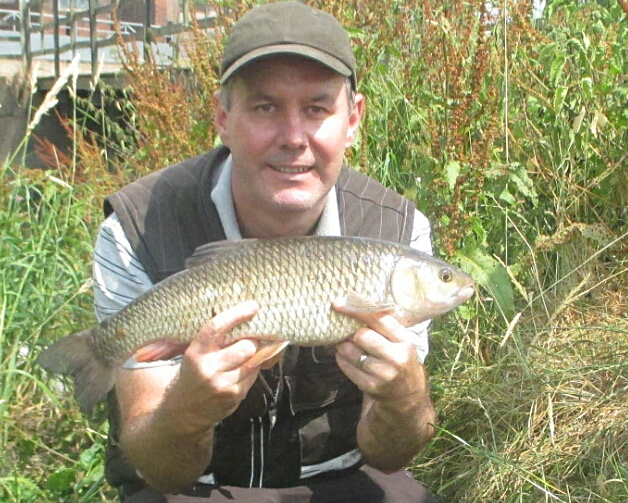 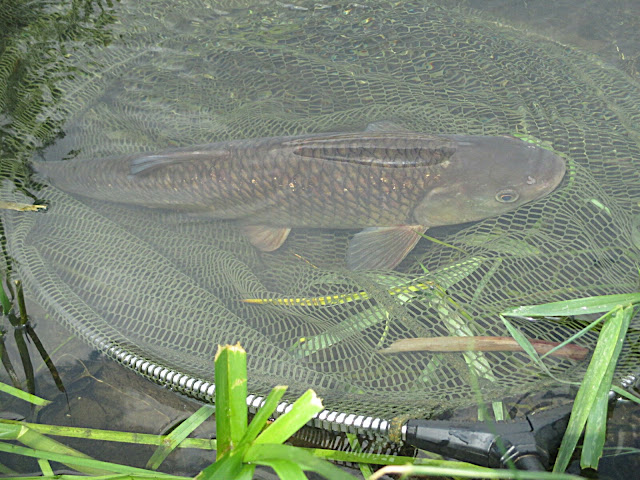 Next up is a further bit of exploration on a new venue. Looking forward to treading some new ground.
Posted by Sean at 05:35 No comments:


The closed season pretty much did what it said on the tin for me. I had three short sessions in cool weather and in keeping with the form I endured throughout winter, I mustered up a single canal skimmer in three outings.


Fortunately I had plenty to keep my mind off fishing and the three month river sabbatical seemed to drift by pretty quickly. A stag do, a wedding with best man duties (in Ireland), an 80s music cruise and a couple of family mishaps all helped to keep my mind largely occupied.


Once again I have various tickets covering a few rivers. Some old, some new, some returning. Without doubt too many options and definitely not enough time to explore them. Not that I'm complaining. It's the most varied and enthralling set of tickets I've ever held, with lots of new ground to explore.

No challenges to participate in this year and I'm not initially setting any targets either. The early season focus is on getting around different waters and just catching fish again, while learning as much as possible. I'll probably be more selective as we head into autumn.


The opening week or so was mostly spent trotting maggot and caster under a stick float. Fish were fairly obliging to that approach on all three rivers I tackled. Nothing remarkable to report, but a good mix of species (dace, chub, roach, perch, bleak, eel, gudgeon). 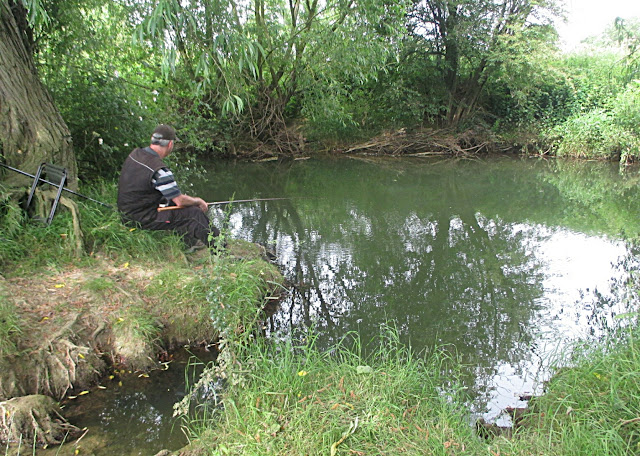 Best fish of the week was a 3lb 14oz chub, stalked from a goldfish bowl of a peg on a new stretch of the Anker. The fish are suckers for bread and it's just a case of priming them up, before running a freelined offering through their holding point beneath a willow. It's instant action. 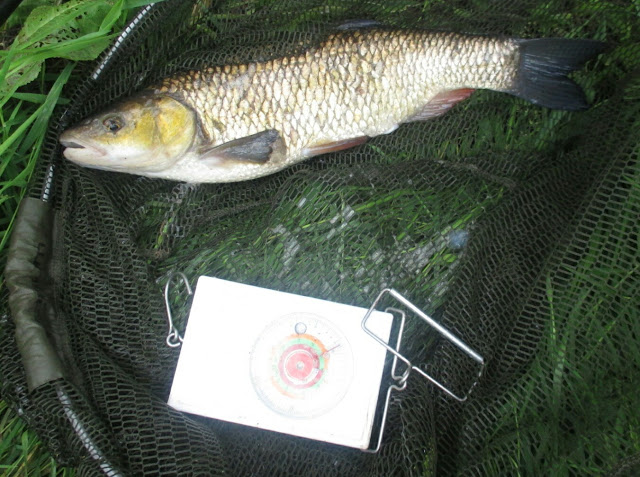 The only difficulty is selectivity. Whichever chub nails the bait first is what you get. The rest are invariably spooked. I'm quite taken by this little stretch though. Big chub (6lb+) and barbel (14lb+) are in residence, but will take some extracting. Pike were clearly present too in one swim where I was catching plenty of perch. I had two under my feet at one point. I'll be investigating those in the autumn.


A week into the season and I had my first short session after chub or barbel down the Avon. Conditions were poor (hot and dry), but I had some unexpected time available one evening and I figured I wasn't going to catch anything sat in my garden!

One rod with a piece of meat on a hair rig, with some free offerings scattered around. Nothing for an hour plus, then a proper old pull on the tip. Strike, miss and I just put it down to bad luck.


By now the penny dropped and I figured I had a few cagey chub in the swim, so the hair was trimmed off and I simply buried the hook. Very old school.


Rebait, cast, wait, proper pull around, strike, connect. Bingo! Not exactly anything to crow about though - I doubt it scraped 2lb. A moral victory nonetheless, even if the chub were already 4-1 up and cruising to victory.


Foolishly I thought my rig change would see better fortunes, but the little blighters taunted me until I left with pluck after pluck on the bait.


I did manage a couple more - best around 3lb - but no sign of a barbel. Plenty more time for those when conditions will be more suitable.


Next up a week later was a fishing and football double header. Rather than watching England's quarter final encounter, I opted to find a shaded peg on the Anker and listen to it while doing a spot of trotting. 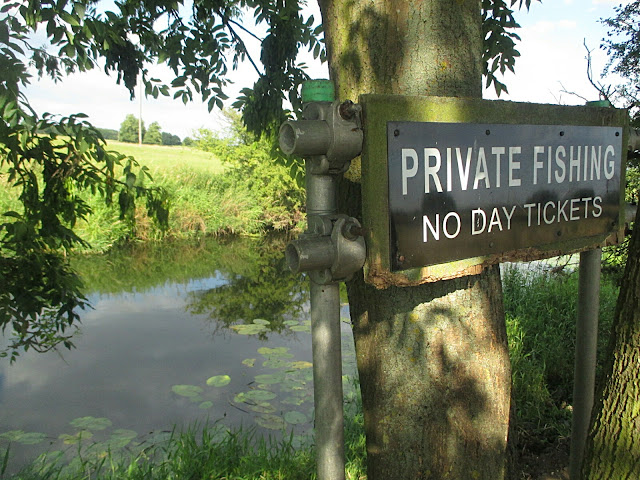 Lots of perch obliged over the couple of hours while England secured their semi final berth. Nothing huge, although one of them managed to snag me in the lilies and the rubbing on the line eventually saw us parting company.


We resumed contact later on though when the same fish was banked. It was proudly sporting my earlier hook, with maggots still attached! 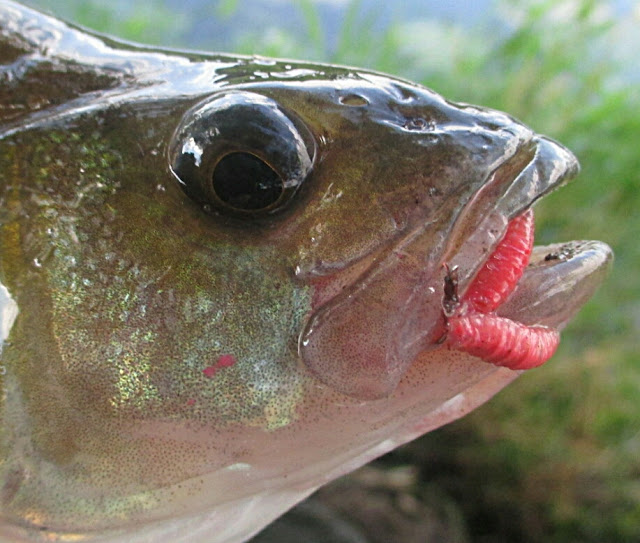 A move to the banker chub swim was the final act of the session. One chance with freelined bread beneath a tree before exiting. It went deeper under the willow than I expected, but a sharp pluck on the tip and I was in business. Not one of the beasts though - probably one around 2.5lb. Almost a booby prize really when you consider what lurks within. 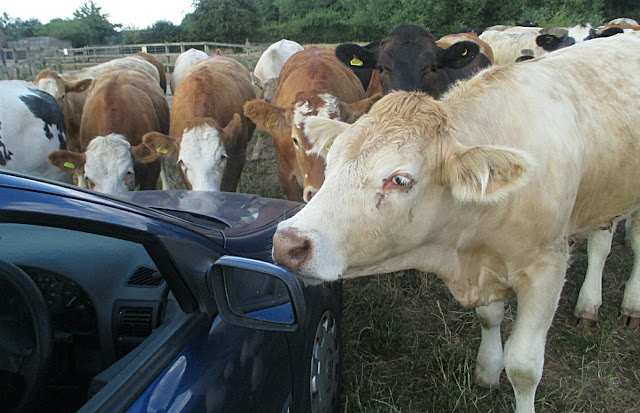 In true British style it's hard not to moan about the weather. The EA gauge that I use for the Avon is currently reading lower than at any time in my blogging years.


A far cry from the winter months when I was moaning for different reasons. No immediate sign of change either. Just got to get on with it and choose wisely I guess.
Posted by Sean at 07:34 No comments: