Out With a Whimper

Well my final river session of the season was an anti climax as I bombed out on a decent looking Leam. I intended to wander well out into the woods to reacquaint myself with a swim I'd discovered earlier in the season. It would also get me well away from other anglers.

It all changed when I found no sign of anyone else  at the parking spot, despite it pushing towards 9am. Quite incredible for a last day and on a weekend. It changed my plans for the day and I decided to take the simpler option of a pool about 100 yards upstream that had yielded a few fish earlier in the season. 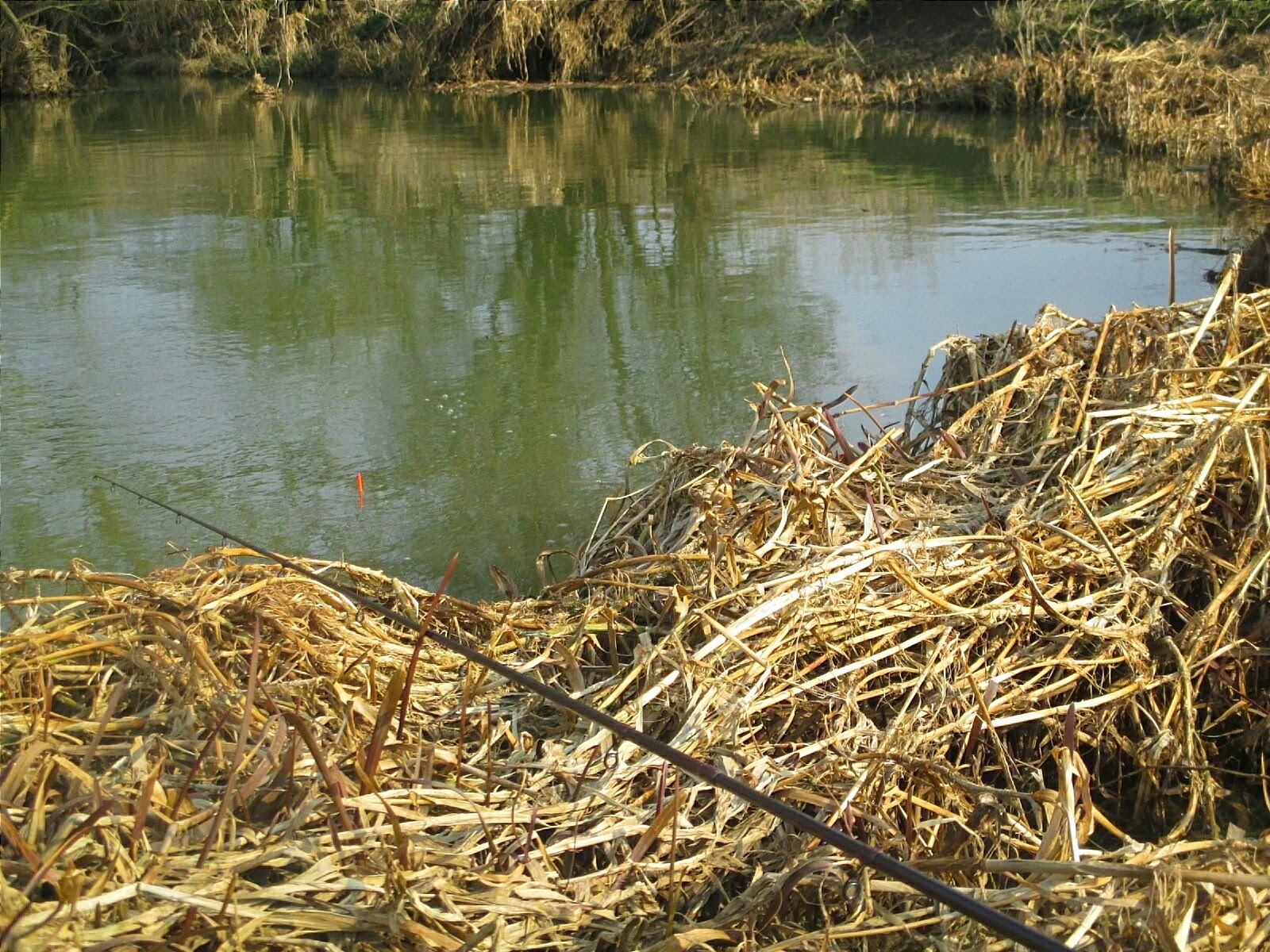 I gave it the bread mash treatment in three areas and worked my way through them. Nothing doing. Even the banker swim with a small raft failed me and I was getting cold and agitated by the nagging facing breeze.

I gave up on that pool and jumped in the car to head to more familiar territory. I wanted a change though, so I spurned the usual bank and headed for the opposite side of the river and some shelter from the wind.

After two more failed swims I finally found a few fish in a section that I'd never tried before. It saved a blank I guess! More knowledge gained for next season too and I will definitely be back. 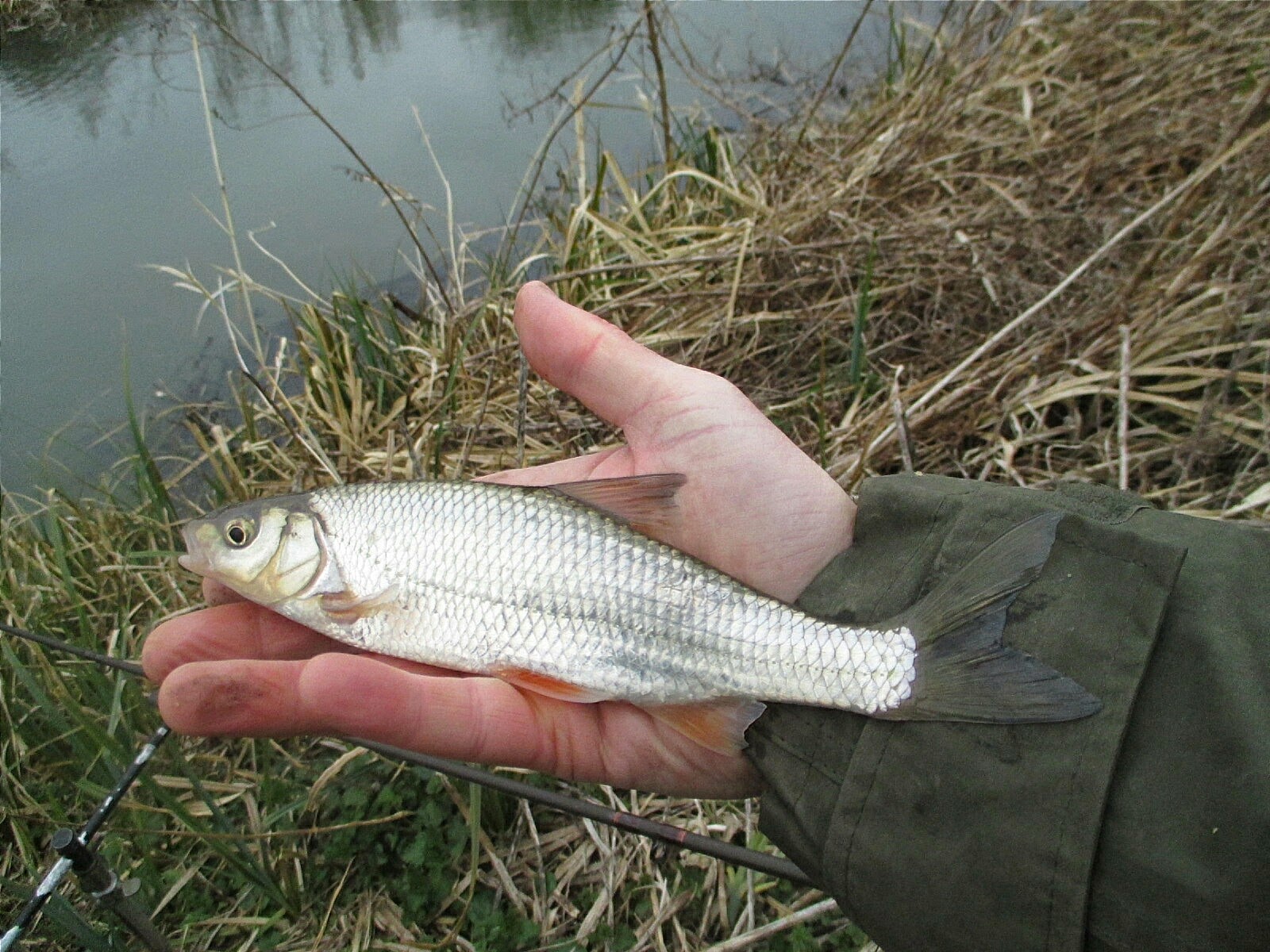 Plans are now being hatched for next season and a little scouting mission is lined up for this weekend to check out a different river. I also need to work out some closed season options. For the first time in many years I have no stillwater options on my club tickets. The closure of the Warwick racecourse reservoir scuppered me in that respect.

I shouldn't really have any issues, with seven pools (five offering free fishing) within a 20 minute walk of my front door. Two canals in that zone, further widen the options. I haven't fished any of them for quite a few years, so maybe it's time to stay a little closer to home to see what's changed. Lure fishing on the canal is a likely starting point this weekend. I have never caught a zander by design, so it's time to try to put that to bed.

Finally, I've always been intrigued by swing tips and their potential for sensitive bite registration, but I've never actually used one. The quiver tip is now the main form of tip based bite detection and aside from that, for my legering, I've only ever dabbled in butt indicators and cheap bite alarms which don't exactly thrill me.

While searching for potential new purchases I stumbled on a Shakespeare specialist rod that has a threaded top eye to accommodate a swing tip. For a shade over £30 delivered, I had to take the plunge, as well as grabbing a swing tip from elsewhere. Any excuse for a new toy to play with! I'm sure I'll invent a reason to try it out soon...

A belated report this week, due to a spot of food poisoning that knocked me about earlier in the week.

I headed out last Sunday late morning to face the worst of the weekend weather. Dodging the showers I hopped my way up and down a 100 yard stretch of the Avon, armed with a couple of pike rods. 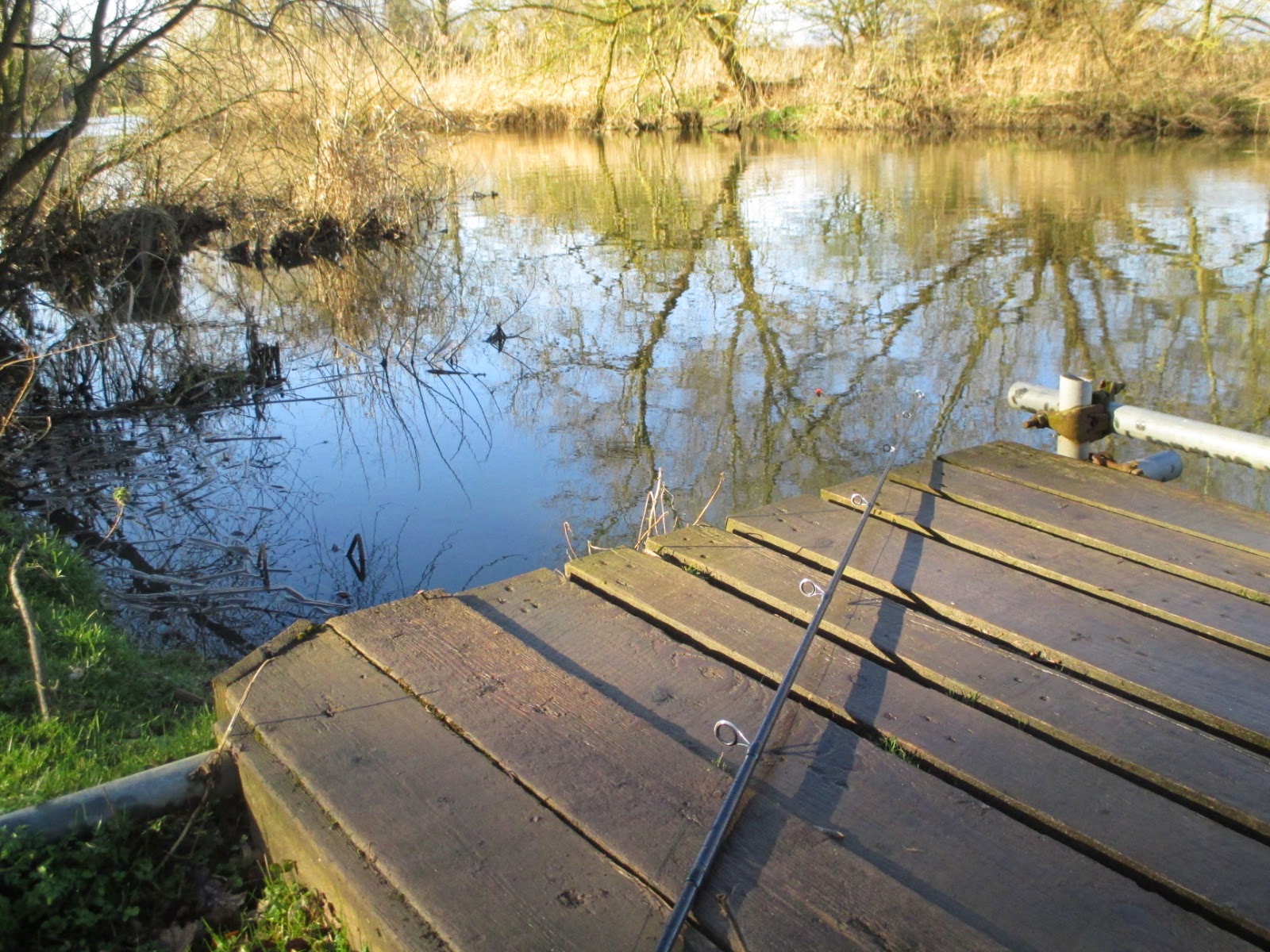 A slow start in the first peg saw me eyeing up a move, but then I had the strangest bite on my left hand rod. Pike bites on deadbaits nailed on the deck tend to be quite tame and deliberate affairs. This was a complete slammer though.

I struck into it immediately and thought jack. It wasn't fighting like one though and then I saw those rubbery lips and my eyes lit up. My first chub to a deadbait. Not a specimen though - just a fish of 3lb 4ozs that had engulfed a 5 inch section of lamprey. 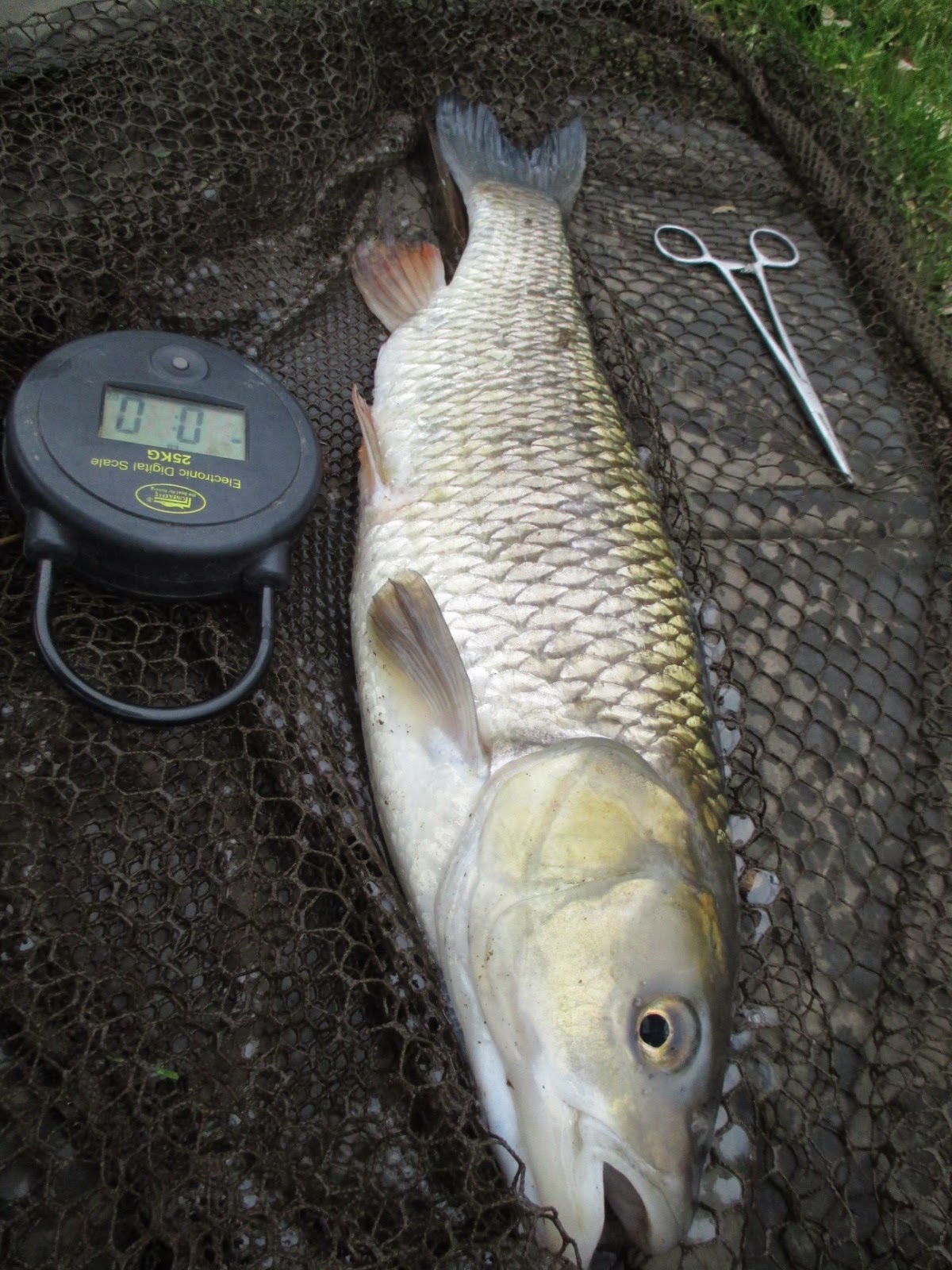 The pike fishing was slow on the upstream jaunt with just one jack to show for much endeavour. The return run was a little better with fish of 9lb 6oz and 11lb 8oz as the light levels started to dip away. 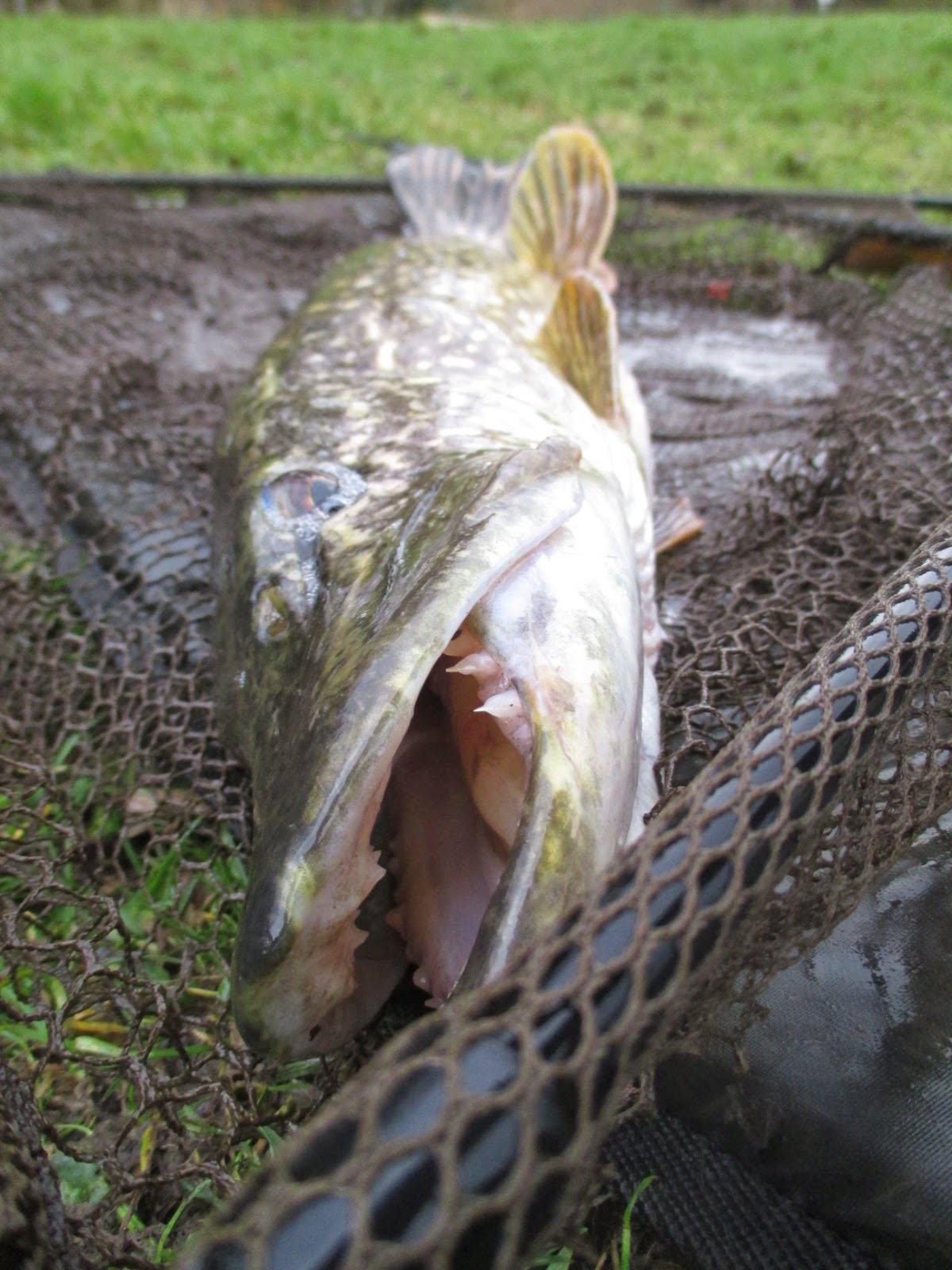 That's me done with the Avon for now. My last session of the season will be on the Leam if all goes to plan and I'm looking forward to getting out the stick and pin again.

Back to the river this week and it was looking in decent trim. No longer lapping over the platforms, it had now dropped back to around 6 inches above normal level. Holding a nice colour and with an overcast afternoon on the cards, I had a shot at the bream.

I gave it my standard approach of half a dozen balls of groundbait and topped it up for the next 3 hours through the feeder. A sleeper rod for pike was in place too.

I've been experimenting with groundbait recently, trying to conjure up some homemade offerings. I've been using ground up loaves for quite a while to bulk out my feed, usually mixing it 50-50 with something purchased from a tackle shop.

Today's concoction combined some ground up white and brown bread, along with some Tesco value cornflakes - also ground down. A good dollop of liquid molasses was mixed in, which gave it a nice golden brown finish and a sweeter smell. It was perhaps a little on the stodgy side and in need of refinement, but nonetheless good enough for this occasion and very cost effective.

It was a little easier than last week, but they weren't exactly crawling up my rod and bites were quite finicky. A few dace started to show, before I hooked into my one and only bream - 3lb 12oz. 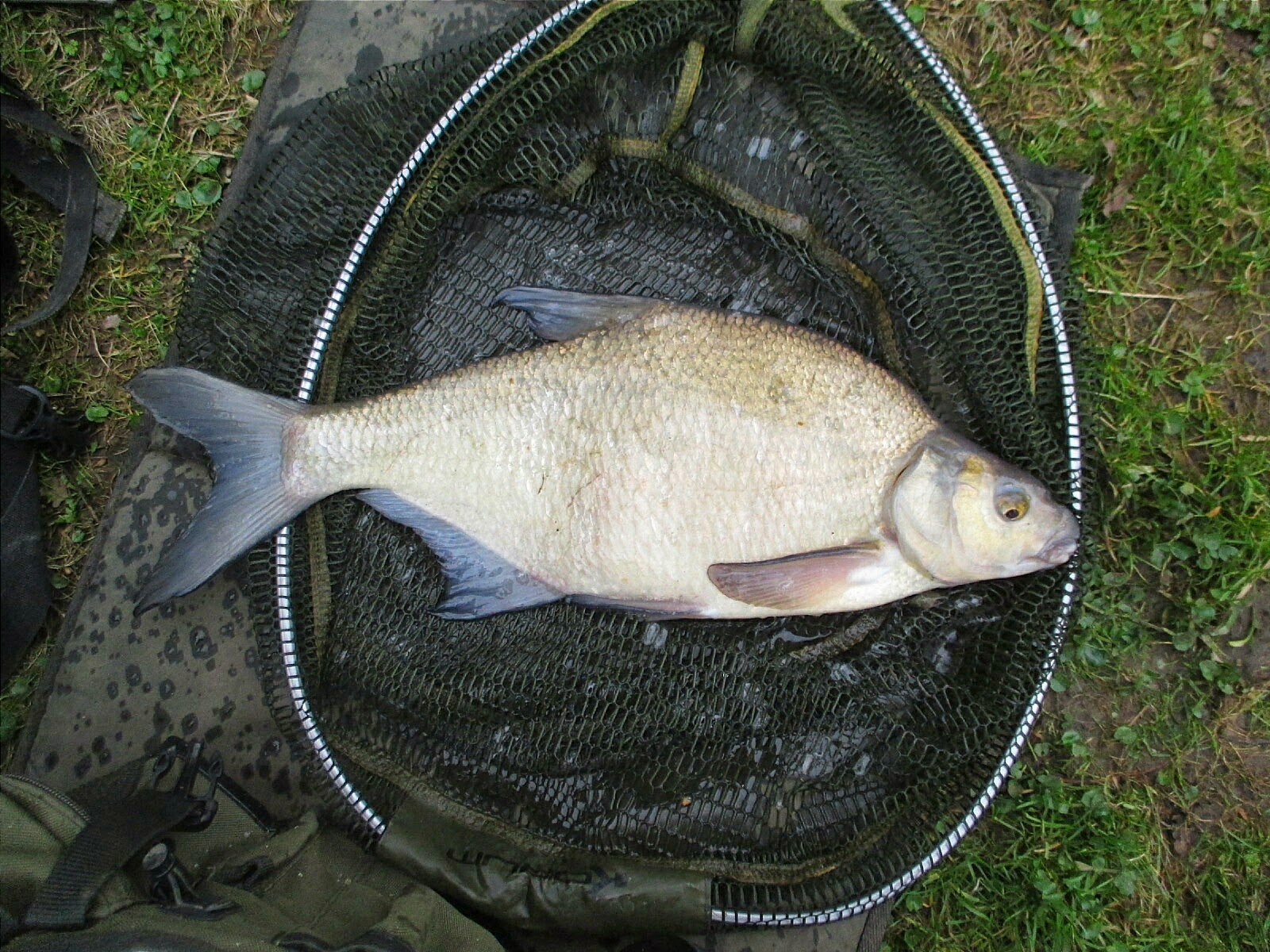 The pleasant start to the afternoon started to ebb away and was replaced by some filthy windy and showery conditions. Luckily my spot was sheltered from wind, but the rain was a different matter. 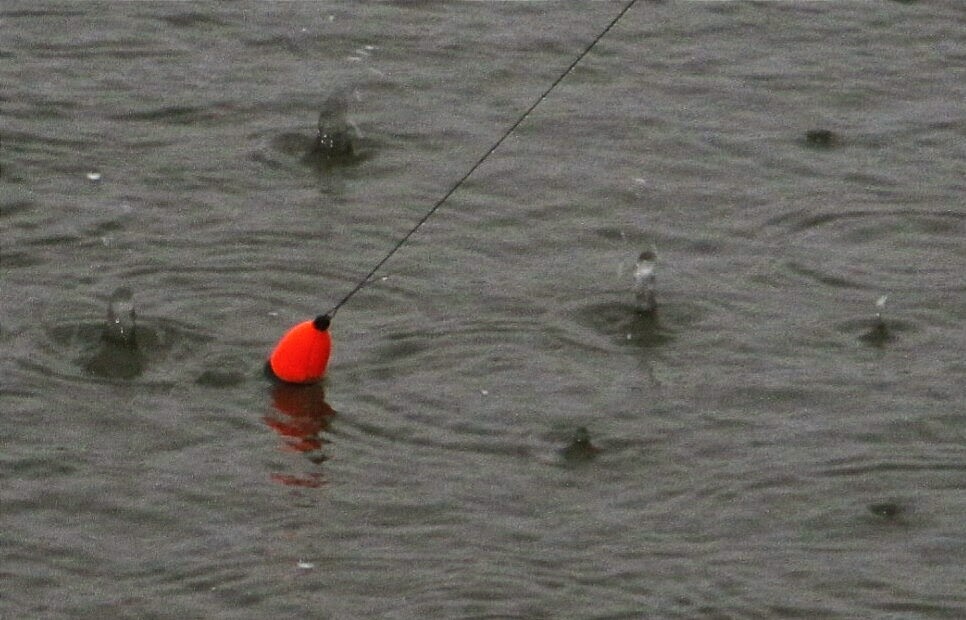 A bonus pike came to my sleeper rod and that woke up the piker within me. With the bream being quiet and only having caught half a dozen dace and a couple of roach, I retired the feeder rod. 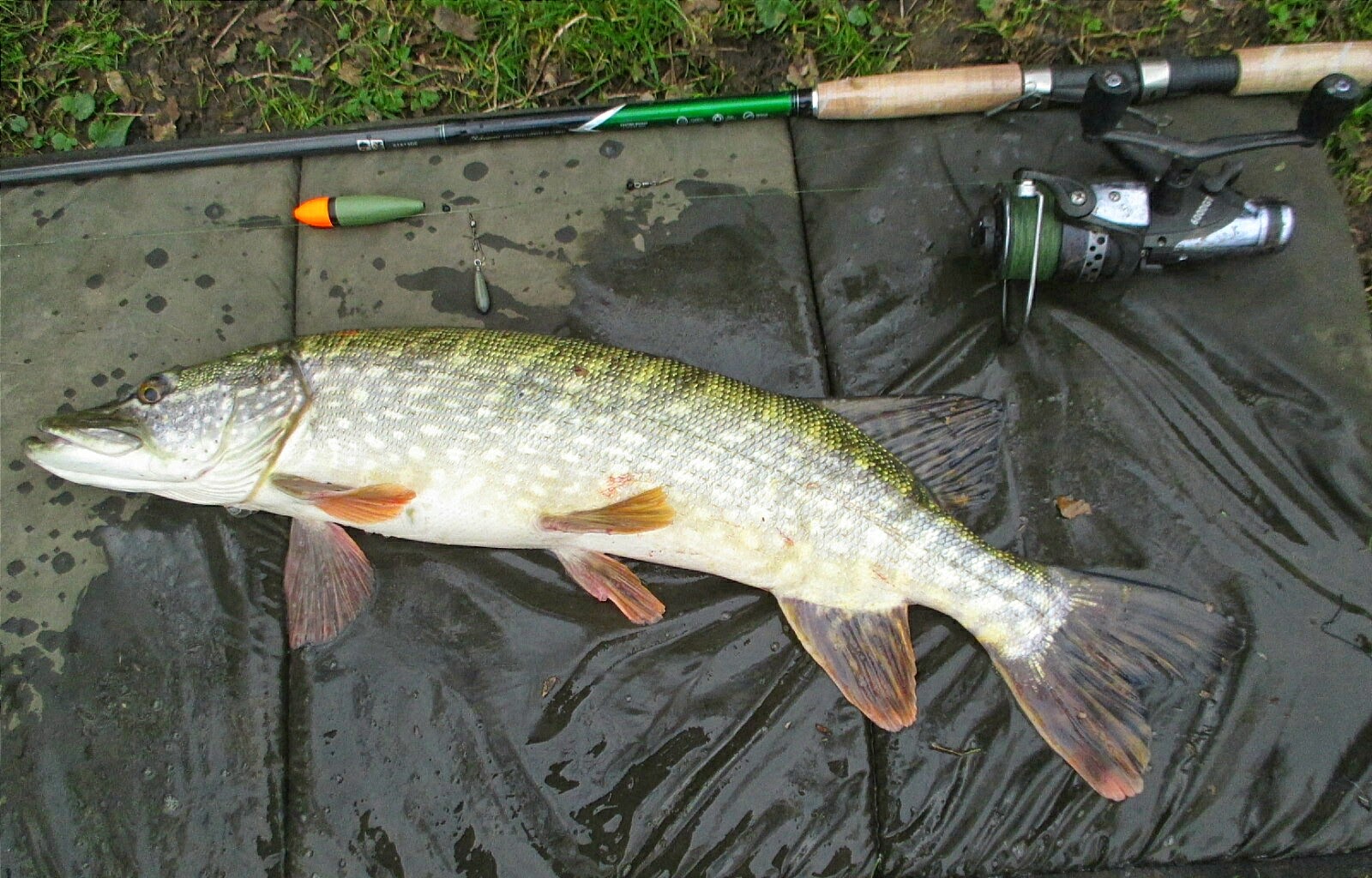 I didn't catch another fish! I did however hook and lose three pike though, which is becoming a bad habit recently. Maybe it's just bad luck, or maybe I'm hitting the bites a little too quickly. I don't think I'm doing anything differently, but I need to get back to a higher ratio of fish landed. Some food for research in the week ahead... 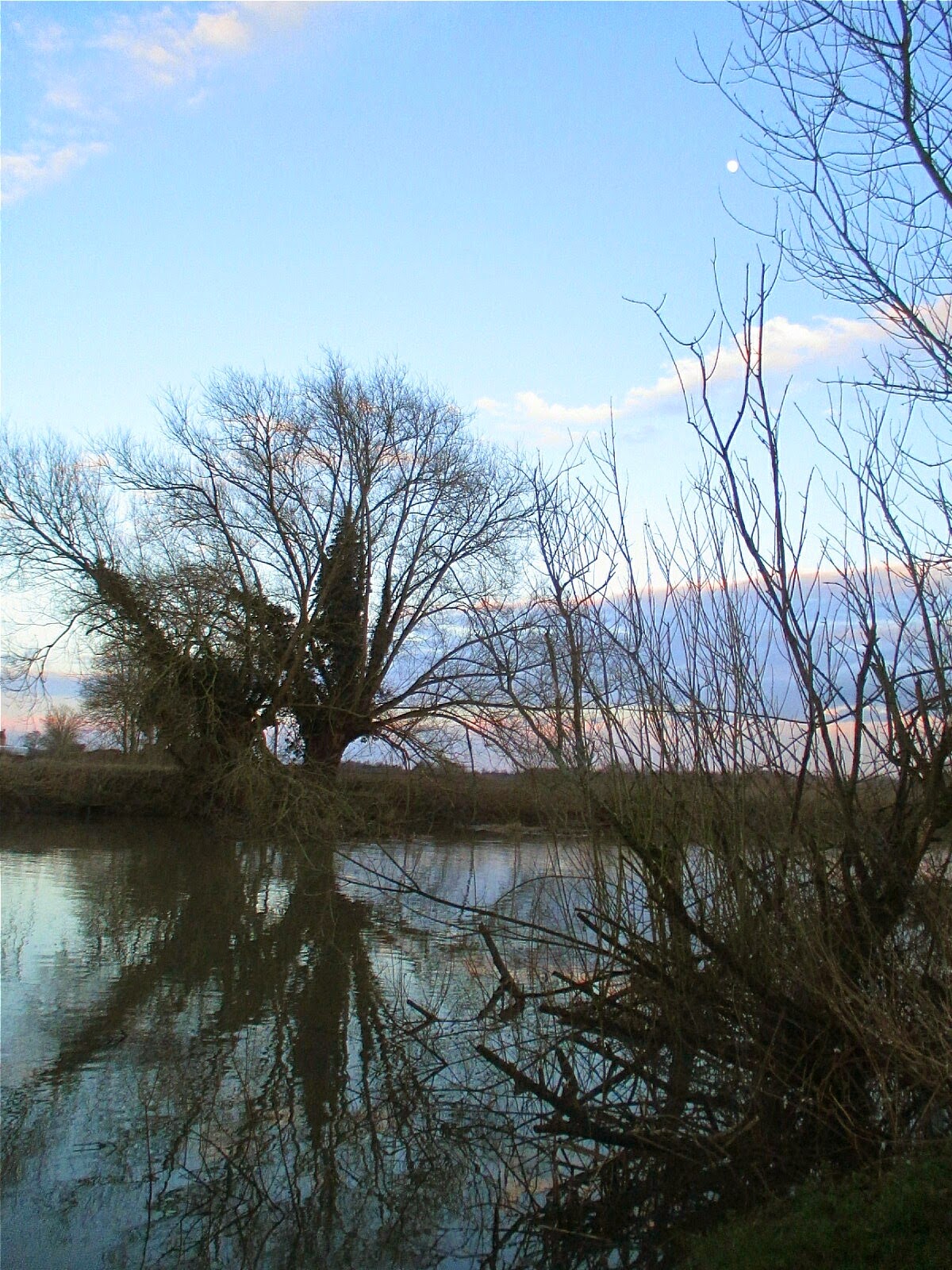 Just two sessions left for me now this season - river and weather permitting of course. I'm then looking for different options for my weekly fix.
Posted by Sean at 14:57 2 comments: