Another river season comes to an end and perhaps for the last time. It hasn't ended with a bang for me though and I suspect many others have suffered similar fates.

I had planned a final Sunday afternoon outing and the snow melt was dropping out nicely over the week. A deluge at the back end of the week killed off all hopes though and my season was over. I couldn't summon up any enthusiasm for an almost nailed on blank. 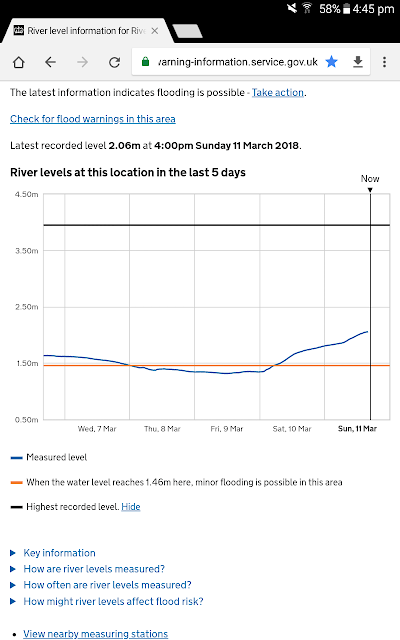 For what it's worth, three sessions are missing from the records so I'll get them noted down for completeness.

The first was a bonus chilly Friday afternoon session after zander. I had a hospital visit at midday and it seemed like a good idea to use up some time owed to me straight after.

Settling into my peg I was accosted by a non-member (not fishing) intent on asking all manner of questions, interspersed with dubious claims. He once caught a 15lb Avon zander apparently. I naturally congratulated such a fine catch. He then said it was the biggest caught that year, but it didn't count because he didn't have any authentic scales. Guesswork posing as fact then! Why do I attract them?!

I certainly didn't need any scales or guesswork for my endeavours though. Two dropped takes were all I could muster and it left me musing over my rigs. 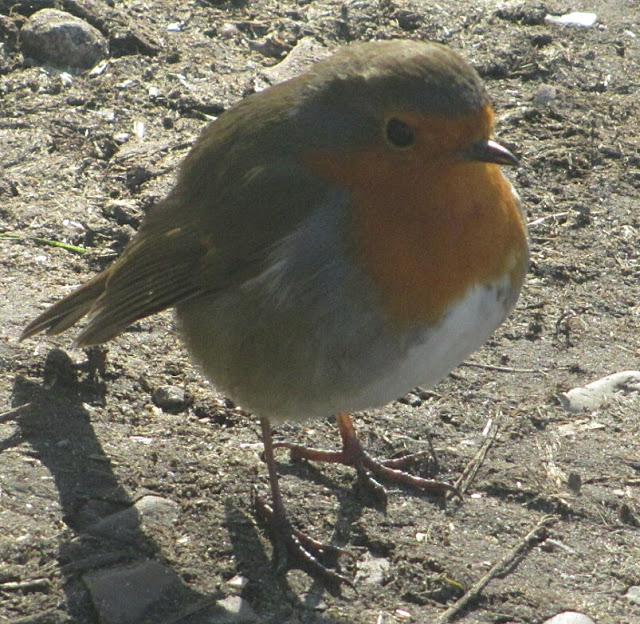 Two days later I returned again for another short session with a different and very sensitive set up. Floats and heavy gear dispatched in favour of a lighter swing tip approach, with a small olivette being the only additional item beyond the trace itself.

I  managed two proper takes. One was battled for about 20 seconds before the single hook was spat back at me. A very zander like fight for sure. The other resulted in a strike into thin air. Beaten by the zeds again.

And then it went cold. Very cold. I know it's bad when fishing boots and headgear starts going to work with me. It was damn raw in the wind. I even got a snow day off work, but this time I saw sense and continued with some decorating. Fortunately my next short, and ultimately season ending session, came just as the thaw was kicking in. Some snow was still around, but temperatures were really on the rise. 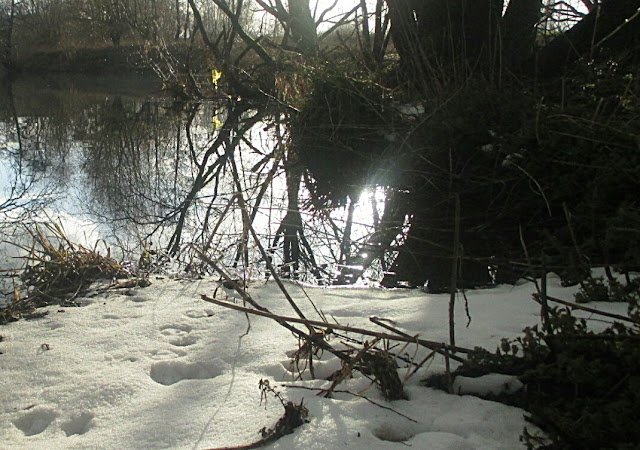 One swing tip rod for zander and a float set up for pike. The zed rig swung into action quite quickly and with a confident take. A thin air strike followed. Most odd. No more takes on that rod either. I avoided the blank well inside the last hour with a small snow jack. 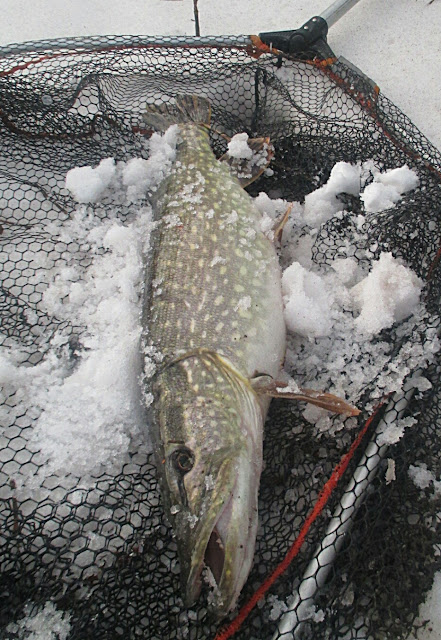 That was to be the final act of a largely forgettable campaign. If you'd have said back in June that I'd end with a snow fish, I'd have been quite content. However, there's lots in between that I'd much rather overlook.

I had a nice 10lbs+ barbel on bonfire night, which actually ended a fairly barren spell. From that point on I caught just 6 fish in the rest of the season. 16 sessions (mostly short in all fairness), with 11 of them being blanks. One of those fish was also foul hooked with no bait.

Pike have been a real disappointment. Usually my staple fishing diet over the winter, they seem to have been very quiet across the board this year. I didn't even manage a double and that's a first for the nine seasons I've been predator fishing.

The weather has no doubt been a major factor this season. In the Midlands it was very dry right up to December, leading to low and clear rivers. From the onset of the first proper snowfall, things have been tricky ever since. Catching the river and weather just right, was very hit and miss - often impossible for once a week angler like myself.

Hopes of a top 2 spot in the Blogger's Challenge river section were left floundering after the Christmas wash out. In all honesty, good conditions or not, the impressive late charge by Brian Roberts would have been beyond me anyway. James Denison remains in a different league! Well done to both.

My river fish of the season was probably an eel. I didn't think I'd be saying that! At 3lb 5oz it more than doubled my previous best and was a nice pay back for the faith and patience I show towards the Anker. 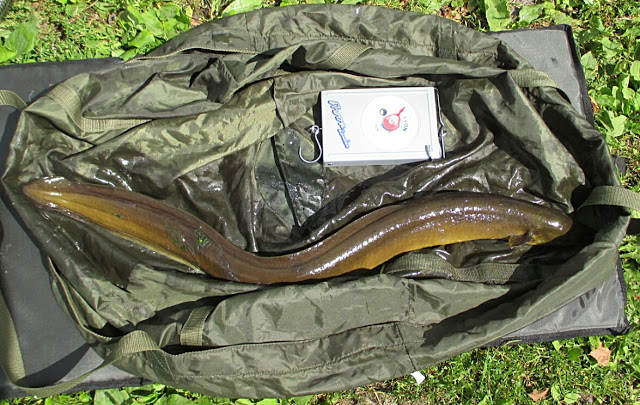 The Avon barbel continue to impress me, even though I don't target them to any great extent. The half a dozen I banked this year combined to give an average size of just over 9lb. The range was 7lb 9oz to 11lb 1oz.

Plans for next season are already in place. One ticket renewed back in January, with two others to follow in May / June. A couple of tickets will be dropped temporarily, but they can easily be picked up over the counter if I have a change of mind.

A ticket for a new stretch of the Anker has also arrived this week and I expect it to feature heavily next season. It's a river that frustrates and intrigues me in equal measure. Small in stature, but it contains some quality fish. It's a bit of a blind punt this one, but that's part of the appeal. Going somewhere new and having to figure it out from scratch. I can't wait to get stuck in.

I'll continue over the closed season in a limited way. I have some canal fishing eyed up in a couple of locations and a stillwater that I need to explore. Let's hope the weather picks up soon. Not likely this weekend though - another chilly, if brief, blast heading our way I believe.
Posted by Sean at 14:44 4 comments: