Little ado and nothing happening either!

Time for another update - largely to let others know I am still struggling!

I had an unsuccesful afternoon session a couple of weeks ago with Brian on a stillwater near Wolvey. I don't know the name of it (and failed to ask either!) - but it's none of the mainstream venues I've visited over the years.

It wasn't a pleasant day weather wise, or noise wise. A small pool immediately behind us was being used by a group of dog handlers and about a dozen of their noisy mutts of the Newfoundland variety - those huge great things they use for rescuing people. It was a training day.

To be honest I don't think this bunch were up to much, but judging by their continual yapping, they were having a great time. I was talking about the owners there and not the dogs! The dogs were just barking their heads off the whole time.

We stuck it out and neither of us had anything to show beyond small fish. The only thing of interest was a goldfish! 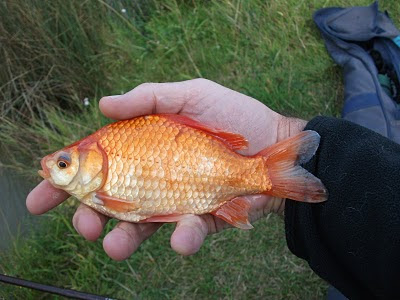 I went away for a few days down the south coast with my better half. Although pleasant enough, there was a tinge of Jim Bowen's old Bullseye catchphrase niggling at me - "Look at what you could have won!"

For a couple of days we stayed near Christchurch and were pretty much equidistant from the Dorset Stour and the Hampshire Avon. Continually passing hallowed ground (river) like this and not being able to fish it, is just painful. I'll share a few pics of my trip though.

We saw a few of these cute looking creatures: 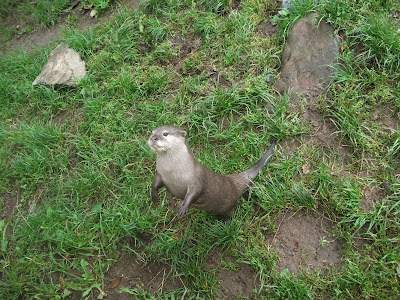 They are pretty good at making fish, mince and small chicks disappear quickly though!

This is the largest water lily I've ever seen by a country mile. Lurking in the water behind it is something you wouldn't want to hook up with though! 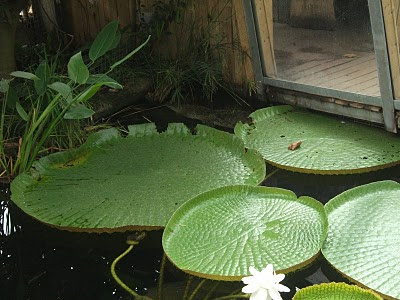 The final image is very appealing though. It's taken from a road bridge in the centre of Christchurch, looking down to where a tidal section of the Hampshire Avon runs into the harbour.

The punt is available for hire - which I didn't actually realise until I'd researched it. I recall having seen it on an old Go Fishing episode many years ago. Seems like a pleasant way to spend a day! 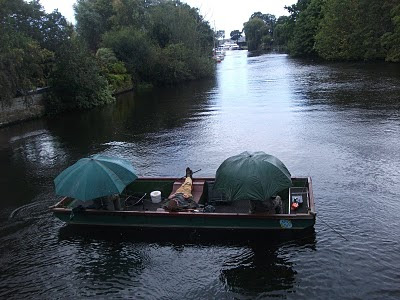 On my return I had a session with Brian and Charlie on the Avon at Alveston. We all struggled and the river was still suffering with weed and lack of flow. With Brian suffering more than most (he'd left his sandwiches in the fridge!), we opted to switch to Snitterfield Reservoir (via a sandwich stop!) for the afternoon/evening to see if we could find some points scoring fish for the challenge.

We failed though! Annoyingly I did hook up with a Crucian that looked well over a pound, but it slipped the hook just as it hit the surface. I had a pleasant few hours though catching silver fish.

My other session was on a South Warwickshire stillwater, which saw me catching plenty of Perch to no great size on a variety of baits. I even managed one on bread and several on meat, while trying to prize out a decent Roach or Crucian. Of the four fish I caught that weren't Perch, the best I managed was a Crucian bang on 1lb, which equals my best for the year.

I'd like to think the back part of the month will see an upturn in fortunes, but there doesn't appear to be much rain on the horizon in the forecasts I've looked at so far. I'm going to need a bumper October at this rate.
Posted by Sean at 13:21 3 comments: