End Of Month Catch Up

I've been a bit economical with my posts in recent times, but I have been out a few times during the back end of August. The lack of posts is largely down to a lack of things to crow about.

In all honesty I've hit a rare patch of despondency. Normally at this time of the year I can't get enough of my fishing, but this year I've become a bit subdued. The reason is largely down to a lack of the wet stuff falling from the skies. I'm a river man first and foremost and it's been painful to see the rivers in such poor looking states.

In terms of the blogger's challenge, I have some plans in place for some of the typical river species in a few week's time. I'm pinning my hopes of getting a vaguely respectable looking score on another Wye visit - Barbel, Chub, Grayling and Dace will be the target, with the possibility of a decent Eel maybe.

With that in mind, I've left the Avon alone recently on the basis that if the Wye is playing ball, I can hopefully nail all of my river targets in one weekend. I've therefore been looking at stillwaters to try and pick off some of the summer targets I've fallen short of.

I had another visit to Jubilee pools in search of Rudd, Roach or Carp. I found some of each, but nowhere near the required size. The only Carp I banked looked more like an old strain of Carp and was around 5lb. Poor photo - sorry. 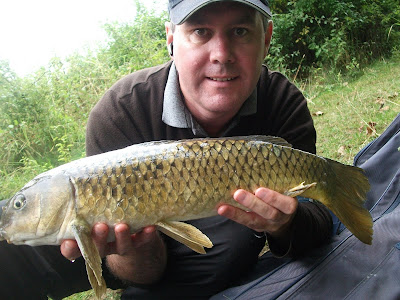 I tried fishing floaters, but the only fish I tempted on that method was a Rudd of about half a pound. 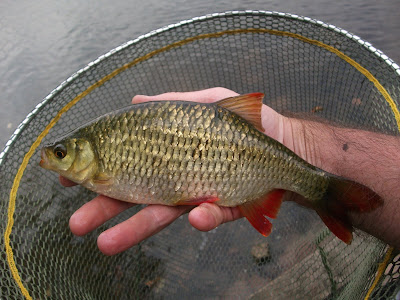 The other sessions since then were all on Snitterfield Reservoir, with Crucians and Roach in mind. The first two attempts were very similar affairs and the fishing was fantastic. I didn't use a keepnet, but I'm confident that I had 20-25lb of fish on each visit, made up mainly of Bream. No Crucians though.


On both visits i was left frustrated by some of the larger Carp. At one stage I had 2 decent looking fish feeding right under my rod tip together, but I just couldn't fool them into taking my bait.


A third visit saw me hooking up with Brian after almost a 2 month absence and things were slightly slower this time. I still had a bag of fish that was in low to mid double figures, but once again the Crucians were absent for me.


All in all, not the most succesful couple of weeks towards challenge points, but certainly at Snitterfield the fishing was very pleasant. It's as good as I've ever seen it and anyone wanting a pleasant day fishing for quality silvers need look no further.


It was so tranquil that Brian once again entered the land of nod! : 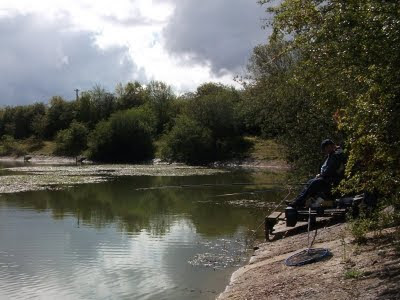 Last week saw me down in Somerset for a family holiday. I managed to squeeze in 4 shortish sessions around family duties, although none of them were particularly succesful. I did manage to winkle out a couple of my target species (subject to scrutiny!), but neither of them are much to write home about - but I will anyway.

The first session saw me on the River Brue. This stretch is a standing dish for me on the Sunday of any Somerset break, as it's always quiet and you can practically fish from out of your car. At £2 a day it's a steal and on this occasion the farmer failed to show so it was a freebie. 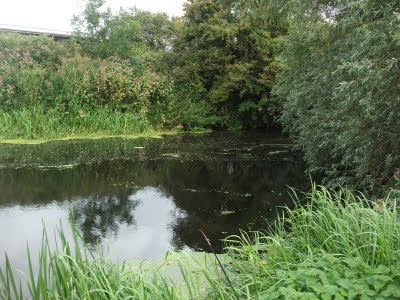 The fishing was unusually tricky and the Silver Bream I was hoping to find didn't show up. Another species I was hoping to catch at some point during the break did show up though - Eels. I had a couple of them, with the best one weighed in at 14oz. 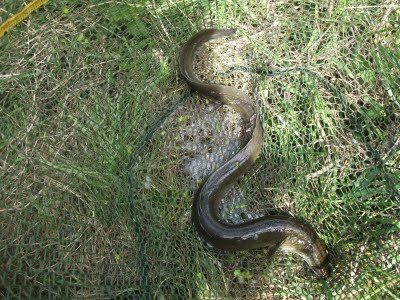 The second session was on the River Axe on a wide, deep, man made section just above a now defunct sluice gate. 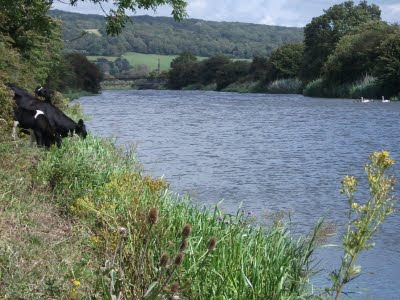 I had plenty of fish over the first couple of hours, but nothing above half a pound. Lots of different species though, with 7 in total, so it made for a bit of variety. The last couple of hours were very slow though. I saw a Pike top in the middle of my swim and quickly engaged the telescopic rod I keep in the bag for these opportune moments. I ran some lures through but the Pike wasn't having any of it.


The next session was on the River Tone. I diverted away from my intended stgretch due to a brisk wind that would have made presentation that bit more difficult on an exposed section. I consulted the map and drove to an idyllic and more sheltered piece of the river in a village further upstream. I could also park on my peg again, which was a bonus. My scout was on hand to check it out for me - Murphy the springer spaniel. He's now 13 years old, but going on 13 months old at times and it didn't take long for him to hurl himself into the swim. 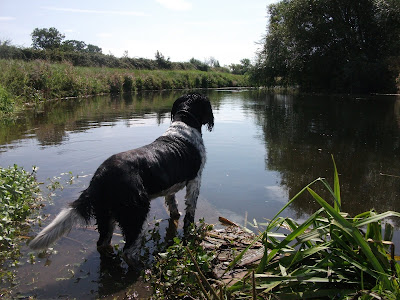 The fishing was pretty poor though and I will blame it on the river this time. It was very clear and weedy, making life altogether difficult - memories of recent struggles on the upper Avon were fresh in my mind! I did winkle out some small fish, but I was taken in by a big Pike that I saw leaping clear of the surface on 3 separate occasions. The telescopic lure kit was soon in action, but I couldn't tempt it. I did briefly connect with a nice Perch though, but it slipped off the hook shortly after the take.

The last session was on the King's Sedgemoor Drain. Yet again, I managed to find another spot to fish from the car. This was a fish a chuck session, but only for small fish. 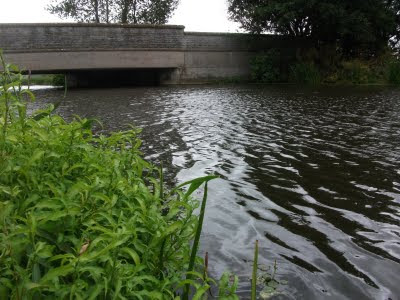 I did catch what I thought was a very small Silver Bream quite early on, so I was quite happy to go for volumes to see if others were around - and I do believe I got one. At 4oz I know it's still very small, but it's a few more points to my challenge tally if it's the genuine article. It seems to stack up in terms of the eye size and scale counts, but I'll leave it to Dr Hatt to give a final verdict. 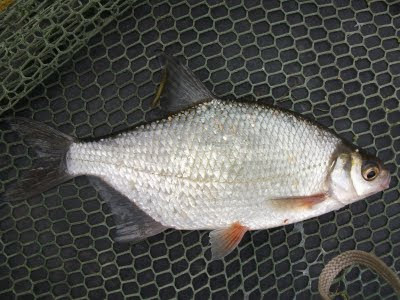 Not the most productive holiday fishing I've ever had, but it's always nice to fish on the Somerset levels. There's miles and miles of natural waters with excellent bank access and hardly another angler in sight for the most part. As it's the place where I first caught a fish some 30 odd years ago, it always brings back fond memories.