Another season draws to a close. For me it hasn't been particularly active due to other commitments, but that's probably meant I've appreciated every session all the more.

My season finale typically ended in a whimper. Thinking back, I honestly can't remember having a red letter day to finish off with. Probably a measure of my general inability to trouble fish!

Another short session was all I could muster and I decided to follow up on the previous week's pioneering visit to a new stretch. This time I'd stretch the legs even further. If nothing else, it would serve as much needed good exercise.

Zilch from the starting swim, ditto from the one I fancied but didn't fish last week and more of the same from the third port of call - which provided the only action last time out. Hmmm! With the clock ticking, blank panic set in. 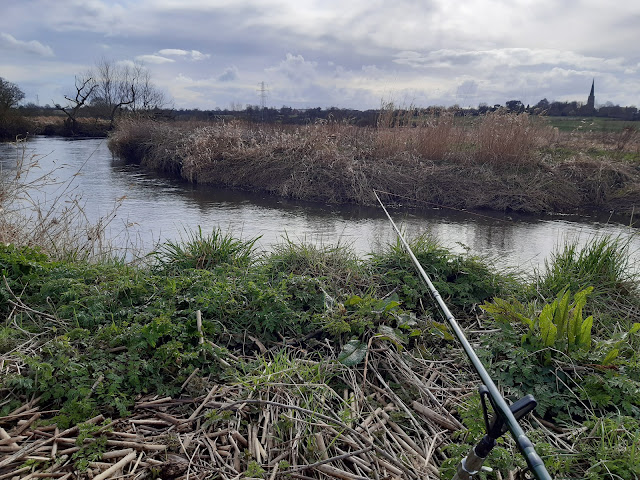 On to swim 4 and I finally had some interest just as I was checking out the football scores. Coventry hit 4 was the headline and I got as far as seeing the 4-1 scoreline when the rod tip started bouncing around.

A quick strike and a spirited battle ensued. I was quite surprised when it surrendered in front of me that it was only around 3lb. It gave a right old scrap and was a short, chunky fish. 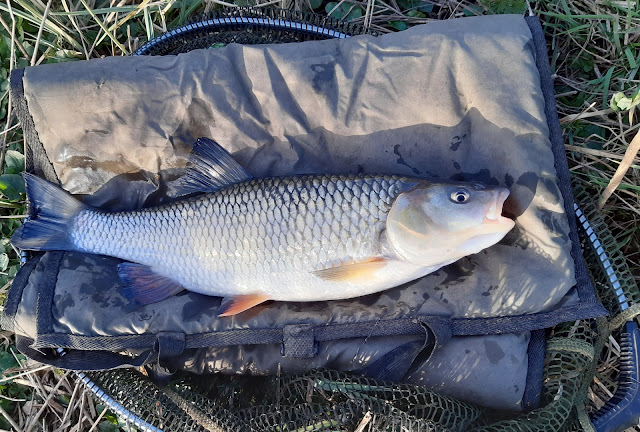 I tried a couple more casts before heading off to try 2 more swims. A pointless exercise as it turned out in terms of adding to my tally, but I guess it left me closer to the car.

The search for a Blythe five will continue next season...

Hibernation until May is on the agenda.

Another short excursion this week. I very nearly opted for a stab at a local pond for convenience, but my brain kicked in and reminded me there's only one more weekend left. It had to be a river.

The Blythe was the best bet time wise, but with a match using part of the water, I opted for a stretch I hadn't fished before.

Largely open and lacking in features, it's not as obviously alluring as some waters, but I found myself quite captivated by it. It was just nice to be strolling through pastures new, looking for something that screamed "fish me".

I found a handful of likely swims, but chose to ignore the one I liked most. I'd actually already selected another swim to start from, but I couldn't help wandering further on for a brief look. I'll revisit it when I have more time.

Any concerns of blanking were dispatched first cast. A couple of tentative plucks were met with a hopeful strike and a small meat loving chub was soon on the bank. 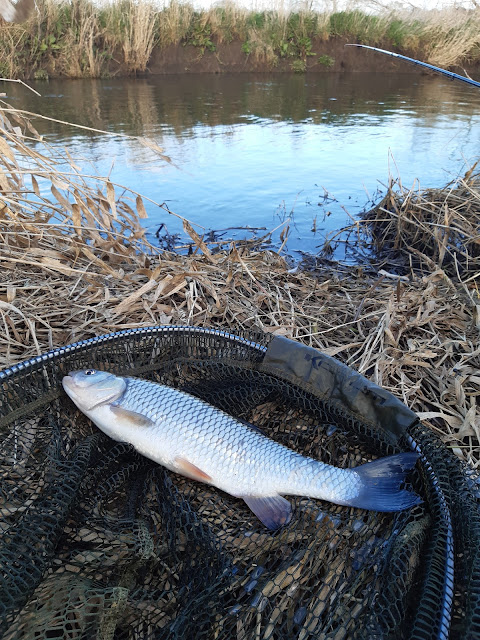 No follow up though, until I decided to start tracing my path back. Reeling in to move on, my chunk of meat was snaffled by something on the retrieve.  The usual suspect revealed itself and was actually my first Blythe pike. A real tiny one this - very similar in size to the chub. 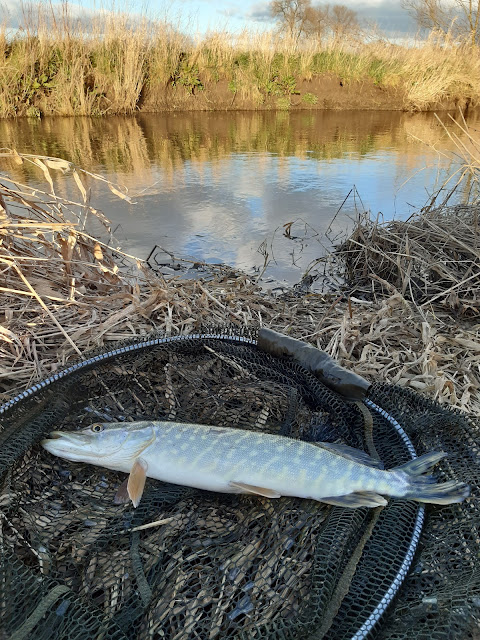 It's food for thought for the future though and maybe there's a decent one lurking somewhere. I'll sleep on that for now.
I tried 3 more swims without a sniff. I remained conscious throughout - which is good form for me. 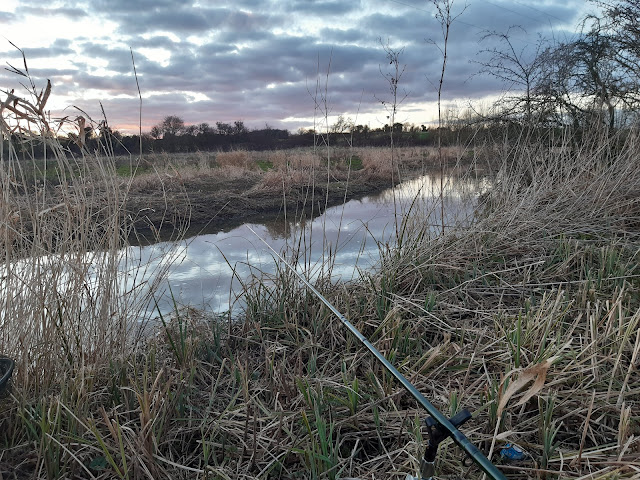 A pleasant couple of hours in tranquil surroundings, with the place to myself. Lots more to learn and uncover. As Arnie said, I'll be back...
These closed seasons creep up far too quickly for my liking. Hopefully one more brief adventure next week
Posted by Sean at 14:26 7 comments: