I struggle to blog about every session. The usual pattern is to suffer a few average to poor sessions and then hit the blog when something better shows up.

At this time of year I'd normally expect some easy pickings, with regular posting. The truth is that I've hit a brick wall and received a few slaps in the face from various venues in recent weeks.

In a bid to break the curse, I've decided to get my catch up out of the way. Better times around the corner for sure... I hope! So, where have I been during mid to late summer?

A spot I'd fished previously a couple of years ago in the last week of the season with water on. Chub, trout and the troublesome crayfish were taken on that occasion. I was keen seen what the summer would hold.

The answer was more bloody crayfish! After a run of small dace, perch and gudgeon, the red clawed blighters took over. The bites were so distinctive that the outcome became apparent very quickly. A day of pleasant float fishing ruined quite early. I lost patience and despite having coughed up for a day ticket, I threw the towel in early. 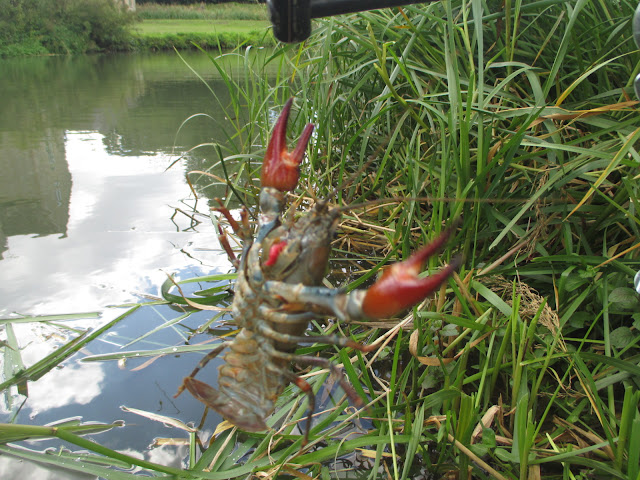 To salvage something from the day I headed back for a couple of hours on the Avon. A park by your peg section was chosen for convenience and I reacquainted myself with a peg I haven't fished for over 10 years.

I was struggling to run the float through my preferred area properly, due to streamer weed. I sensed fish were there though and a switch to a light lead saw plenty of perch averaging around 6oz taken. An enjoyable couple of hours and nice to be back on old ground.

Another stab at locating a carp, fully expecting I'd sneak a chub or barbel again. I called it totally wrong and completely blanked.

First of two short holiday sessions. Plenty of small fish around, but the tench I was hoping for didn't show up. Mostly small rudd on corn. 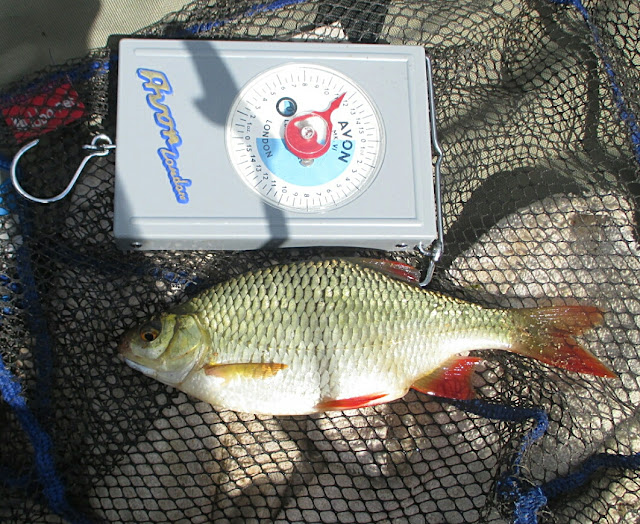 Settled in one of my all time favourite pegs. Not just because it consistently produces from year to year - it's just full of character and so relaxing. Set well off the beaten track, it's everything I like in a peg. 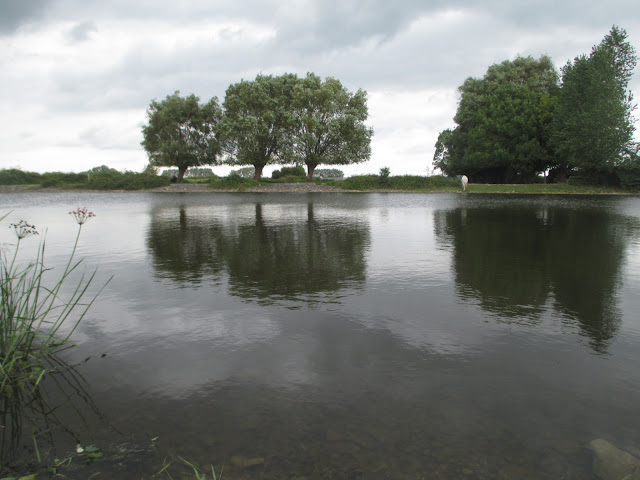 I gave it a good helping of groundbait and went over the top with a small lead and sweetcorn on a size 12. It was a bite a chuck from the off with small rudd and roach mainly, to 6oz. A nice bream of 4lb 5oz broke the run and I thought I was in for a big bag. 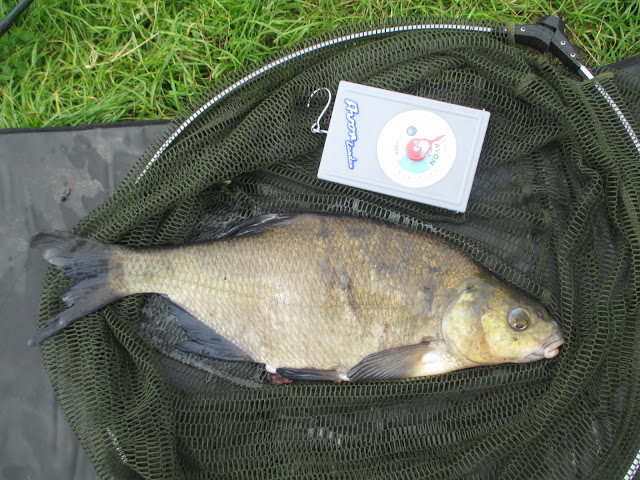 The floodgates then certainly opened - quite literally. That's part of the appeal of this river. It's a key flood relief channel for the area and the level is artificially controlled by pumping water in and out, as required. On this occasion the water was being pumped in and the level quickly started to rise. The fishing wasn't affected though. 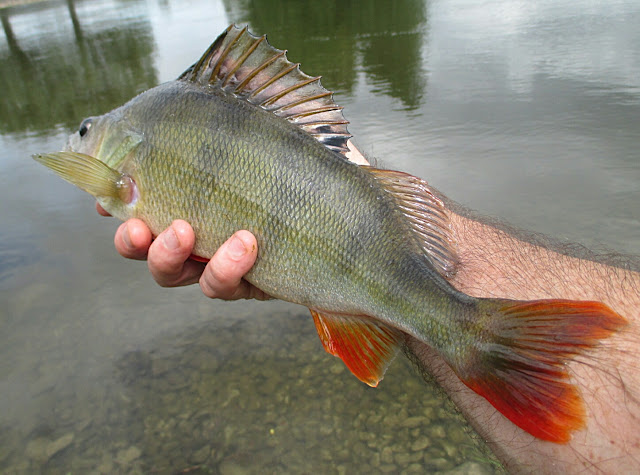 Not too many bigger fish though, but a bonus pike of 6lb boosted the total to around 20lb. It should have been more like 25lb but I lost a decent bream due to a severed hooklength. I failed to spot damage caused by the earlier pike and paid the price. Careless on my part really. A short but enjoyable effort though.

Back on home turf I was down the Avon again. A multi purpose visit to do a spot of overdue bank clearing, a little fishing and also to chew the fat with Martin. Right on cue he plucked a jack from his swim on arrival. A few others followed before he left too.

I had some sport on the stick - mostly dace, but with the odd small chub of around 4oz thrown in. The inevitable pike attack wasn't far away and that switched my focus for the rest of the session. It didn't prove easy on the deadbaits, but I managed a couple of jacks. 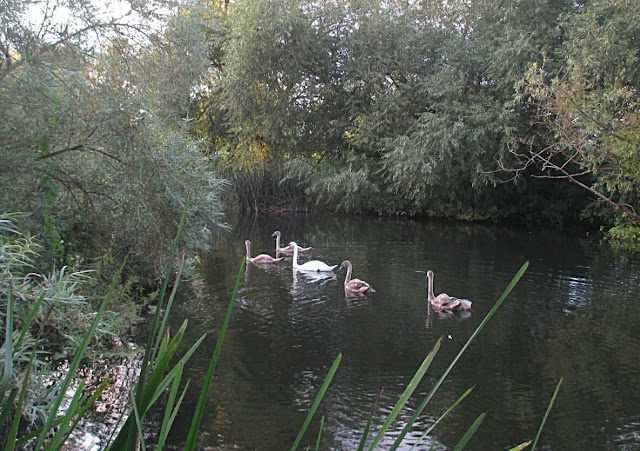 I made use of a short Saturday afternoon window, that was a late call. With no time for preparation I grabbed the fun outfit and tried my luck on the deeper water stretch. A blank in two pegs, although I had a dropped take that looked a shade zander like. A jack at the death while packing up in the final peg. 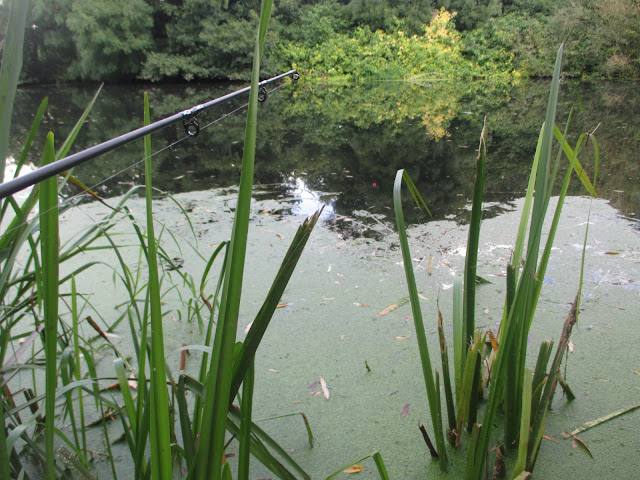 Tried for bream or perch for about 4 hours. Blanked royally. Miserable stuff.

Some gardening duties to kick off this visit to help get the section up to scratch again, before catching up with Mick. Tough going on deadbaits, but I managed 3 jacks - the final one being another last cast mid pack up job. A real athlete of a fish too, treating me to some spectacular tail walking. The best of the bunch, but only 6lb 10oz. Purely weighed to stop the rot of non points scoring fish for the challenge. 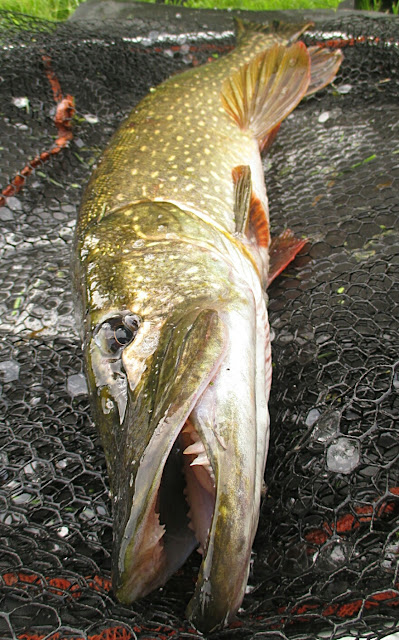 The first of a rare triple header weekend. A Friday evening catch up with Martin. He banked a jack just as I arrived. Plenty of misguided hope was extracted from that! 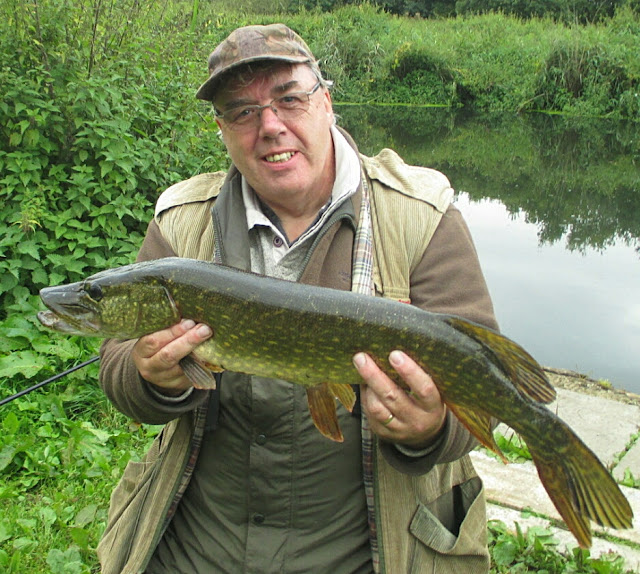 Fishing for bream/ perch  and pike/zander across 2 rods, I blanked for the 3 hours into dusk and just beyond. It remains a quirky venue, but there's quality fish present if you can get it right (or just drop lucky!).

It also reminded me that I need to sort out some proper indicator gear for these murky sessions. Some useful pointers from Martin's gear got my brain into action - more to come on that.

Fished for carp, with a back up of chub / barbel. Failed on all three counts. Had some maggots though and switched to the float to salvage something. Plenty of perch, mainly around 6oz from under the rod tip. Best one was nudging a pound. A couple of eels too. A fun couple of hours which was a throwback to years gone by. 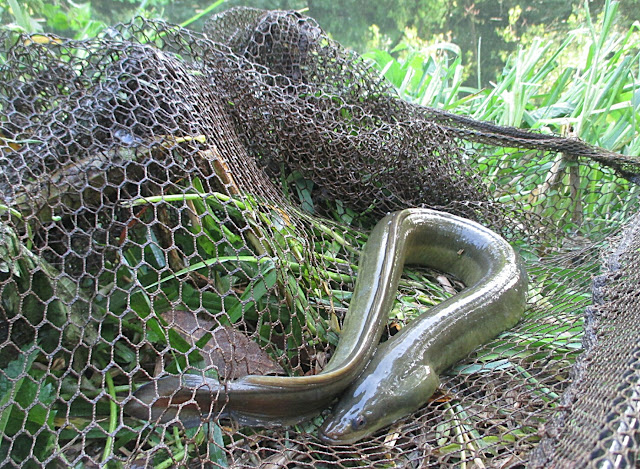 Afternoon into dusk and I really fancied a barbel would show. One eel and lots of frustrating taps on the tips was the sum total going into the last hour. I retired one rod to give maximum effort on the main area. I wanted to hit any half chance.

Another last cast scenario saw me connect with a fish, but it was no barbel. Actually I don't know that for sure, but it wasn't huge and it simply kited into the nearside cover and shed the hook. All very chubby if you ask me. Par for the course!

And that's everything up to date again.

As I write this i have a handmade prototype (crackpot?!)  twilight predator float undergoing a final paint job. Looking forward to giving it a trial run soon. I'll reveal the outcome in a future post.

Hopefully it won't take another 7 weeks before I check in again. I figure I'm owed an October change of fortune.
Posted by Sean at 14:39 4 comments: