A combination of weather too good to resist, coupled with enforced Saturday night sobriety, was responsible for an early return to action. Just a brief session though.

Back to lock horns with a stretch of canal that I took quite a fancy to last closed season. Now I'm not big on canals, but with the bloggers' challenge less than a month away, a couple of hours of cut fishing seemed like a good opportunity to check out the point scoring potential.

With a freshly elasticated cheap pole in hand, I set out to catch anything. A few maggots and a liberal helping breadcrumb mixed with molasses would form the attack. Half a golf ball of crumb every other put in. 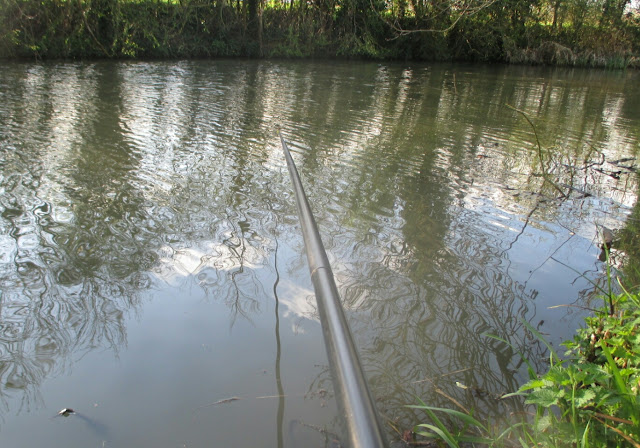 After a slow start, the fish seemed to respond to the feed. I didn't exactly bag up, but the idea was to get a bit of confidence before returning another day with bigger plans in mind.

A silver bream showed up first. Always nice to see them, even if it was only a shade over 2 ounces - 2.3 to be more precise! Yes I've dabbled in some digital scales for the smaller species in the upcoming challenge. A field test seemed like a good idea. 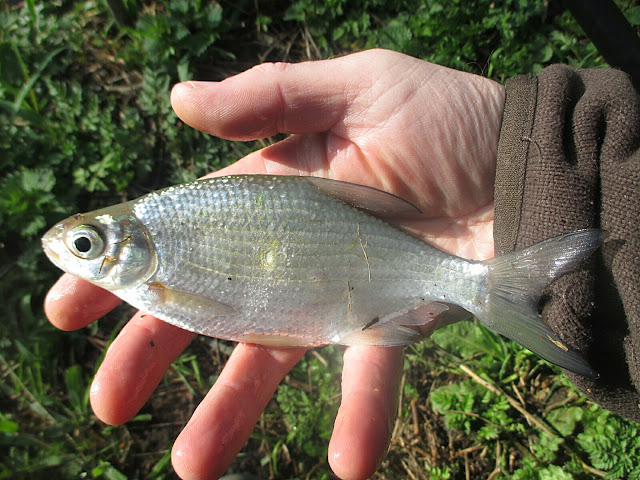 I had a few small roach and perch and something that looked a little more rudd-like with upturned lip, but probably a hybrid. 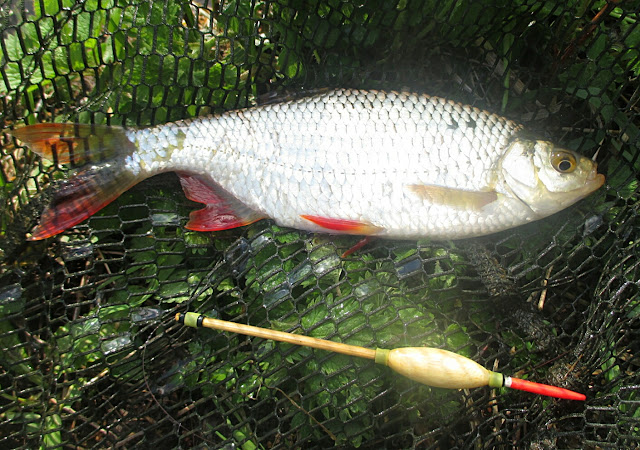 The best fish was a fat bodied perch of 1lb 2oz. Possibly a canal pb for me, as I rarely fish the cut and I can't recall anything bigger from my childhood days (when I had no scales anyway!). 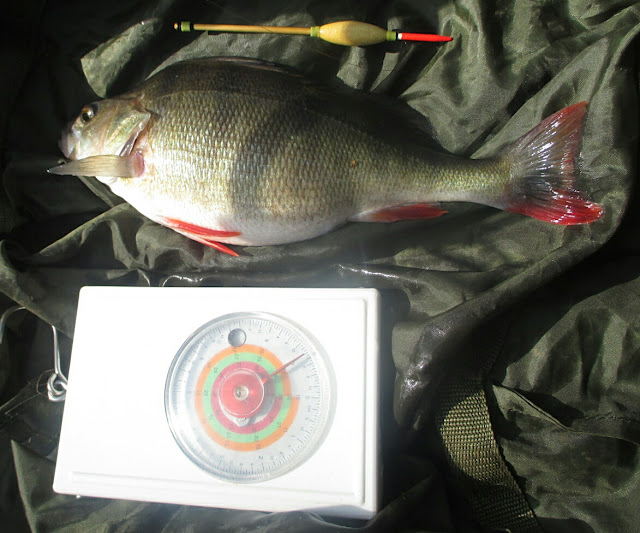 An enjoyable session and with a return in mind, I even began to tidy up the swim of some annoying foliage. Bad move. In my haste to get it cleared I dropped my guard, or rather, my landing net pole, in the wrong place.

Cue that horrible splintering sound which you hope is a stick, but experience tells you it's a bit of your kit. I haven't done it for many a year, but it still gets no better.

It wasn't a bog standard net handle either. It was a rare piece of indulgence on my part, bought for its unusual compact design. Let's just say its current size is even more compact! I'll consign it to storage, pending a solution. An alternative will have to do for now.

More closed season canal adventures to follow for sure. Hopefully they won't prove to be as costly.