Reading my Angling Times today as per my usual Tuesday lunchtime routine. The article on estate lakes grabbed my attention and I had a look through their list of must try venues to see what was on offer locally that I might have overlooked in the past.

This made me laugh:

Close But No Cigar

I haven't done much fishing in recent weeks. A poor session at Snitterfield Reservoir a couple of weeks ago was the only outing since my last post. I had a morning slot available this Saturday and decided to give it a go.

College Pool was my choice to get back amongst a few fish and I planned to get there for 7am. Everything was going to order and I was sweeping my way southwards through the Warwickshire countryside. It was only when I reached The Pheasant Hotel at Charlecote that I realised my daydreaming had perhaps gone a little too far!

Seeing a dreamy looking river at Barford had sent me into autopilot and I was happily heading off to my club stretch on the Avon. Oh well, only a couple of months to wait! A quick U turn and I was back on the right track and heading towards Wasperton.

Arriving at 7-05, I was the first on site and I headed off down the far end of the pool. I figured that I'd be nicely out of the way down there. Wrong! Three chaps arrived just after I'd balled in and with the whole pool to choose from, they plonked themselves directly opposite me. In fairness, they were no trouble, but having other anglers in my eyeline all session is not my idea of a pleasant day. It's always a possibility on this water though.

I gave the bolo rod another outing and it caused a puzzled look from one of the onlookers. "What the hell's that?" and "That bloke's got a rod as long as your pole", were a couple of the remarks from one of the seasoned onlookers. Whilst perhaps not the most obvious choice of the masses, I quite like the control I can get from it when fishing a water like this (very deep close in). It's a little less subtle than a pole, but with a bit more peace of mind courtesy of the running line.

The set up was a homemade float fished 19ft deep, with a bulk of 4AAA shot 18 inches from the hook, with a number 6 about 9 inches from the hook. The hook was a Kamasan size 15 b711 attached to a 3lb bottom and baited with 3 red maggots. Main line was 5lb Maxima on a centre pin reel. Around 8 balls of groundbait were introduced (laced with half a pint of caster, some micro pellets and a dollop of liquid molasses) into a tight area.

It was a slow start but a couple of small roach and a perch got me off the mark, before a decent roach turned up. It was the best I've had from the pool by quite some way and at 1lb 3oz, it was only a couple of ounces shy of my pb. 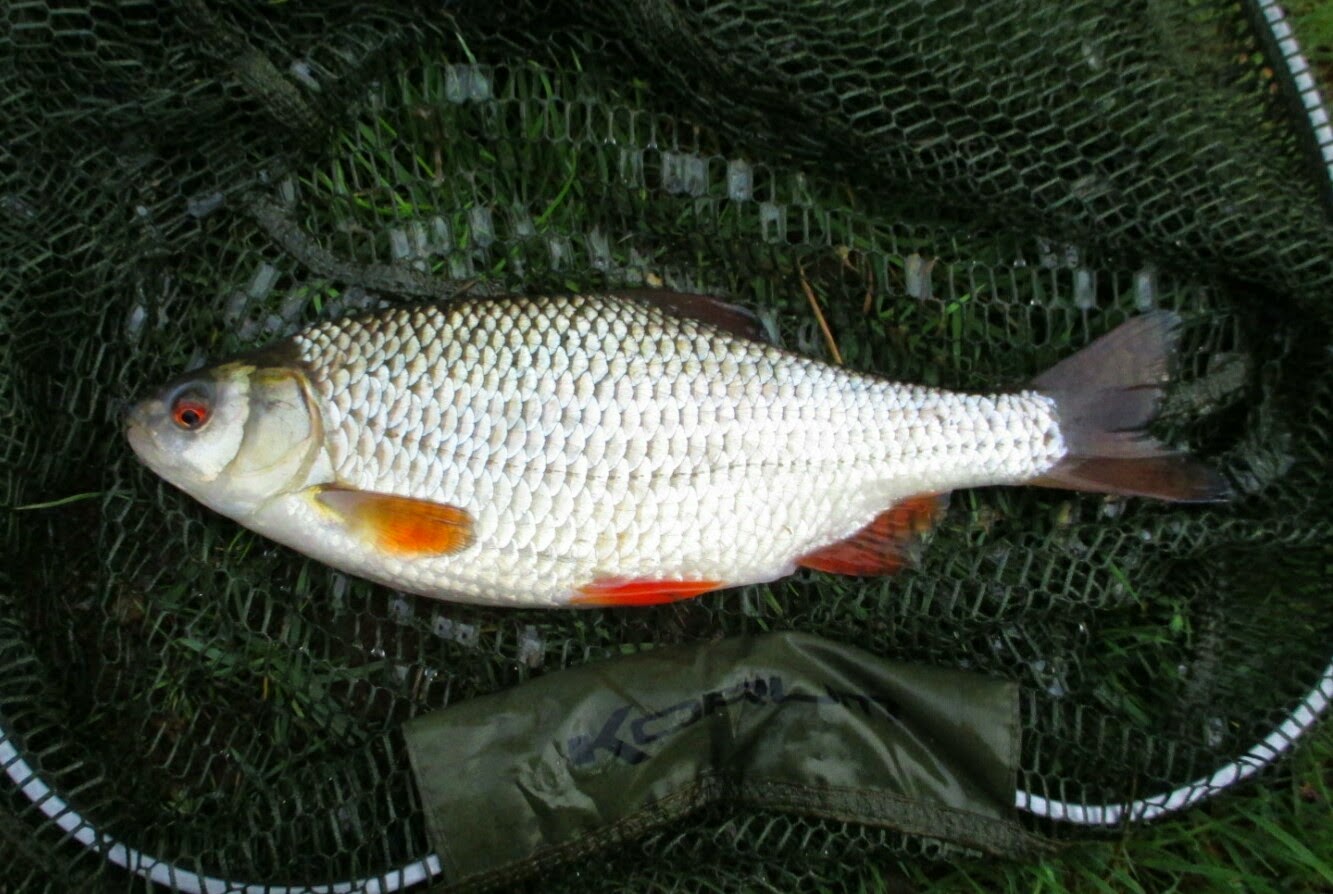 Fish weren't exactly crawling up my rod though and it was the same amongst those opposite me. One had managed a bream while the other pair were blanking.

Eventually I managed another bite and this felt more substantial. Definitely a bream I thought, but then I couldn't seem to do anything with it, so maybe it was something else? With a 3lb bottom I couldn't give it too much stick, but to be honest the fish was battering me all ends up every time I tried to apply any pressure. For well over 5 minutes I had a strange battle and then when I saw a brief glimpse of the fish, I knew the score.

It was foul hooked in the pectoral fin and was an absolute nightmare to control. Every time I threatened to get top side of it, it would power off again. Eventually I managed to bank it in a clumsy manner, with it darting around, missing the net and pretty much beaching itself, with me smothering it with the net. It went 5lb 2oz and was sporting spawning tubercles. 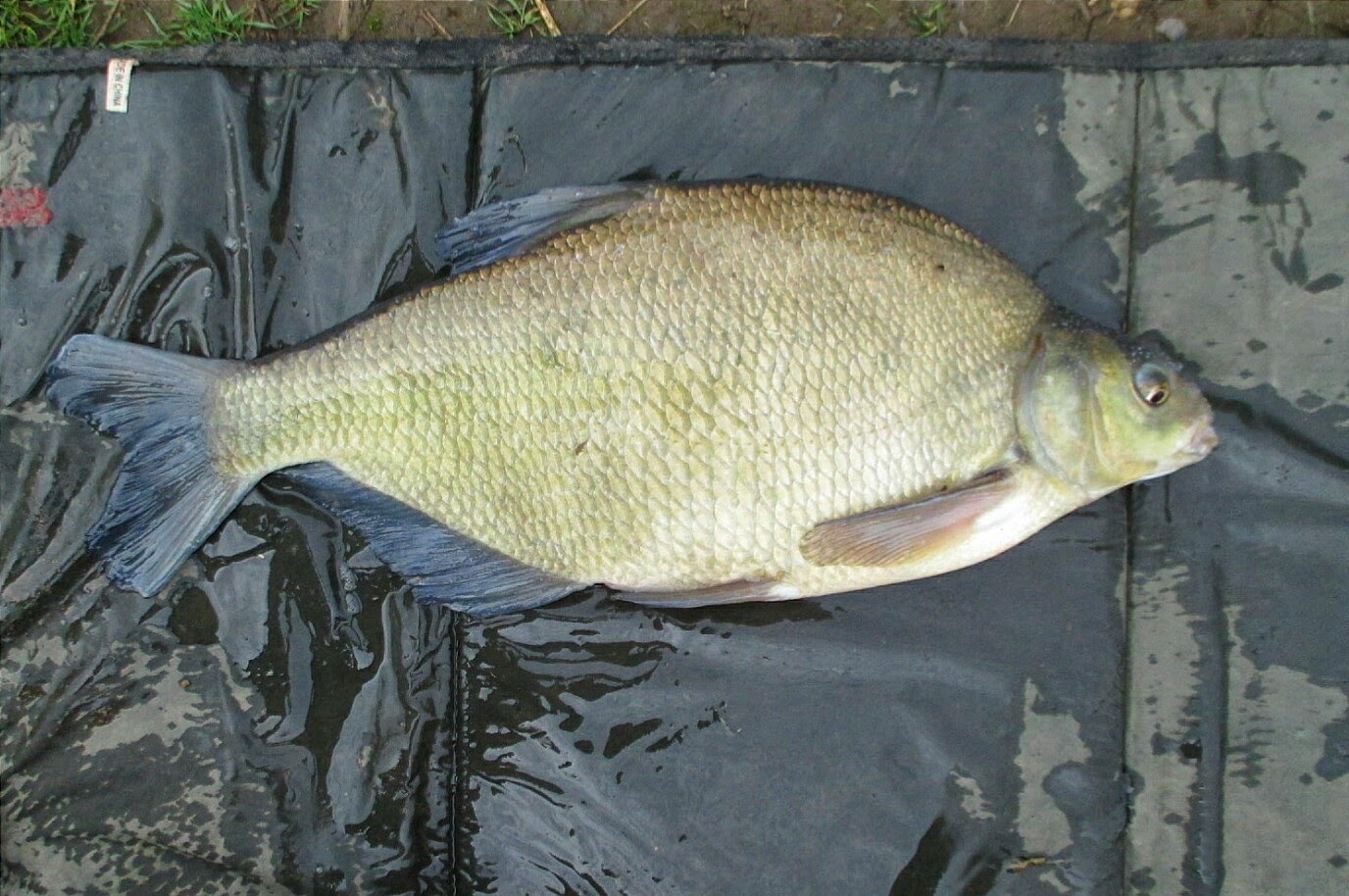 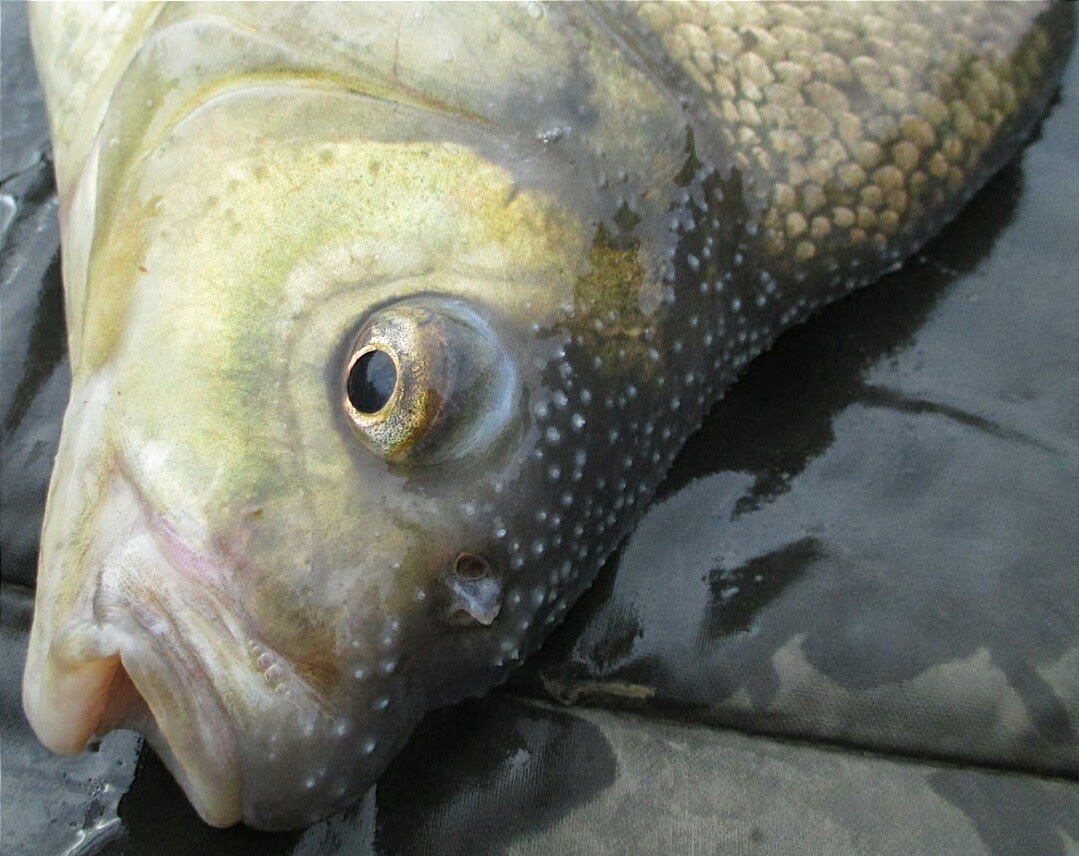 Ten minutes later I was in again and this fish gave more of a stereotypical bream fight, finding its way into the net fairly swiftly. This was a better fish and at 6lb 1oz, was also just a few ounces shy of a pb. 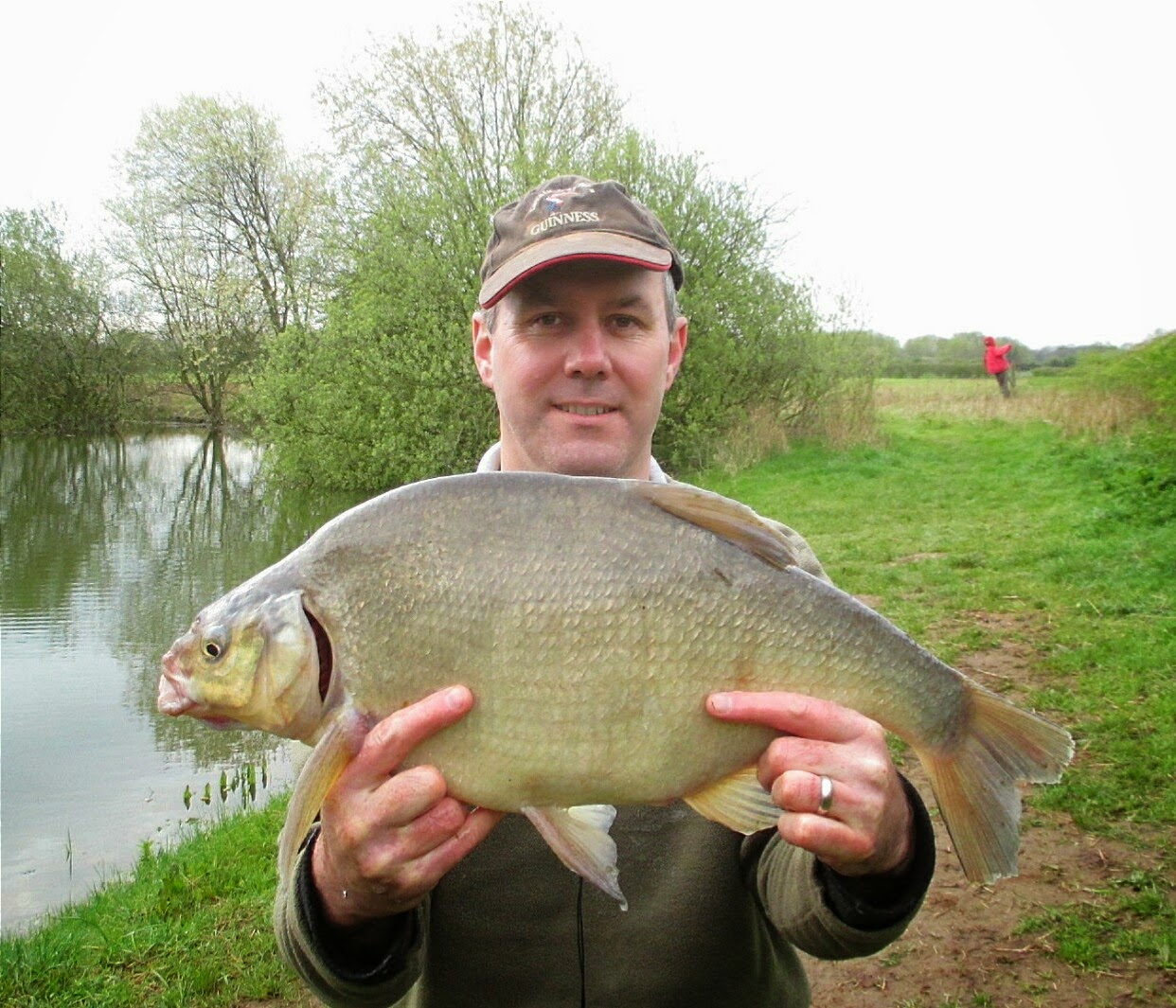 I bumped off one other small fish and that was it for the action. Four hours after arriving I packed up and headed home. The three anglers opposite, all using poles, still had more keepnets between them than fish.

Like many others, it seems I'm not alone in waiting for my EA rod licence to show up. I renewed over 2 weeks ago and it's yet to find its way through my letter box. Some who renewed after me have received theirs, but some others who renewed before me are also still waiting. It sounds like a bizarre system to me.
Posted by Sean at 06:12 4 comments: