Not the best couple of weeks for my fishing. Last week saw pretty decent conditions but I made a hash of a short session. Physically I wasn't well and I've suffered for most of the past week. Mentally I was dropped into the wrong place when my boiler packed in just before I was due to leave for fishing.

The result was a scrambled session down the Leam, rescued only by a half pound perch and a pike at last knockings. 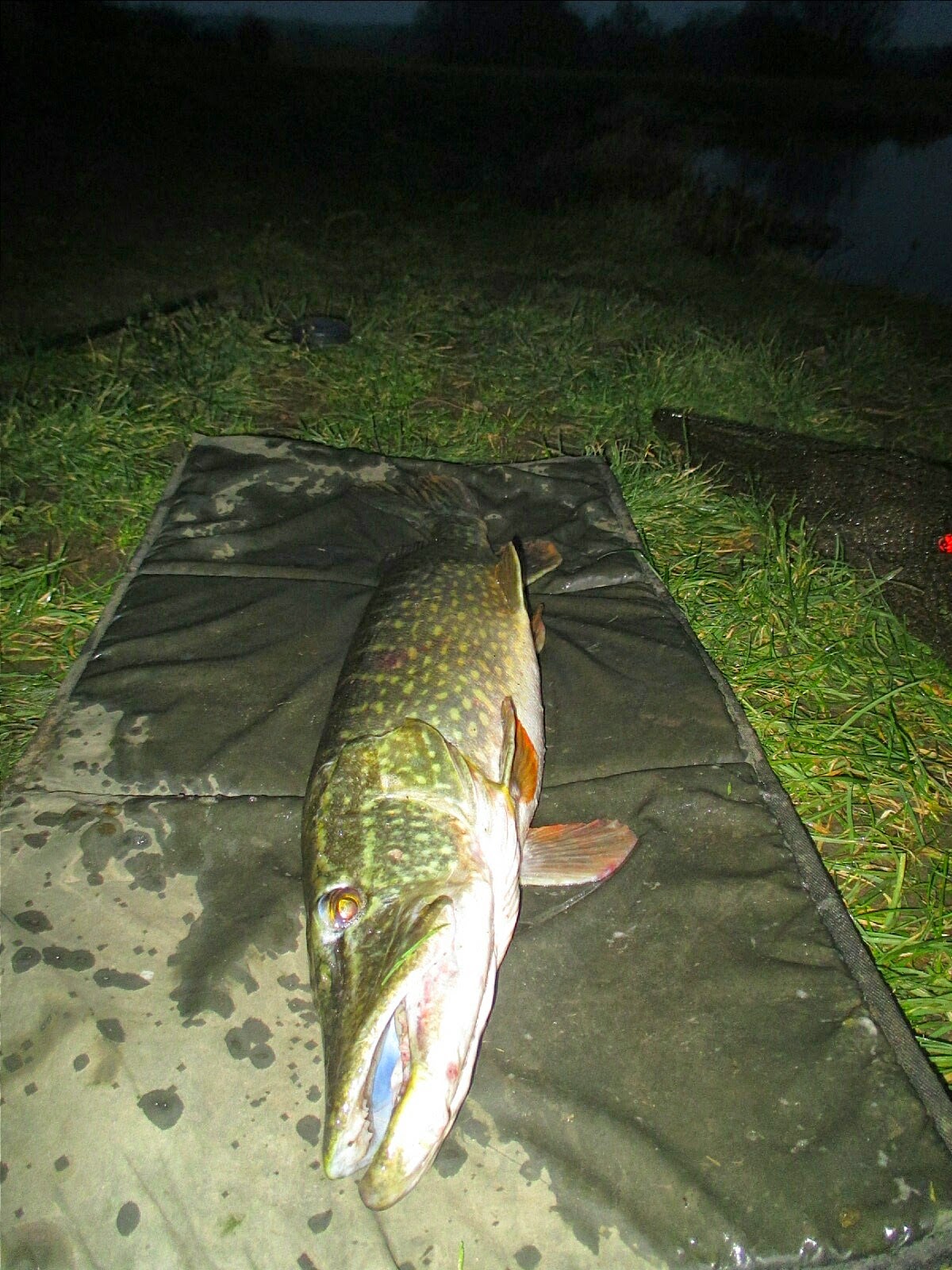 This week I've been glued to the weather forecasts and the EA river levels site. With Sunday being my only viable day, I was relieved to see a window of opportunity in the morning. A wet and windy affair was set to wipe out the afternoon.

The river level on the Avon was dropping and was just about on the limit of what I'd want. Most of the platforms were out of bounds though. The temperature was also struggling at -2C. 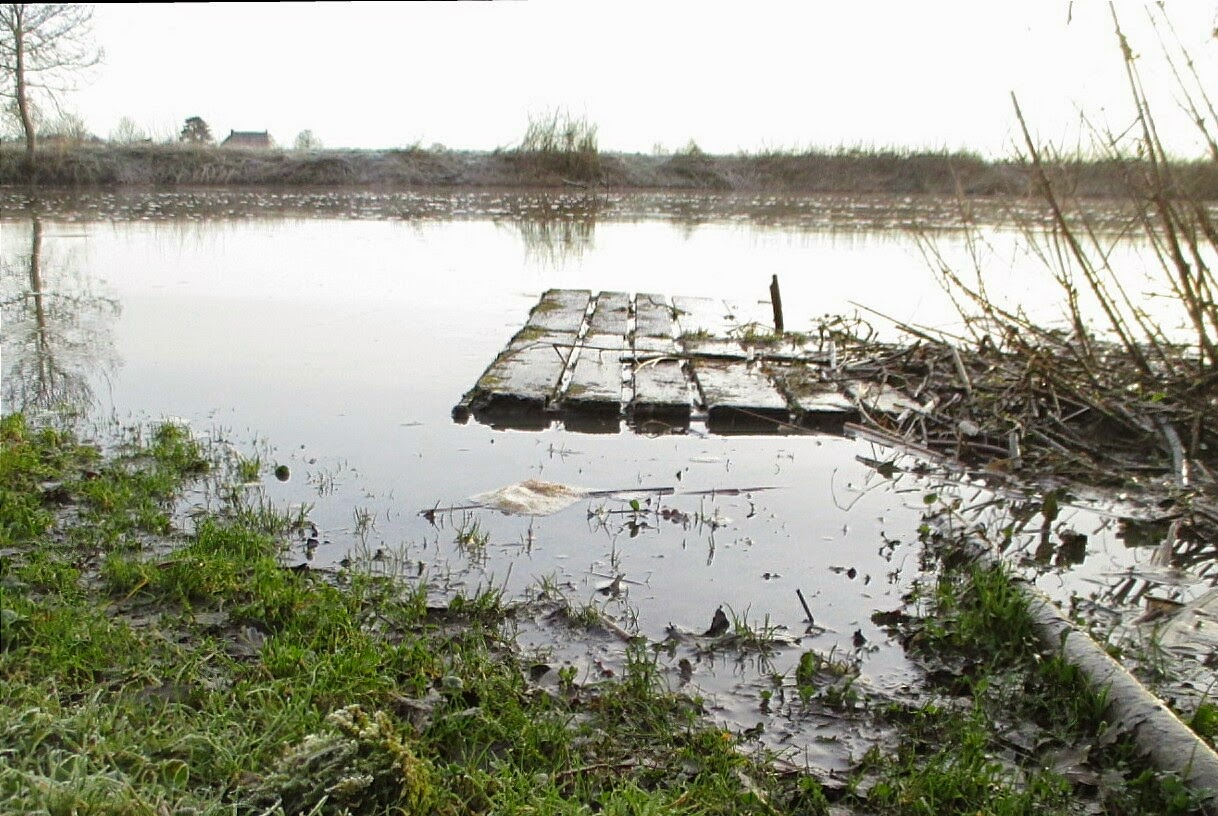 I baited up a slack and waited patiently for bites. It was tough going so I amused myself by feeding some robins that were demanding attention. 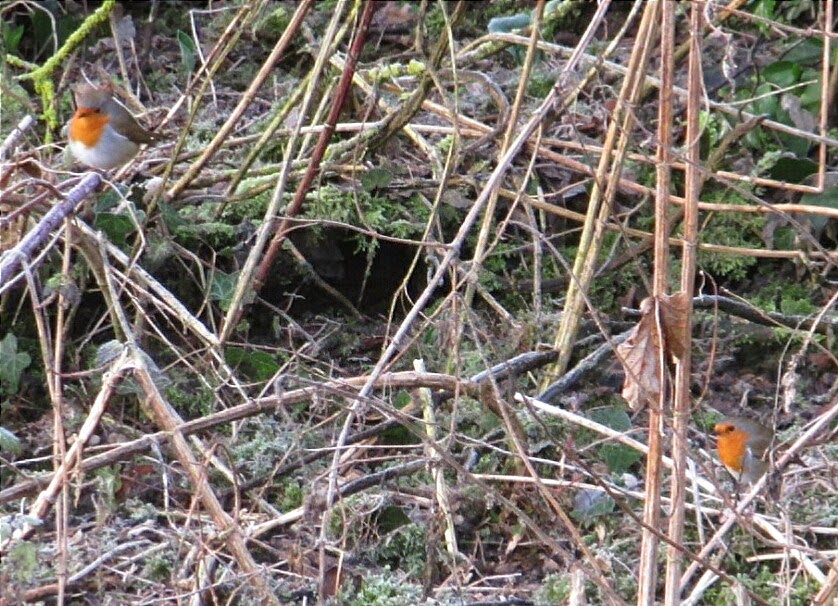 The swans, relishing the easier exit routes from the water, wanted some of the action too. 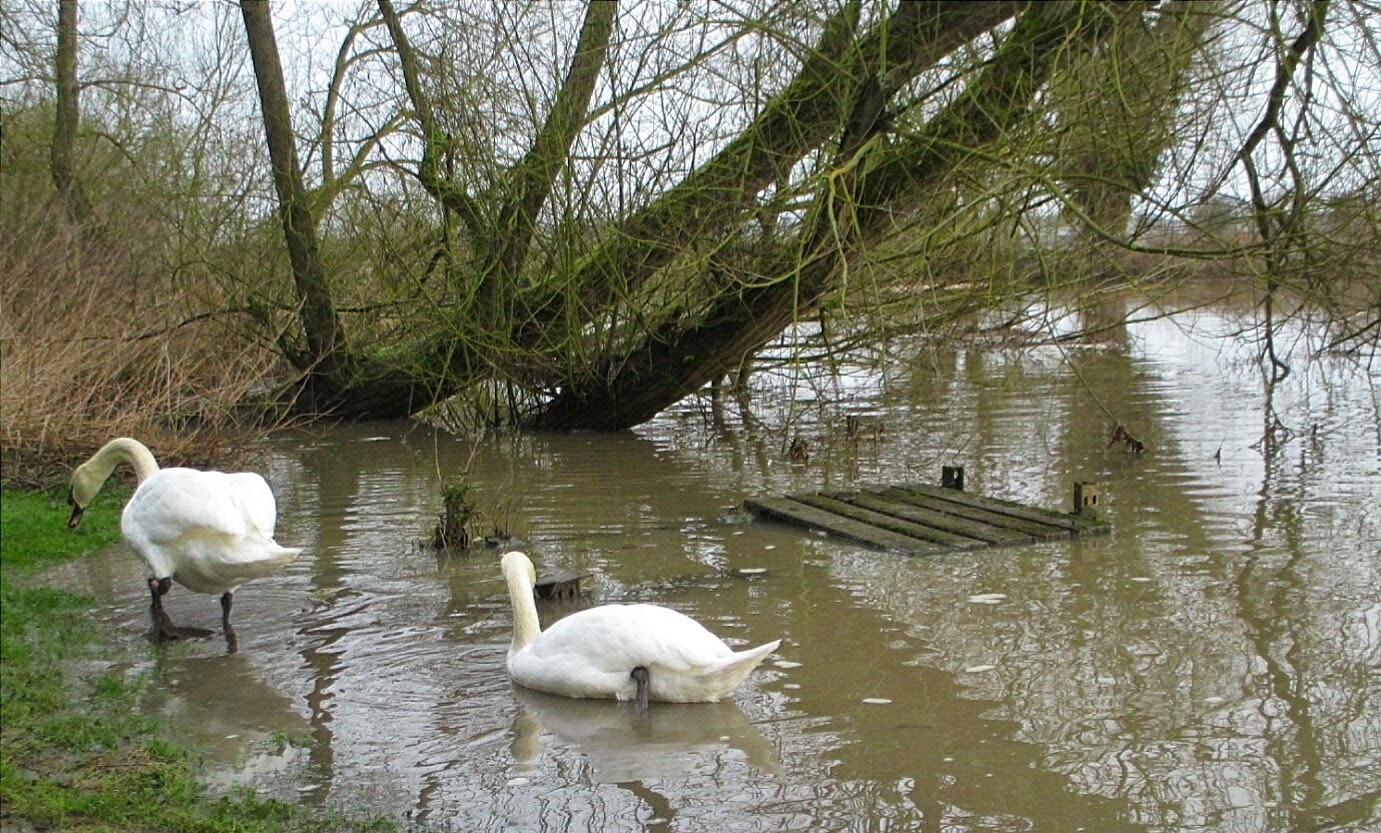 With nothing happening I started to take more photos. 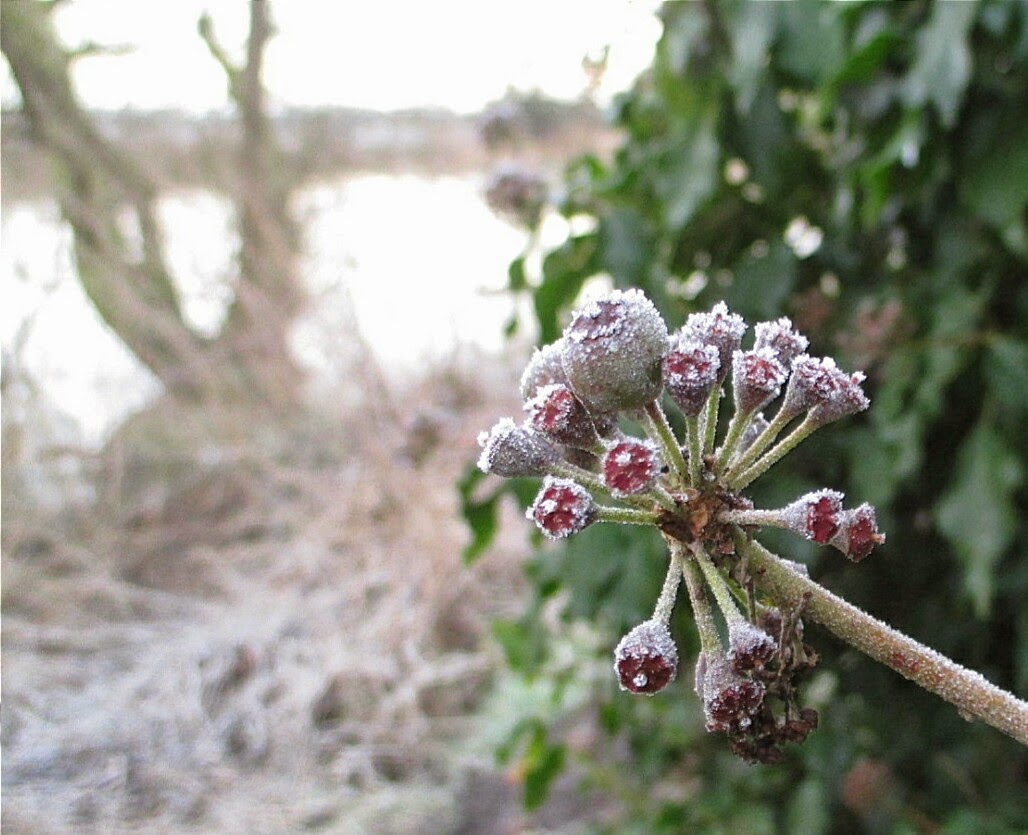 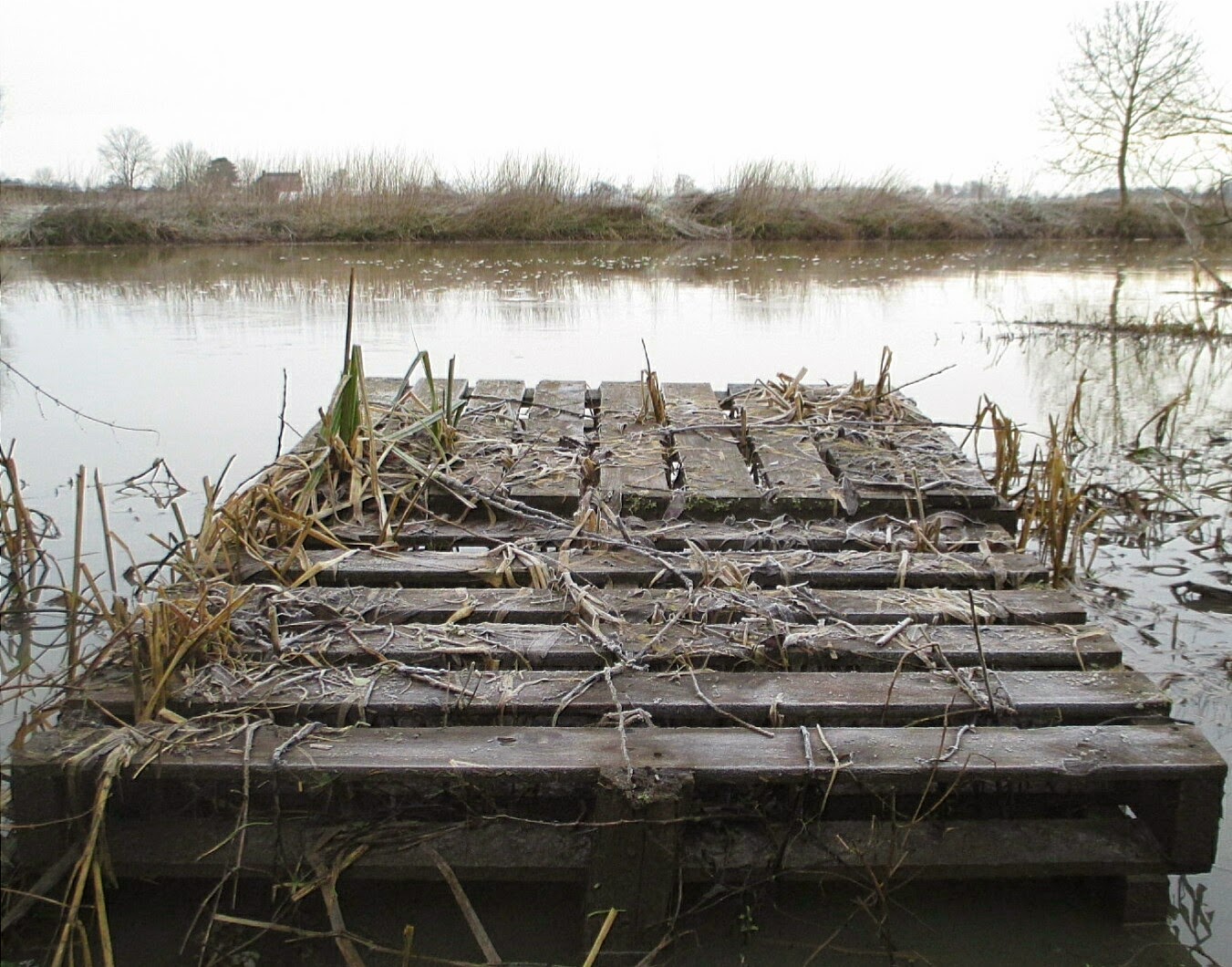 Finally a bite and a fish on the bank. Now if I'm not mistaken there's a fair chance that it's a silver bream - a big eye and a scale count in the right ball park. It was only a few ounces though, so nothing to get too excited about, but it would be a first for me on this stretch. 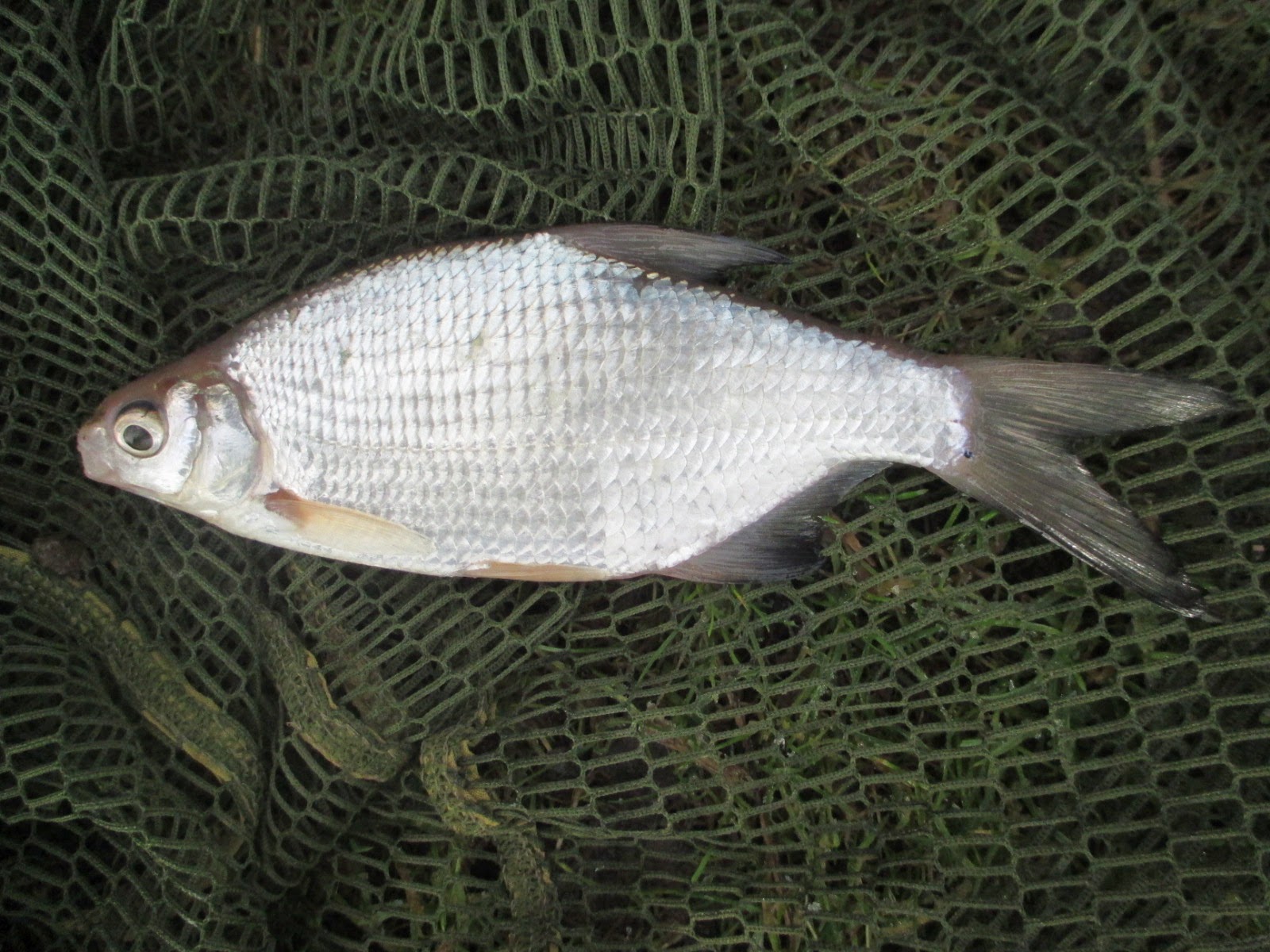 I had a small roach to round off a thoroughly uneventful session and called it a day when the first spots of rain began to fall just past midday.

Next week is unsettled again and that could see the rivers struggling to shift the excess water.
Posted by Sean at 13:10 7 comments:

Well we've finally settled into a period of much cooler, but calmer conditions. It suits me down to the ground - in fact the colder the better, as long as there's no wind involved. I've had a belly full of windy weather in recent trips and it was nice to wake up to something more tranquil.

-1.5C when I left home, it briefly peaked at -0.5C on the A46 before dipping away quickly to -3C as I reached the area where the Avon snakes its way down to Stratford.

After two weeks chasing pike which resulted in meagre pickings and a royal blank, I needed something a little more reliable this week. So it was back to a more familiar club water for a mixed session. 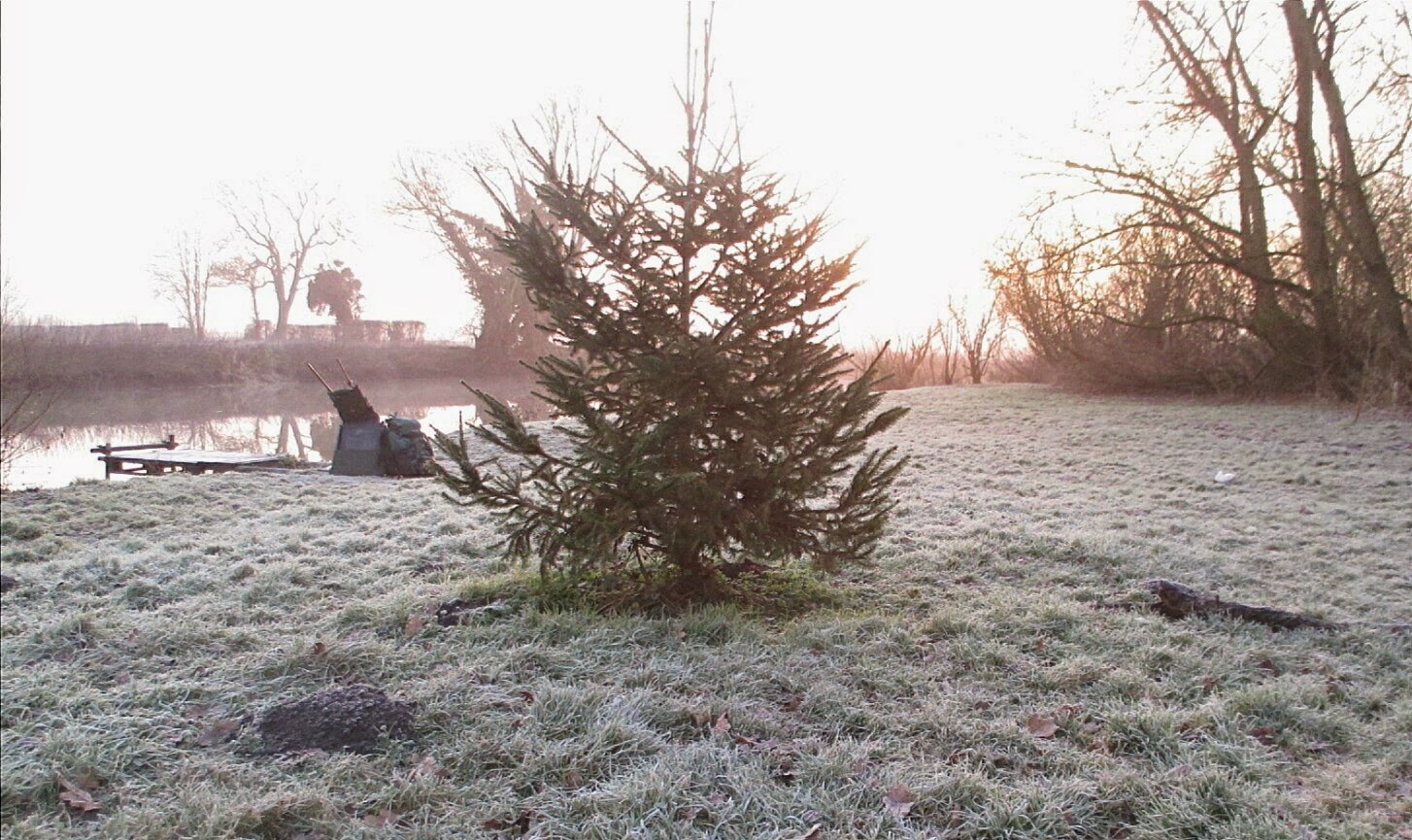 To the right a deadbait, to the left a couple of maggots with a block end feeder.  I really wanted to go for the pike alone, but I bottled it and took half a pint of maggots as a back up. I knew it was low and clear and I was worried that it would be tough going. Blanking again wasn't an option! 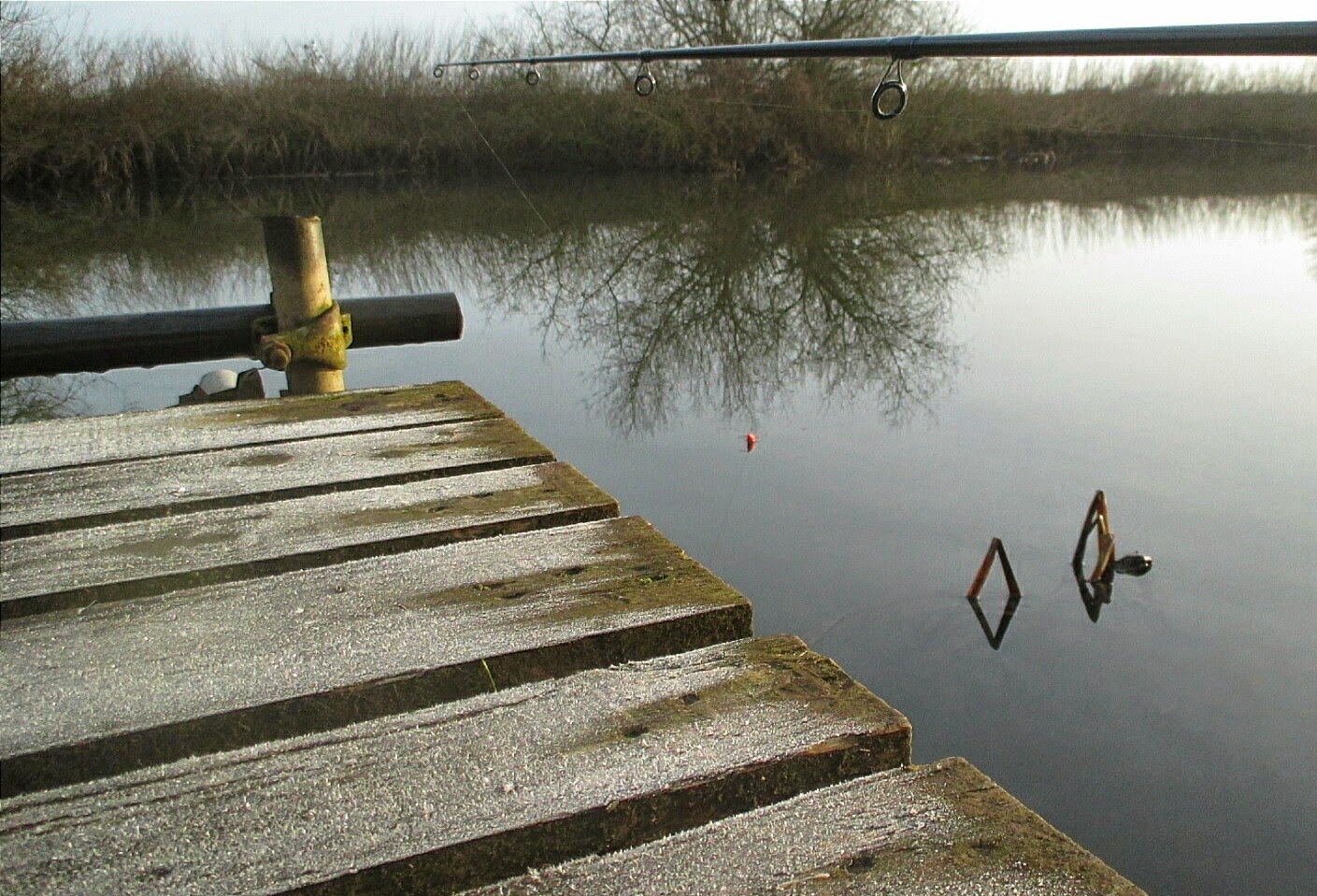 The tip didn't stop rattling and bites were just lightning fast and extremely missable. I kept striking into thin air but eventually made contact with a couple of the perpetrators - small dace.

Fortunately the pike float started to move and that signalled an all out effort for predators from then on. A small jack hung on by the narrowest of margins to get me off the mark. A repeat capture of a fish last caught in October. 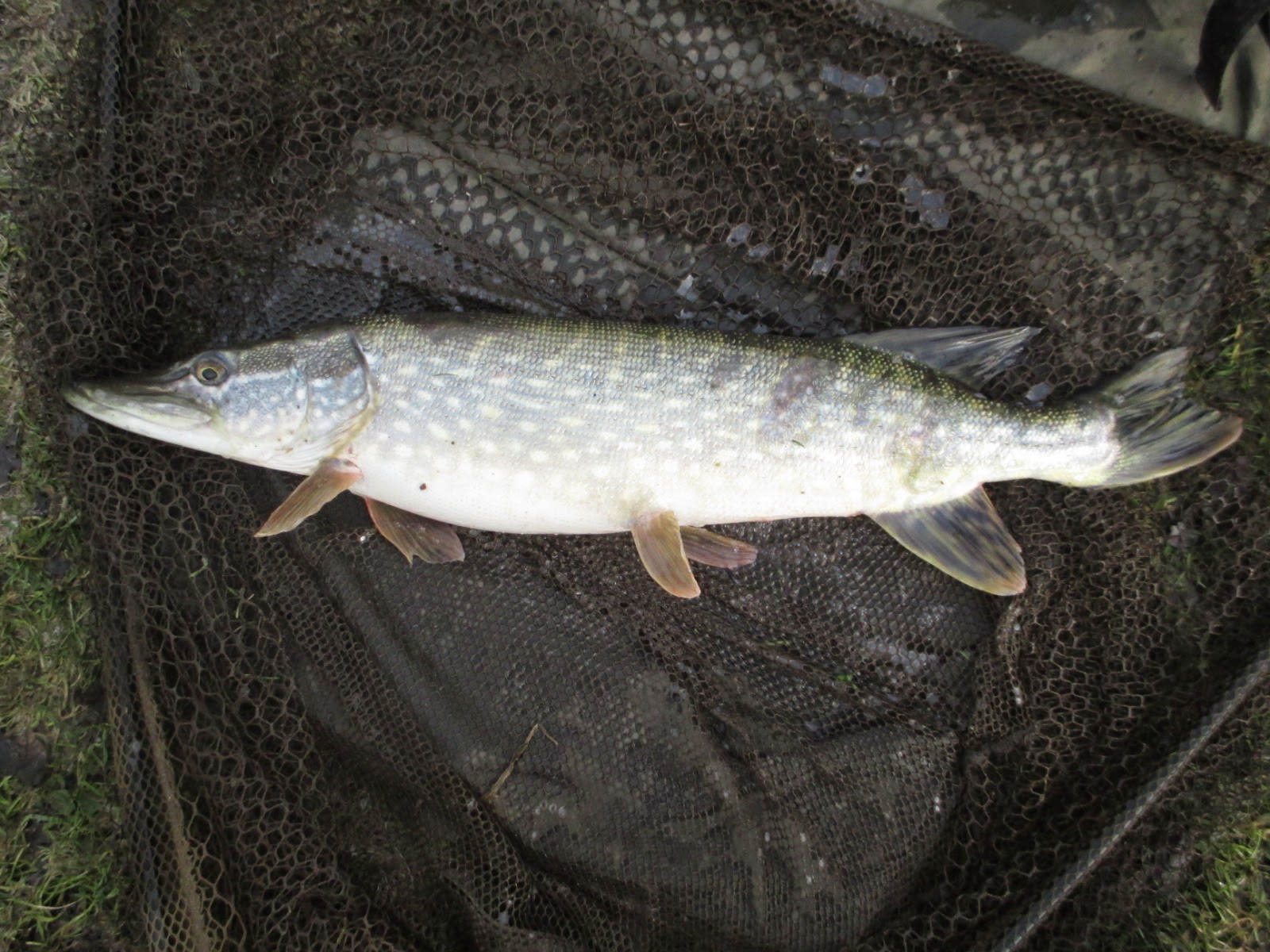 I like to keep mobile when I've had a pike so I moved 3 pegs upstream to keep things fresh. Having given up on the maggots I found a friend willing to offer its services. 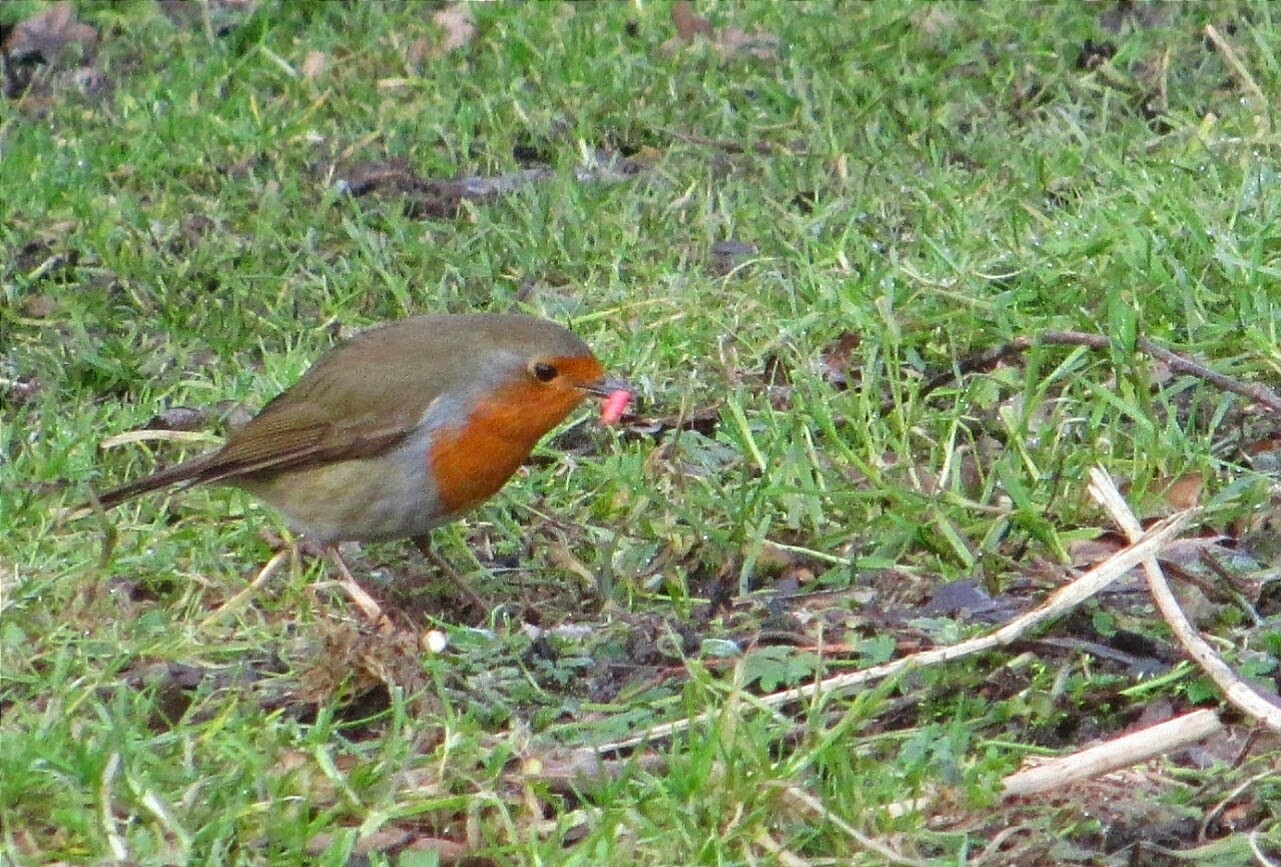 A patient wait and a few twitches of my lamprey bait saw me eventually connect with a fish. The bite was very delicate though and played out over maybe 30 seconds. I don't like leaving it too late for fear of deep hooking, but I do like to see some positive movement before hitting the bite.

The float didn't dip under but when it started to slowly edge towards a snag  I called time and hit it. The fish bolted away from the snag and into clear water - perfect I thought and moreover it was a good long fish that was taking line.

It turned and then I got that horrible moment where the hooks and bait are ejected. My best pike of the season for sure gone begging. I plugged on for a couple of more casts before moving down a peg for the last hour. Time was against me as I had to finish around noon to dash back for a trip to the vets with a couple of moggies.

Back to a sardine this time and a headless one for a change. It didn't take long to be engulfed and I was into a feisty scrapper that went off like a rocket. I readied the net, turned the fish and saw it was barely hooked again, with just one part of a barbless treble between success and failure.

A last violent shake of the head saw the hook fly clear and there was my net sat next to an unattached pike of around 8lb. I was actually quite calm for a change and opted not to turn the air blue. I'd at least played out most of the battle and it wasn't a huge fish either.

I would normally have considered a move but I had no time and pressed on with a change of bait to a smelt - the smallest of the baits used on the day.

It was picked up in the most aggressive fashion, with no thought required on when to strike. The float was heading for Stratford at a rate of knots! A quick strike was followed by a warm glow when I felt some serious and heavy resistance.

It took line and ended up a further peg downstream on the edge of a snag. It was easier to follow it so I picked up the net and met up with it at the snag. I lifted it clear and popped the net under it.

A nice clean fish that I didn't appreciate until I went to lift it. I then realised it had a decent belly on it after all. 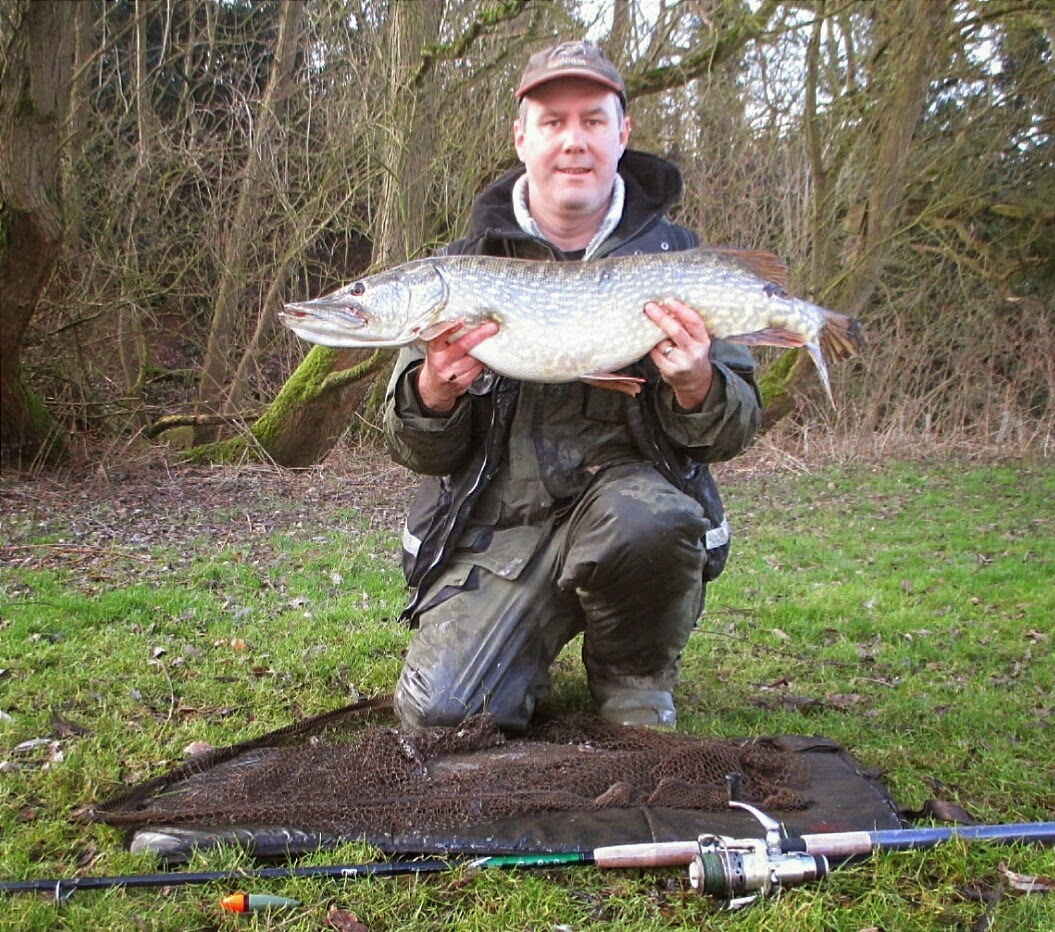 It went 16lb 9oz - my best of the season and my second best ever. More pleasing is that it's a new fish to add to my archives. 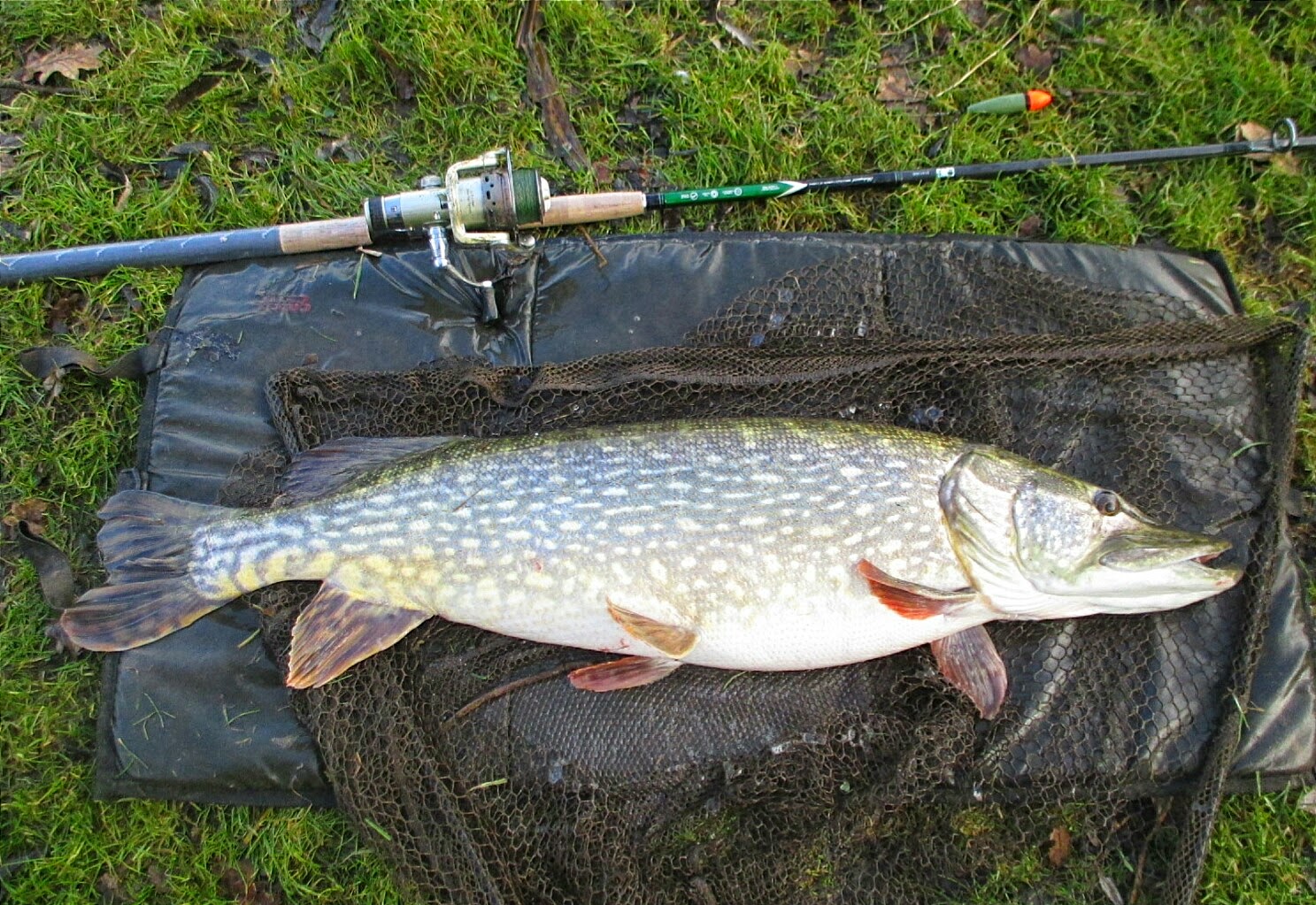 I'm not sure where my next stop will take me. I'm not finished with the pike yet - I have too many baits that need clearing out of my freezer. The Leam is also calling and I was hoping for an away day in search of my first grayling. Much to do, but so little time... 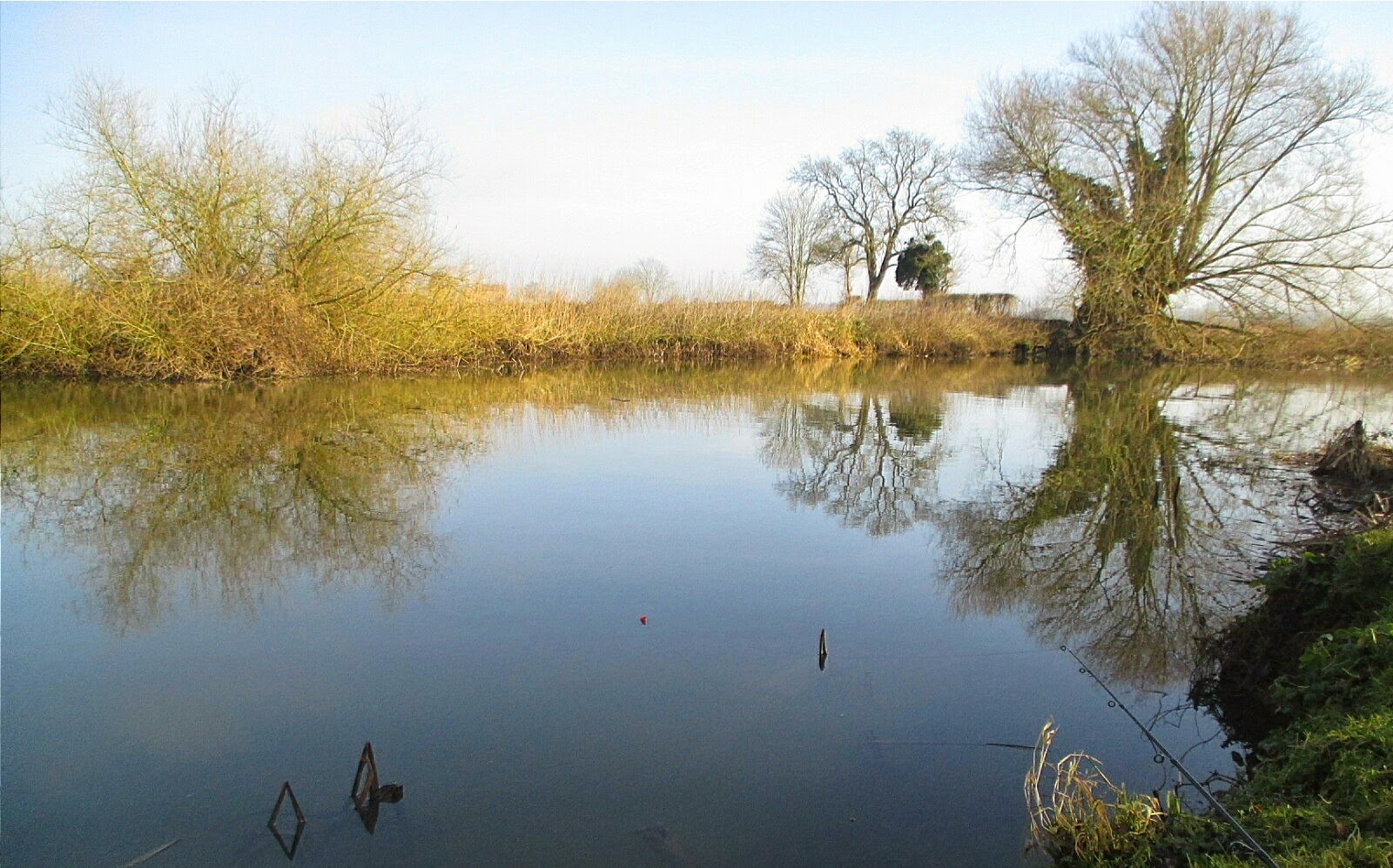 With it now being much colder I must give an overdue mention to my winter clobber.

My boots are my pride and joy. They are the Skee-Tex variety and have served me proud for over 15 years. I have changed the liner in recent years but otherwise they remain in fantastic condition. They are a heavy boot and won't be everyone's cup of tea, especially if you walk long distances through muddy land. Warm as toast though and very comfortable, they do exactly what I want and have given great value for money.

I can't say the same for my fishing suit. Until two years ago I'd never had one, but I took the plunge for a birthday present and went for a Pro Logic Comfort Thermo Suit, which came with a few quid off at the time through Go Outdoors.

First impressions were good. It was plenty warm enough, not too heavy and comfortable. The only niggle was the braces which just wouldn't hold their setting - a minor issue though that could easily be overcome.

However, after year one, the stitching on a jacket pocket came loose and I had to repair it. Towards the end of year two, almost simultaneously both legs of the trousers split near the seams. They went around the boot line where the stress is at its greatest when in the sitting position.

I'm nursing them through the last part of the winter, but I fear a good spin in the washing machine will finish them off. I'm not attempting more repairs, so a new purchase is required. If anyone has any recommendations, I'm all ears.

Another similar week of cooler settled weather lies ahead. Just a possible blip around Friday, before settling down again.
Posted by Sean at 13:04 6 comments:

Another water on the Warwick & District AS book today. Hopyards was the venue and it was my first visit there since summer 2009.

It's a venue I fished quite a bit over a few years, due to its easy access and high volume of comfortable pegs. Roach used to be the mainstay and I had many a happy session putting a bag of redfins together on the pole or stick. 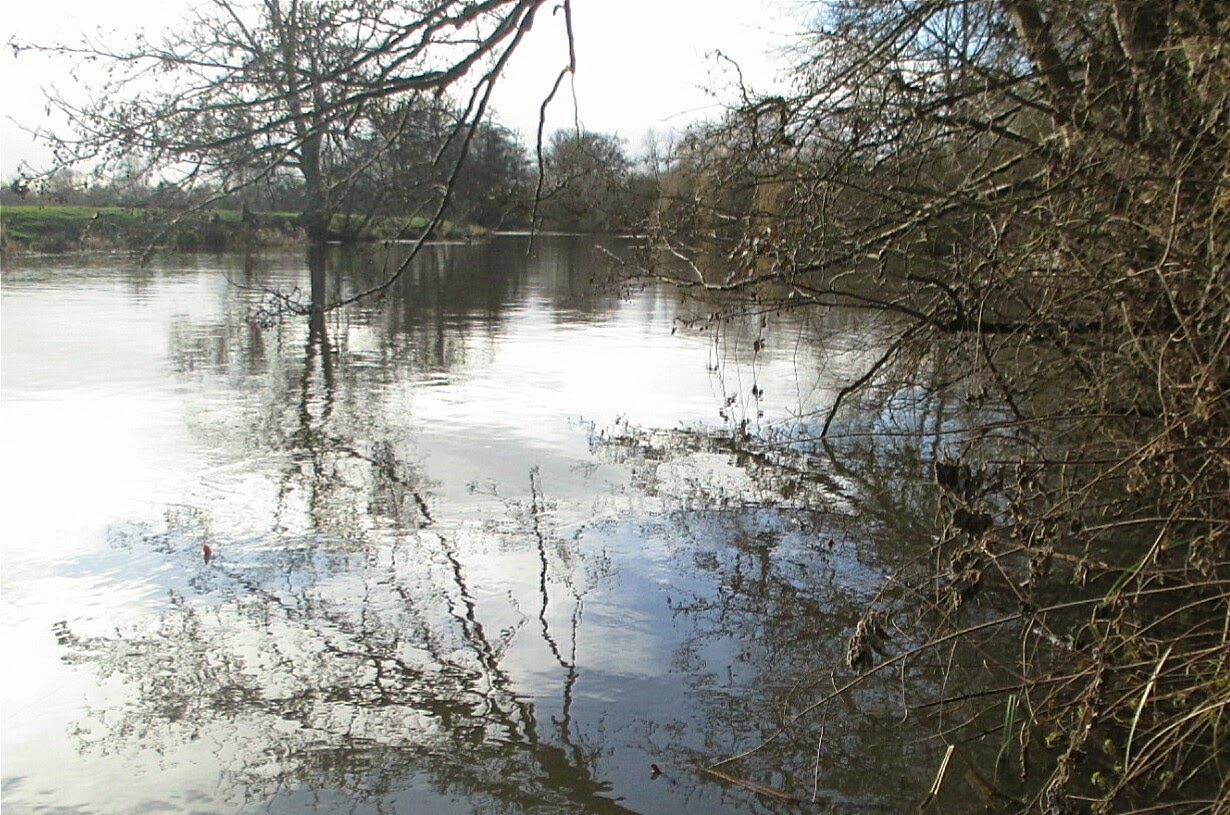 I wasn't actually sure where I'd fish, but as it was pretty much on the way to my other option, I dropped in for a look. The bitterly cold wind I felt in the car park was totally shielded when I reached the river. That made my mind up instantly. I didn't fancy a day of freezing my dangly bits off, so there was no question of me moving elsewhere.

This was purely a pike session and two rods were deployed. As with the previous week I opted for sardine and lamprey baits. 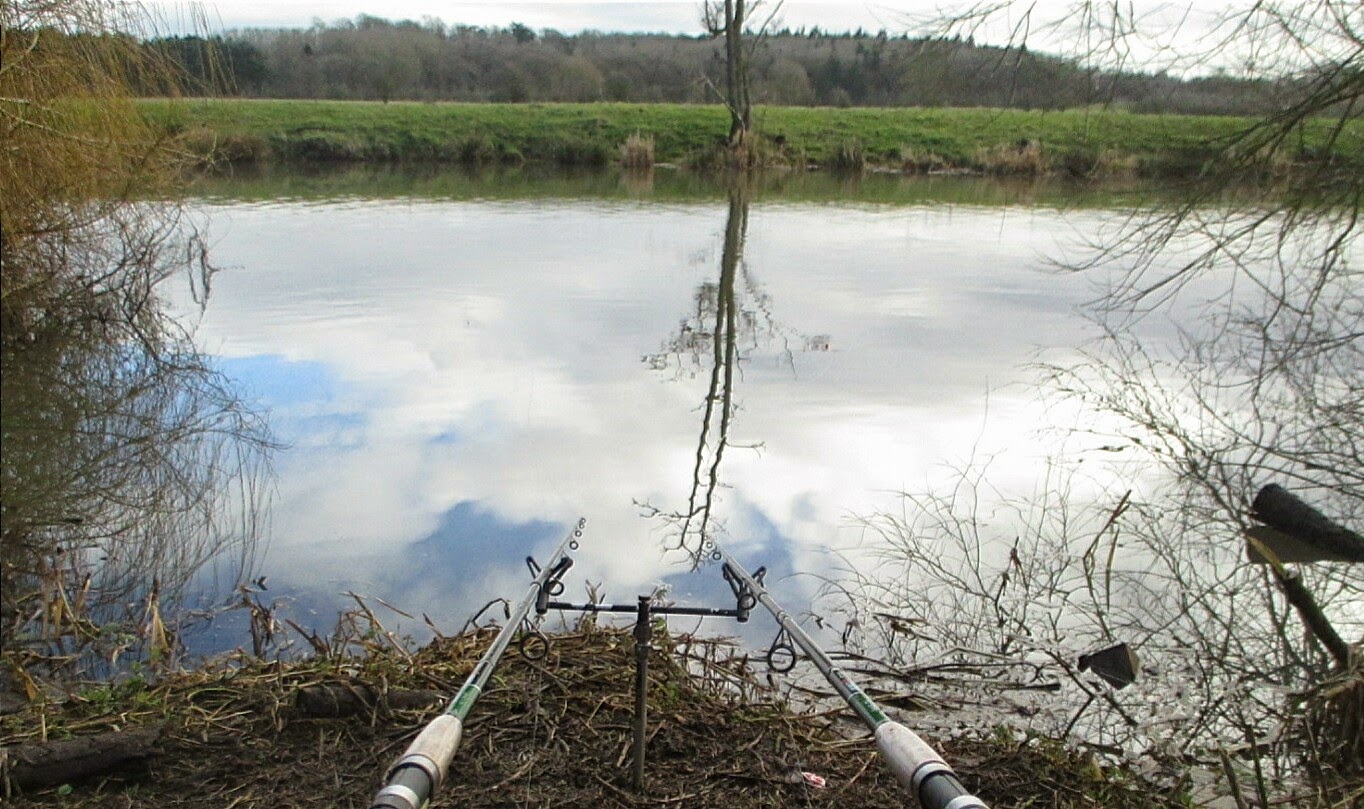 I hopped from swim to swim covering 5 in total, even trying my perceived banker swim twice. I worked hard but never had the slightest touch. Very few fish were seen topping either in the 5.5c water (I have a device to measure water temperature now - not sure of its accuracy, but the reading seems plausible). 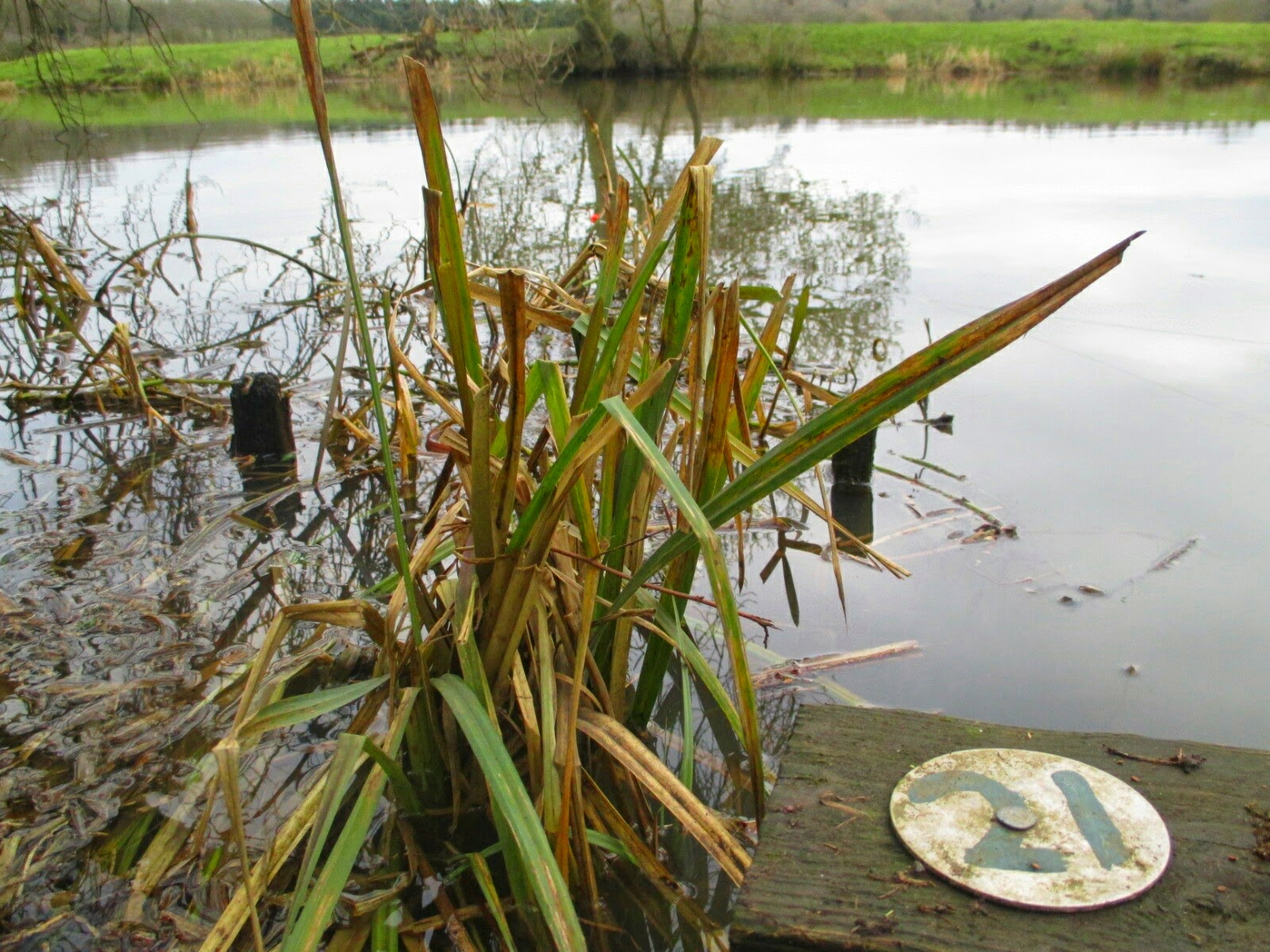 Maybe the extra water along with cooler temperatures has had an impact? Or could this stretch be less predator friendly than it used to be (a fellow blogger only caught one jack in four visits). Or was it just my own lack of skill on this occasion?

The girls from the local rowing club entertained me for short periods. A coxless pair even managed to briefly embed themselves in the willow at the end of my swim! I should mention that none of them were engaging in their charity related activities though: 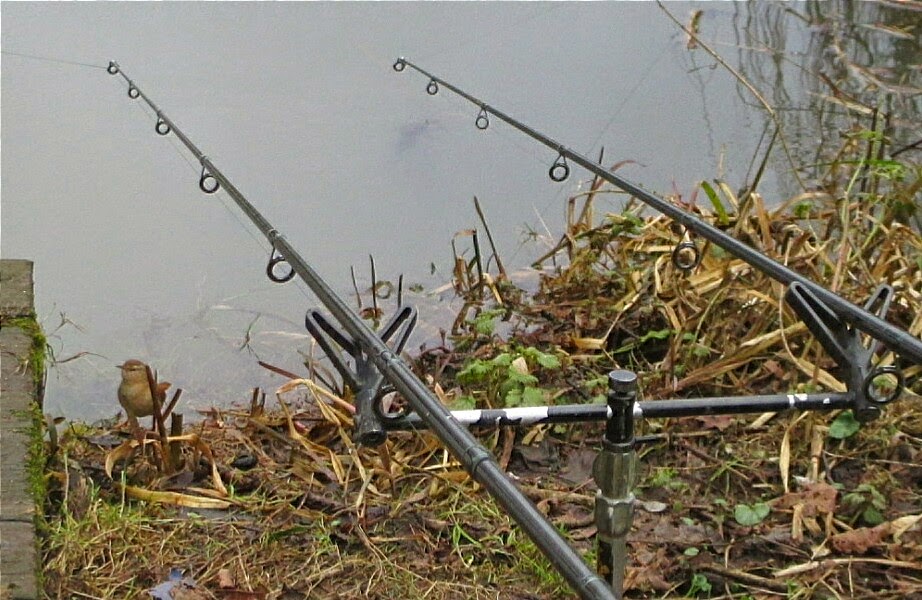 So, a blank start to the month and a cold week lies ahead. The search for a decent river pike will continue next week.
Posted by Sean at 11:03 5 comments: