After a week's break I had a brief return to "action" this weekend. I only had a small window available on Saturday afternoon, which pretty much saw the worst of the weekend weather.

With time against me I stayed local and figured on opening my Tench account at Ryton. I stopped off to renew my club book and headed off to the pool in good spirits. The wind was howling across the pool but a peg at the far end was free and quite sheltered, so I opted for that one. 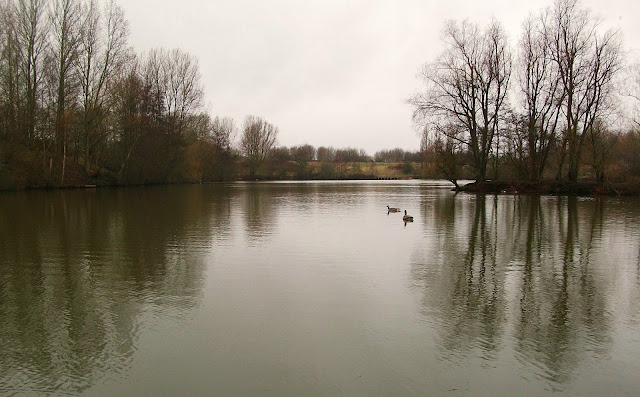 3 hours into the session and it wasn't going to plan. Biteless across both rods and getting increasingly wetter and cooler. Propects were poor and time was running out. Then the float dipped and slid out of sight. I had one of those bemused moments where after a few hours of nothing and having already accepted a blank, you can't quite believe that something has happened!

I came to my senses and struck into a fish. Not heavy or insane enough to be the Tench I'd hoped for, but a fish nonetheless. It just plopped up on to the surface long enough to be identified as a Perch - at which point the hook pulled free and I was back to blanking!

Where there's one Perch there's usually more around and I pressed on with renewed hope for the last few minutes. A pair of  Canada Geese were not exactly helping now though and at one point I thought they were going to take me clean out! They had a full on clash in the heart of my swim for a good minute or so and it scuppered any hopes of a late change in fortune. 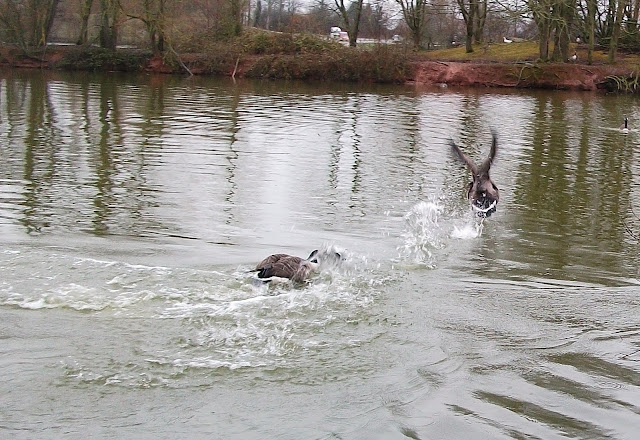 I bumped into Barry the bailiff in the car park - another fellow blanker! He said he'd had a few fish in the week though and was just looking for the weather to settle down again.

The forecast for next weekend is looking quite promising though, so hopefully I'll open up my April account next time.
Posted by Sean at 13:54 1 comment: