With the rivers out of sorts, the first two trips of 2016 were on the estate lake. The first yielded a predictably average return for the venue, based on my previous efforts. Seven roach in the 6oz to 10oz bracket and my first roach/bream hybrid from the lake. 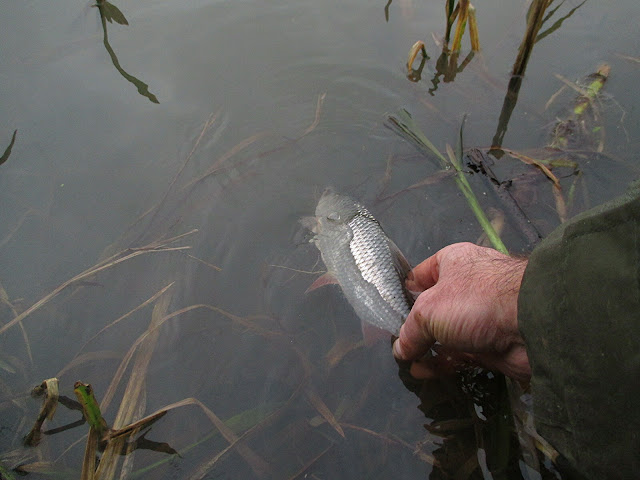 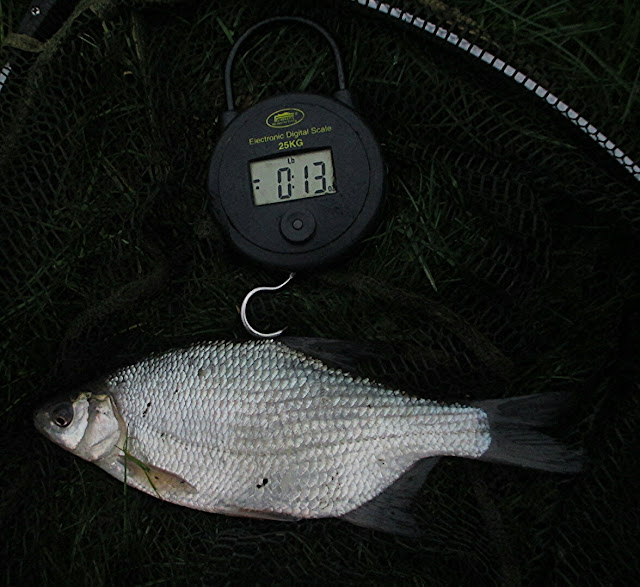 The return trip in cooler weather was much shorter and largely unproductive. Bites were hard to come by and lightning fast mainly. Easily missable when the action is in short supply and the focus switches to keeping warm. The best of three roach was around 12oz. 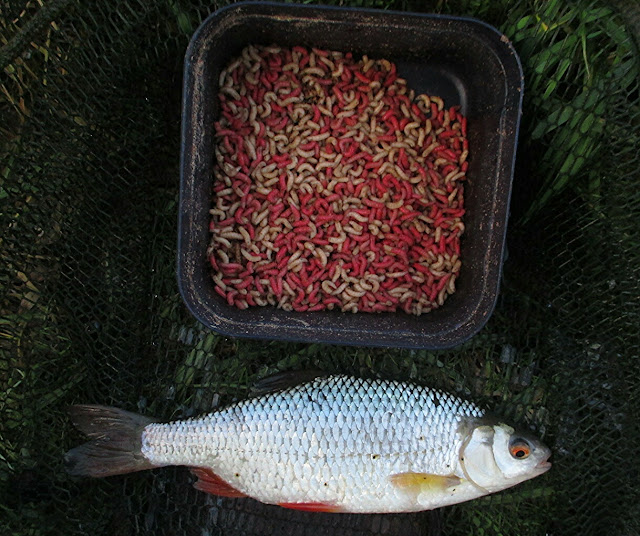 On to this week and after resigning myself to another battle with the roach midweek, the rivers started to play ball as we moved into the weekend. With a choice of three to go at, the Anker initially looked favourite, but a late blip left the Avon as the front runner.

Waking up to a good covering of snow on my car, I rubbed my hands and thought snow pike. It's a void in my hypothetical scrap book and this was the chance to close it off. With pike the main focus, I gave my new club book a miss in favour of my other stretch which I have much better knowledge of in higher water conditions.

As I got closer to my destination a reality check started to dawn on me. If you want a snow pike there are two things you need: snow and pike. Green fields with no hint of the white stuff were all I could see though! Bugger! I'd left the snow behind somewhere up the A46 and the moment was gone.

It therefore became a mixed session with deadbaits to the right margin and a maggot / straight lead approach down the middle. A jack first cast raised my spirits. It didn't take the static bait. It grabbed the smelt just as I was about to lift it clear of the water on the retrieve. 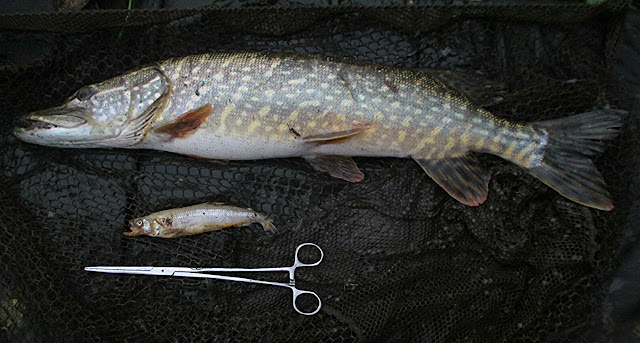 A decent looking bream rolling just above my swim caught my eye so I increased the groundbait and sat back. Within the hour I had a modest one in the net of 3lb 8oz. 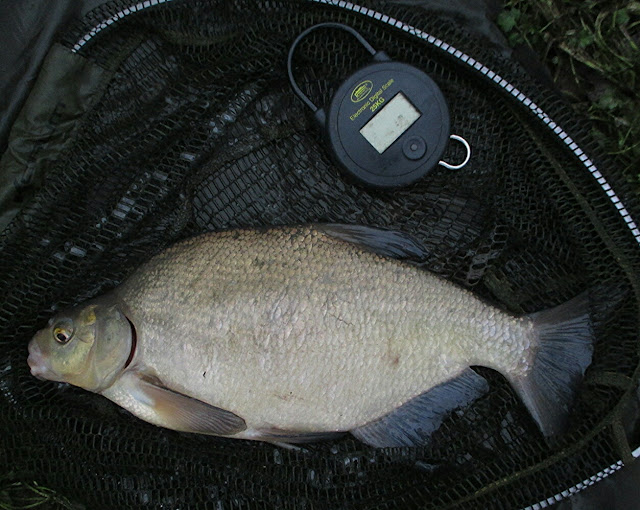 Annoyingly I think I bumped a couple of others off on the strike later in the session, not to mention the one that got away. Actually I have no idea what it was that I lost and after close on 10 minutes of being bossed around on light gear, I suffered a hook pull. It was an odd fight though and my guess is a decent bream foul hooked. They can often punch above their weight when foul hooked and this one had the benefit of a good flow of water too.

No more bream but I had a few roach and dace, along with one more jack that took a big chunk of sardine. Nice to get 100% success with pike hook ups this time. Sure beats 0% last time out! 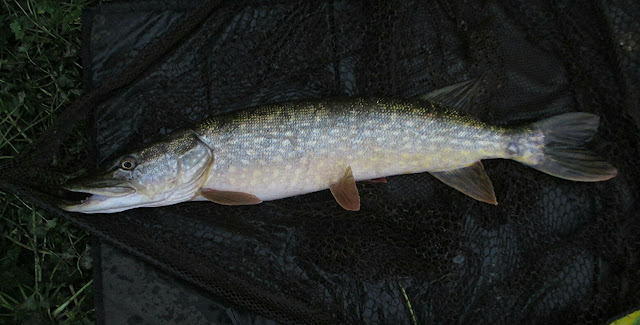 I was hoping to listen to a bit of test cricket, but Stuart Broad put paid to that a day eartlier. Can't fault him for that though and long may it continue. So, it was left to the wildlife to amuse me throughout the day. A Robin popped by and had a helping or two of maggots. 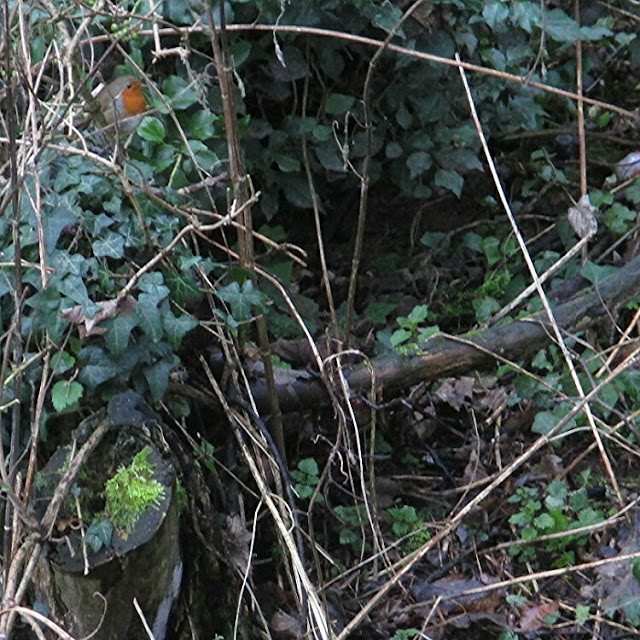 A buzzard and kingfisher proved far too elusive for the camera, as did an otter that caught me by surprise. The first I knew it had reached the platform just a few feet in front of me. This was the closest I'd ever been to one in the wild. I attempted to get a photo but it finally spotted me and dived away. All I got was the pattern of bubbles it left behind. 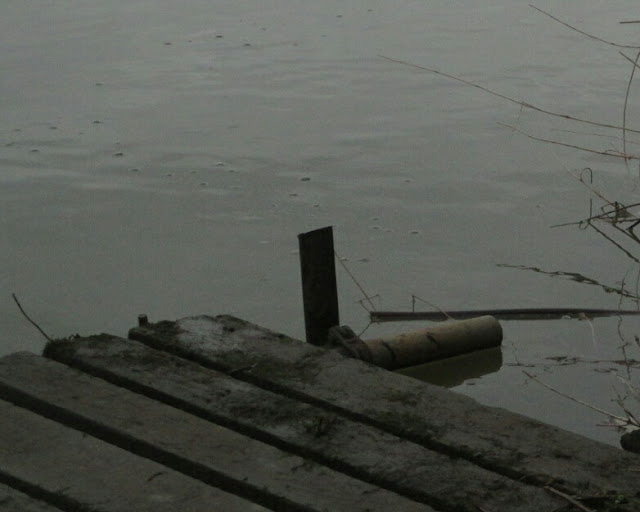 After a month away from running water it was good to be back. A proper winter's day, a few fish, the one that got away and plenty of wildlife. Not a soul in sight either. Just needed a bit of snow to cap it off!
Posted by Sean at 14:21 2 comments: