No weekend fishing for me this time around, but Monday saw me with a day off work and I headed down to Ryton Pool. With memories of past years' early season Ryton trips in mind, I was more inclined towards pessimism than optimism. An overnight frost and bright conditions did nothing to bolster my confidence.

Those thoughts aside, I wasn't at work and the day was pleasant enough, so I'd give it my best shot and just enjoy a relaxing session doing what I enjoy. I wandered round to the sand bank area and opted for the right hand peg. I baited up and rigged up a straight lead sleeper rod to sit on the alarm, while also planning to do some float fishing.

It was only when I'd set up the float rod and threaded the line through the rings that I realised the minimum requirement for float fishing is having at least one float at your disposal! I'd slipped up because I had an enforced garage clear out in the week, due to the gas board doing work in our area and wanting access. Naturally, I cleared the fishing gear out of harms way.

The float box which was surplus to requirements on my previous trip got moved and didn't make it back into my bag. Float fishing was therefore off limits. Plan B was to simply fish two straight lead rigs and it gave me an excuse to test out my new bite indicators.

Plan C then had to be hatched because I now realised that during the time wasted in setting up the float rod, the Coots had moved in. Four of the little buggers were dive bombing the baited area with ever increasing vigour. They thought that Christmas had come early! I tried to dissuade them as best as I could, but it became all too clear that they weren't going anywhere. In all honesty I knew it was only likely to end in a hooked bird at some point if I didn't constantly keep on their case. Yelling out obscenities at wildfowl for an entire session isn't good for your state of mind. Something had to give...

So, plan C was to leave them to gorge on the baited area and I would rebait the left hand peg on the sand bank. The theory was that they wouldn't bother me if I didn't bother them and that's the way it worked out. It cost me a bit of wasted bait, but probably worth it in the end. I had lost a lot of time and it was gone 10-30 before I wet a line properly. 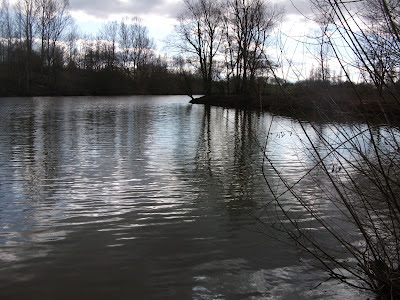 Now when I say worth it, the action wasn't exactly frantic. It was a tough old session with nothing to show until well into the afternoon. Then, as if by magic, I had an indication on each rod - both within 15 seconds of each other. Just like buses I guess! The first bite was missed, but the second connected and I banked a small Roach.
A further Roach followed later on and I had a couple of other brief connections with small fish that resulted in the hook pulling out early on. The first fish that gave any sort of fight was a very feisty Tench of 3lb 7oz that didn't half scrap and came well into my final hour. I thought it was going to be closer to 5lb judging by the power of it. 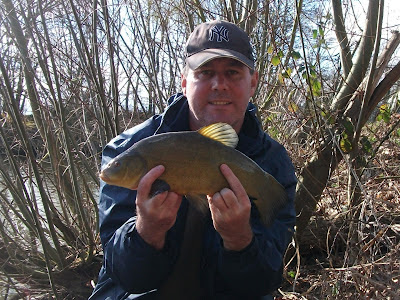 Not long after a second Tench put in an appearance. This one was a little better at 4lb 4oz. 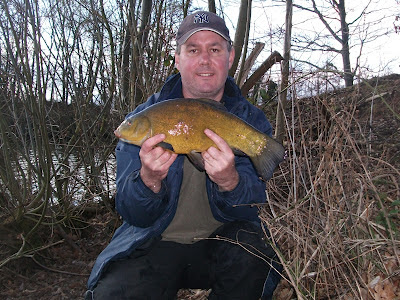 I gave it a few extra minutes to try for one more fish and I duly connected to a Rudd of maybe 8-10oz that slipped the hook close in. I would have liked to carry on fishing, but time got the better of me again.

I can't recall getting amongst the Tench at Ryton during March before, so I was more than happy to bank a brace. I'll be giving them some stick over the next few months for sure. I always like the challenge at Ryton - it can be such a fickle place, but get it right and it can bring some nice rewards.

I also noted that the bank work has now started on the road bank which now looks very open and bland - there's a lot of information desk pegs now! I'll reserve judgement for now.
Posted by Sean at 15:31 2 comments:

The final weekend of the season arrived and I was struggling to find a slot to get out. With the weather feeling very spring-like, I simply had to find a few hours - especially as I had bait already waiting in the fridge. I managed to squeeze a 4 hour session into Saturday afternoon and I took a punt that a small pool on the River Blythe would be empty. I'm pleased to say that it was!

I spent a very pleasant 4 hours alternating maggots, caster and bread on a light straight lead set up. Bites came fairly quickly on the maggot and I caught a few Chub in the 6-8oz class. A better stamp fish of around 2.5lbs then put in an appearance, which gave me a chance to test out my new camera adaptor that I'd rigged up in anticipation for some self takes. 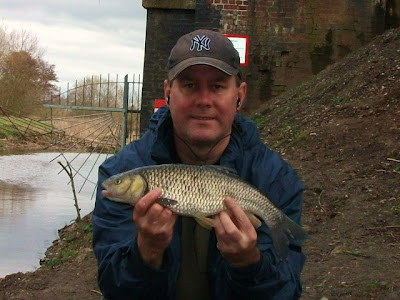 I snaffled another similar stamp fish a while later,  but this one had  been in a few scrapes in its time. The photo actually shows its best side! 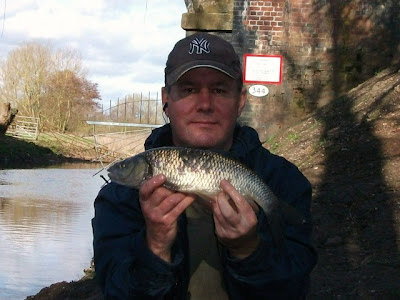 A switch to bread saw me pull out of a fish early in the scrap and things went quiet for a while. Even a switch back to maggots didn't see any improvement. I didn't use my brain quickly enough though - if I'd remembered back to my only previous session in this swim, I'd have recalled that the fish seemed to drop back down the swim as the session wore on.

As soon as I chucked the lead an extra 5 yards downstream, the tip started moving again. I managed a couple of small fish and one other Chub in the 2.5lb class before time got the better of me. 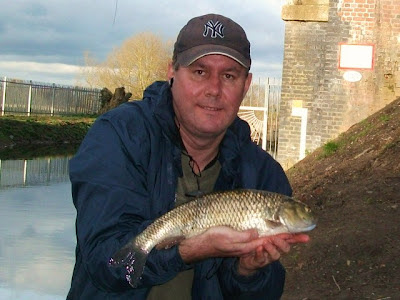 In total I had around 10lb of Chub to end my river season. No big fish, but a pleasant enough end to the campaign on a small river.
Posted by Sean at 13:58 1 comment:

A Day At The Palace

This week saw me heading off to Blenheim Palace with Brian. I'd seen other bloggers' reports from their past trips, as well as a few other articles and I was inspired to give it a try. At £25 per boat at this time of year, it's a cracking deal when you consider the potential of the venue. Anticipation was high, but we knew it wasn't going to be easy.

A bit of homework gave me a few ideas of areas to try, but the number of other boats on the lake would dictate things. We arrived about 10 minutes after opening time and we were last on the lake, albeit only the third boat out! I didn't think it would be that quiet on a mild March day. 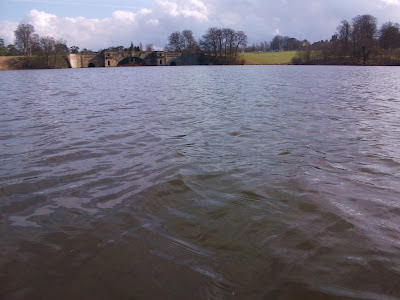 We headed off towards the Grand Bridge, taking a somewhat haphazard path through the water. I don't think the GB rowing team will be calling on our skills later this year! I quite enjoyed it though and being in a boat makes changing swims an awful lot easier.

I was suprised to get some early action on a Lamprey section on my first cast. I didn't actually see the float move, but I saw the line tightening up and hit it, but there was no resistance. I recast and also plopped out a second rig with a Roach deadbait.

The Roach was on the move next and this time I did connect with the fish. It knew instantly that it wasn't a monster, but I was happy to boat my first Blenheim Pike - a fish of 5-6lb. 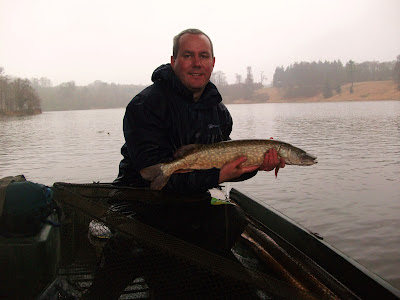 I had a further Pike a bit later - this time on the Lamprey section. It was a smaller sample though. At this stage we were tucked up under the bridge itself, which was providing some welcome shelter from the rain that had moved in. Once it had cleared we went on a mooch around the lake taking in various swims on the way. 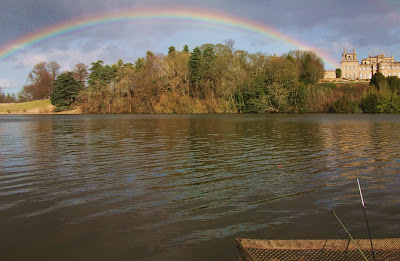 We didn't catch any more fish, despite returning the the Grand Bridge area for the final hour. It was good experience and one that we'll definitely do again at some point. I'd like to see the lake in the height of summer and to have a long day going for some of the other species it holds.
Posted by Sean at 09:04 2 comments: