I've been quiet on the blogging front recently. A couple of weeks ago I suffered another blank at Ryton and I couldn't bring myself to post about another poor session. I gave the fishing a complete miss last week and concentrated on pushing ahead with some long overdue bank work down on the river. That condemned me to a fate that I didn't see coming - a totally fishless April!

This week I decided to head back to Snitterfield Reservoir for a Saturday afternoon / evening session. I'd struggled there back in March in pretty awful conditions, but things were much better this time around. I wasn't going to kid myself that it would be easy, as it can be slow to get going each year. Once it does pick up, it can be a cracking water though. 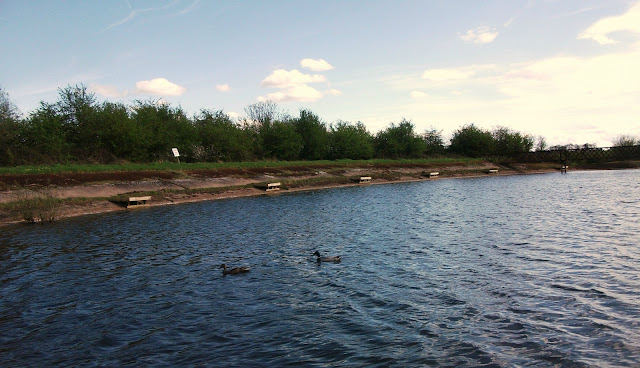 As it turned out I was right to be cautious and the bites weren't exactly plentiful. I was in two minds whether to set up a sleeper rod, but the lack of instant action pushed me to reach for the trusty Avon Quiver rod which would plunder the margins. I dropped in 4 balls of groundbait and a couple of handfulls of hemp and caster. A large piece of bread flake was the bait.

I pressed on with the main line on the float and I wasn't having any luck with the silver fish. I turned to pick up my pocket radio to catch up with the latest sports news when my margin rod screamed into action. Luckily I'd had the sense to slacken the clutch right off and a fish had started to take plenty of line.

A lengthy battle ensued and it dawned on me that it was probably a potential personal best. I eventually got top side of it and Brian helped with the netting duties. It was a nice fully scaled mirror which weighed in at 14lb 15ozs and it beat my previous best by over a couple of pounds. 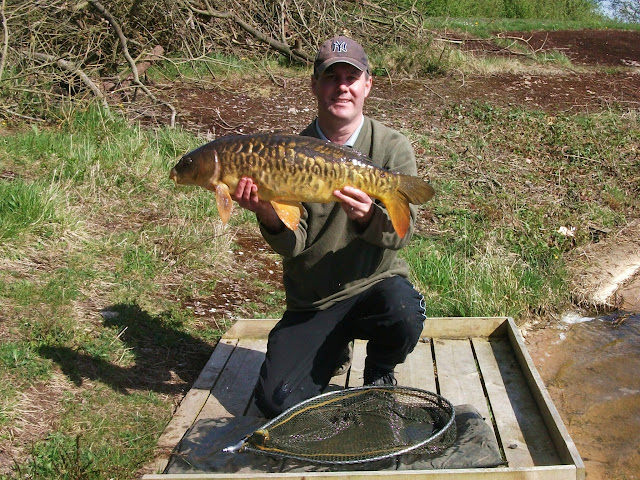 As the day wore on, it didn't get any easier on the float rod - just a few Perch to show for my efforts. The margin rod threw up a couple of other fish though.

The first was a Crucian Carp which also took a big piece of flake on a size 10 hook. Not exactly the tactics you would normally use for catching shy biting Crucians! It weighed 1lb 9oz and was also a pb as it happens. 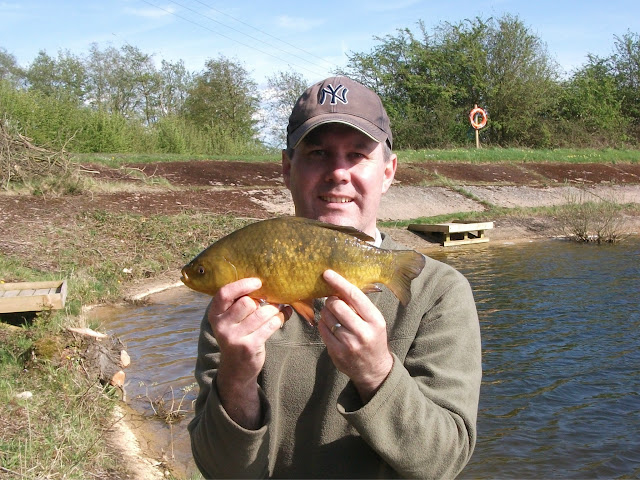 The last fish came on my final cast and was a Bream of around 2lbs. It was as rough as sandpaper in places and was well into spawning mode. 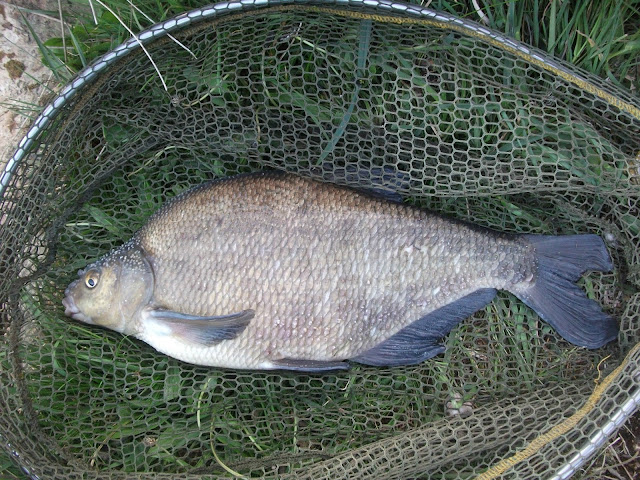 It's nice to report some fish on the bank again and hopefully things will push on from here.
Posted by Sean at 13:29 2 comments: