Another month drifts by and there was next to no fishing for me. DIY work has somewhat swallowed up most of the limited spare time I've had.

The good news is that I'm on track to finish the current phase of work this weekend, leaving me with a whole day to indulge myself. Weather permitting, I sense a rare dawn to dusk session is a shoe in.

November fishing activity won't take much summing up. Sessions, proper bites and fish were all equal at one each. 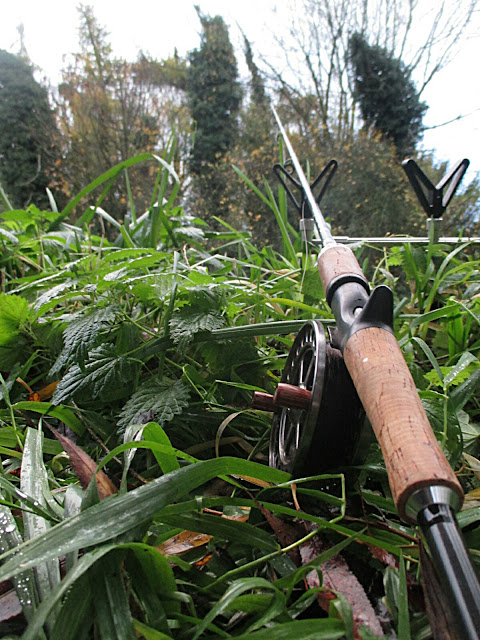 Tackling the Avon, I fished a deadbait rod (smelt), hoping I might sneak a zander. It remained biteless for the entire 4 hours. Luncheon meat was used on the other rod and although quiet, I did get one positive enquiry which yielded a small barbel of 5lb 7oz. 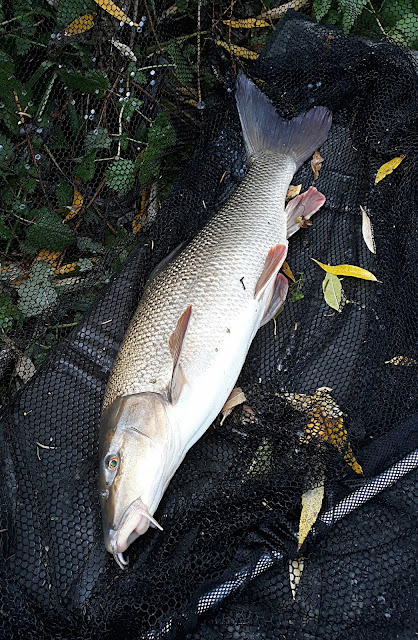 Being a bit of a statto by trade, I like to keep records to look back on. The barbel on the stretch in question are showing a downturn in size for me this year. Across the previous 3 seasons I had a pleasing running average of a shade over 9lb, but this season's fish average out to just over 7lb so far. The number of fish are similar though, so that remains encouraging.

Significant rain would be most welcome, as long as it doesn't wipe the river out over Christmas again. I'm hoping to make the most of an extended festive break this year.
Posted by Sean at 15:09