The weather kept me out of action last week. I was hoping to rekindle things with the river again this week, but the heavens had other ideas. It was looking better until the very back end of the week, but things then went downhill Friday evening. A quick look at the EA river levels site on Saturday morning confirmed that it was back to a stillwater again for me.

With rain due in the afternoon I settled for a quick morning session at Ryton. It's a venue that I haven't fished since last winter and although I've had my share of good days in the warmer months, it has always been rock hard during my winter visits in the past.

This year we don't seem to be having a winter at all. It's been largely frost free and relatively mild, but all too much of the wet stuff for my liking since mid December. Time, or lack of it, was the key to today though, so it had to be Ryton for a spot of piking.

Three previous attempts to catch a pike at Ryton had all resulted in royal blanks, so I set off with one target in mind - to catch anything. 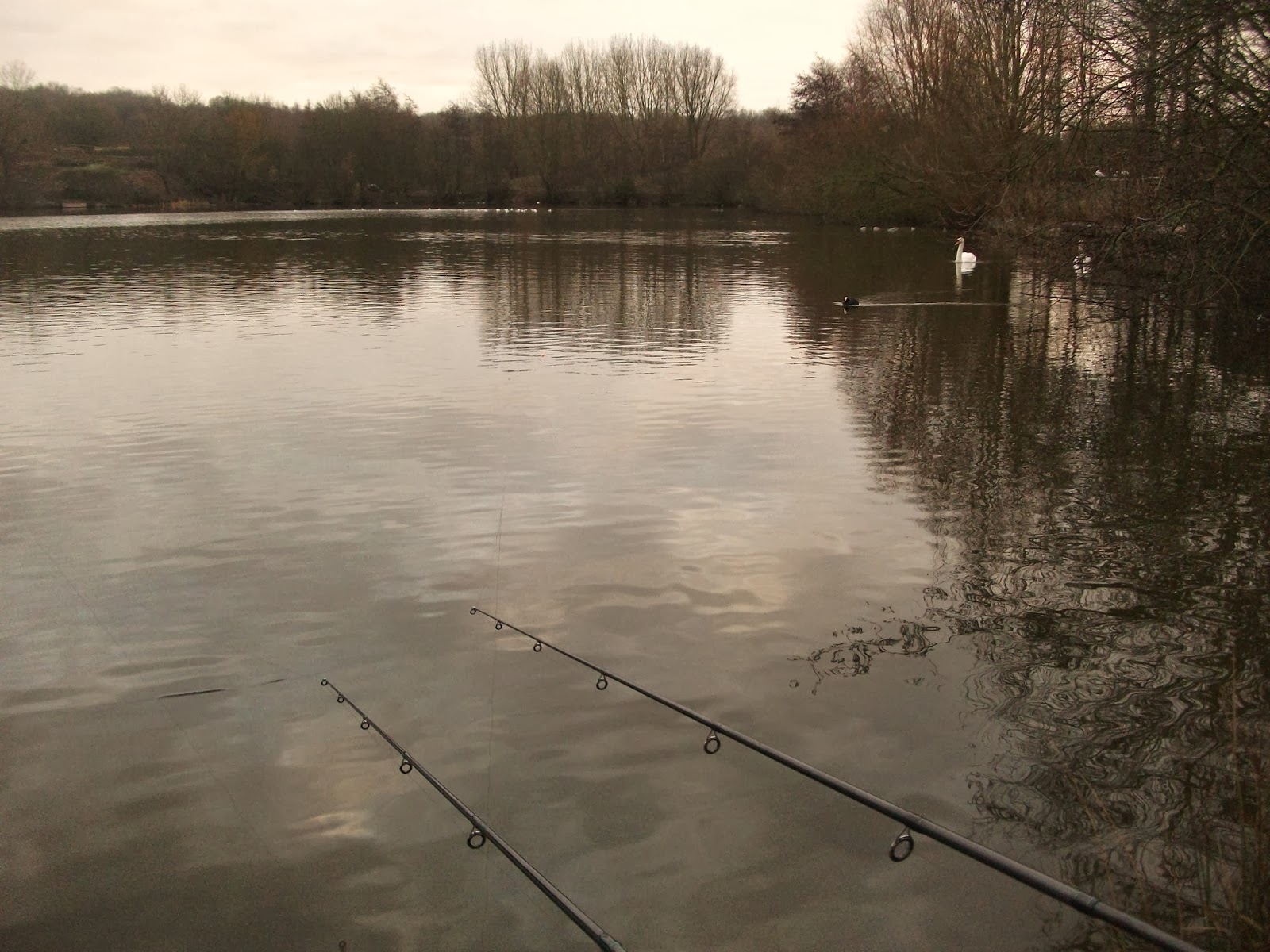 I took up position on the road bank on the old information desk peg, which is now part of the new purpose built bank that was added a year or so ago. It's the first time I've fished off that area since it was redeveloped.

A couple of deadbaits were plopped into place. I twitched them around the swim at various times to help cover as much water as possible. Expectations were low, but about 30 minutes into the session the left hand float bobbed and slid away. A fish was on!

The pike have been known to top 20lb in this pool, so with great expectation I struck into the fish. It was quickly obvious that this one wasn't going to trouble even 2lb though! I didn't really care though - I was just happy to catch my first pike from the venue.

And that was it. I didn't get any more bites over the next couple of hours. The resident male swan (which is a well known psycho) shows no sign of mellowing. A couple of young swans (possibly its offspring from last year) were taking the brunt of his rage. My swim saw some of that action.

I'm itching to get back on the river, but I'm already doubting things for next week. More heavy rain is due tomorrow and we won't need much more during next week to wipe out another weekend. Time is running short for the river season and January has now been totally washed out for me.
Posted by Sean at 08:06