Another afternoon session and with it being chilly, I switched to a full predator attack. Sadly, it wasn't much of an assault - more like a gradual and unconditional surrender.

The usual car park encounter with the cheeky resident robin kicked things off. This bird knows the score and is a proper little beggar! Incredibly friendly too, but that goes for most of these red breasted creatures. A light snack was dished out and I was on my way. 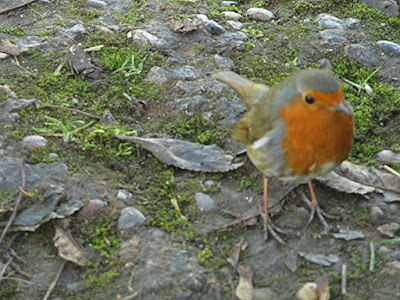 With just two cars in the car park I fancied I might get one of my preferred pegs. Unfortunately the occupants were either side of where I wanted to be, once I'd reached the river. Now I know I could have sandwiched between them, but it's not my thing. I prefer a bit of space and peace, so I headed upstream to try a new peg. 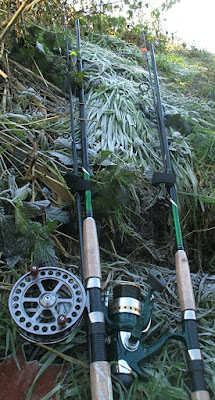 A nice enough peg, but a little lacking in depth for my liking. An hour or so of blanking followed. A move upstream to deeper water yielded the same outcome. 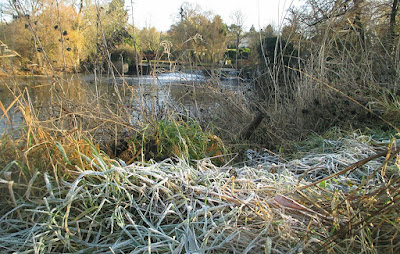 A final move back downstream saw no change in peg occupancy. In fact there was now more competition.

A long trudge further downstream seemed like a good idea, but when I got to a vaguely suitable peg, I found myself not really giving a damn. Some youths had appeared in the vicinity and seemed up to no good. I couldn't settle and by now any semblance of enthusiasm had been knocked out of me. The white flag was waved.

Even though I had a good hour+ of daylight left, I took one last wander across the meadow to the car. I bid the robin farewell and headed home for a date with a food cupboard. This is the annual pre-Christmas space clearing ritual where all manner of out of date crap I never knew my wife had bought, is consigned to the bin. It seemed marginally more exciting than more blanking!

Some days it's just not meant to happen, but it's still nice to be out though and the exercise will do me good I guess. A mixed bag of weather this week and if things drop right for next weekend, I'm hoping to squeeze a little more time on the bank. I just hope to get my net wet next week...
Posted by Sean at 14:24