Just the one brief  moment where I let my hair down during the 3 month hibernation period.

It wasn't planned well. In fact it wasn't really planned at all. It was late on a Saturday afternoon. With no boozy companions available for the evening and a toddler acting compliantly and sleepy, I declared I was going fishing.

I lobbed some gear in the car and headed for the car par park peg on a local club water. Nobody else there at all. Technically I shouldn't have been either, as the day in question was a closed day - for work party duties.

I genuinely didn't realise until I consulted the vast rule list on arrival, but I figured I was there anyway and the work party ship had sailed many hours earlier, so I decided I wasn't getting in the way.

All I caught were a skimmer and some of the many ugly carp (battered mouths) that call this place home. Nothing pretty! Fair reward for my lack of effort I'd say.

It gave me a quick fix though, put a bend in the old Avon rod and gave a robin a bit of company (or was it the other way around?!). Total fishing time 2.25 hours. Closed season resumed. 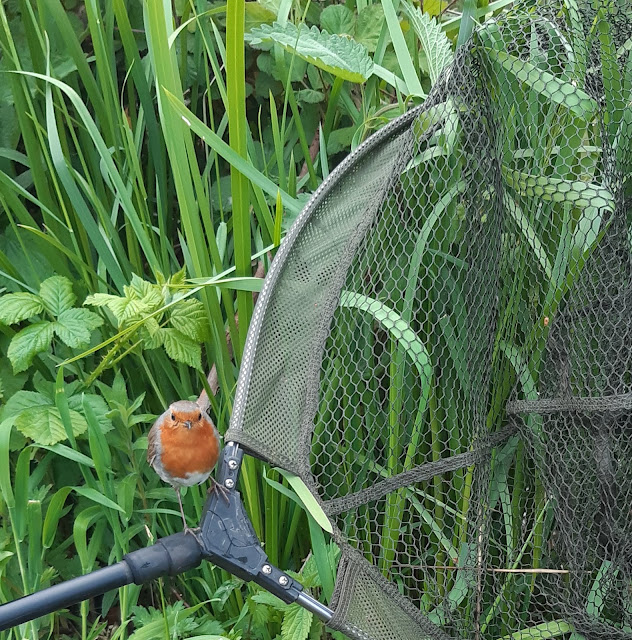 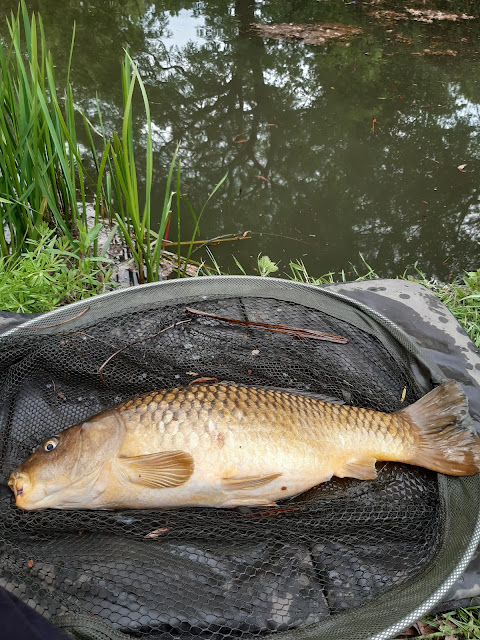 Thankfully the rivers are open again soon. I'm not sure exactly when I'll get off the mark, but I've booked a week off work from the first Monday, so I'm not too bothered about rushing out on the 16th this year. I'll be working that day.

Early season plans are simply to get around different venues (particularly those I've neglected) and to mix it up a bit. Definitely a series of catch anything and everything sessions - no doubt interspersed with the usual blanking. Looking forward to it...